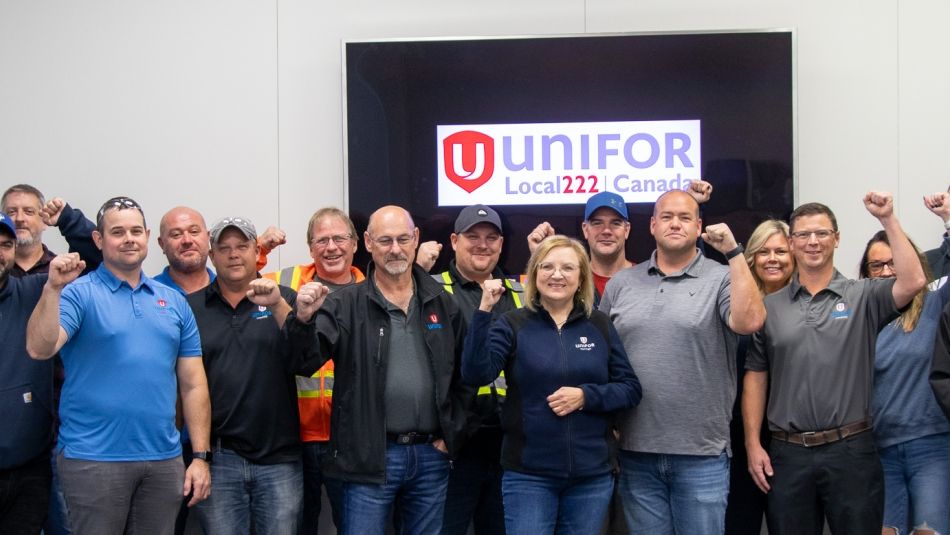 Once slated for closure, The remarkable return of vehicle production to the General Motors (GM) Oshawa Assembly Complex has been compared to a phoenix rising from the ashes. The comparison is far from an overstatement.

Unifor’s “Save Oshawa GM” worker-led campaign was the union’s largest and boldest to date. It led to a deal with the company that would see the plant’s stamping operations preserved and its footprint maintained. That deal paved the way for the $1.3 billion investment in 2020 to retool, reopen and return production to the plant.

On November 8, 2022, the plant marked the first anniversary of the resumption of vehicle production.

In a recent tour of the plant, Unifor National President Lana Payne and National Secretary-Treasurer Len Poirier got the chance to speak directly to assembly line workers about the transformation of GM Oshawa.

“Everyone takes a great deal of pride in the work they do and the vehicles they build. It was inspirational to see how united GM Oshawa workers are and how strong our local leadership truly is,” said Lana Payne, Unifor National President. “This is also a workforce that is much more female-dominated, youthful and diverse than in the past. Workers at GM Oshawa have set new standards for a manufacturing sector that is more equitable and inclusive.”

The Canadian auto sector is traditionally male-dominated. However recent initiatives at GM Oshawa have helped diversify the workforce. Today, half of the plant’s workers are women. Reopening the Oshawa plant presented an important opportunity for the union to work with GM to recruit workers from diverse backgrounds. This partnership led the company to change hiring practices to remove barriers to women, new Canadians, youth, and other equity-seeking groups securing good union jobs at the plant.

Retooling of the Assembly Complex was the fastest in the company’s history helping to speed up the economic recovery of the Durham region.

“There is no doubt that the return of truck production to Oshawa saved the region’s economy and brought back many of the supplier parts jobs lost when assembly work ended in 2019,” said Len Poirier, Unifor National Secretary-Treasurer. “Seeing the incredible skillset of GM Oshawa autoworkers firsthand it’s clear that Canadian autoworkers can build anything we need. These trucks are among the best in their class, are in high demand, and will remain in demand for years to come.”

Ambitious government targets for electric vehicle sales in Canada means more retooling is underway in Ontario. The GM CAMI plant in Ingersoll is slated to produce the company’s BrightDrop line of electric delivery vans. The Ford Oakville assembly complex as well as the Windsor and Brampton Stellantis plants will also be retooled to build plug-in hybrid and battery electric vehicles. Meanwhile, GM Oshawa will continue to produce in-demand Silverado pickup trucks, which continue to rank highest in GM’s market segment across North America.

“Pickup trucks are helping fund the transition to electric vehicles, including Unifor members at the St. Catharines Propulsion Plant who build our powertrains and thousands of members who build auto parts throughout the supply chain,” said Jason Gale, GM Oshawa plant Chair and Chair of GM Master Bargaining. “We are heading in to bargaining in a much stronger position now than before and that gives us all a sense of optimism.”

The plant tour by Unifor leadership comes as the union prepares for negotiations with Detroit Three automakers next year.

“We have three shifts working around the clock in one of the most advanced facilities GM operates,” said Jeff Gray, Unifor Local 222 President. “Unifor members produce high quality products that are exceptionally lucrative for GM. We have a bright future ahead of us producing popular vehicles in an advanced manufacturing plant that can respond to future consumer demands.” 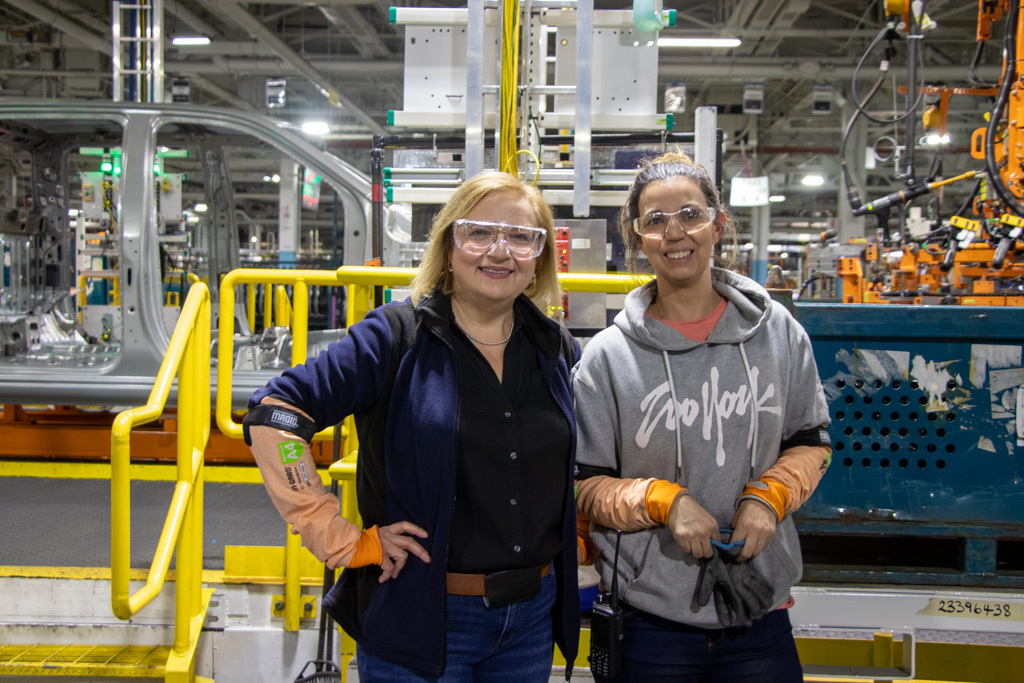 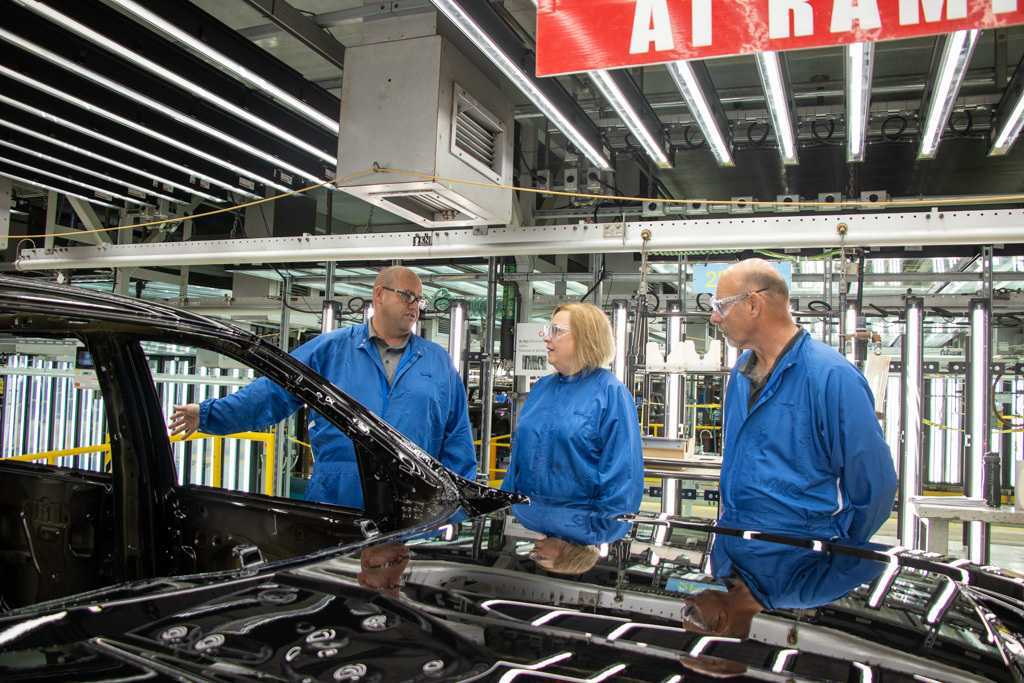 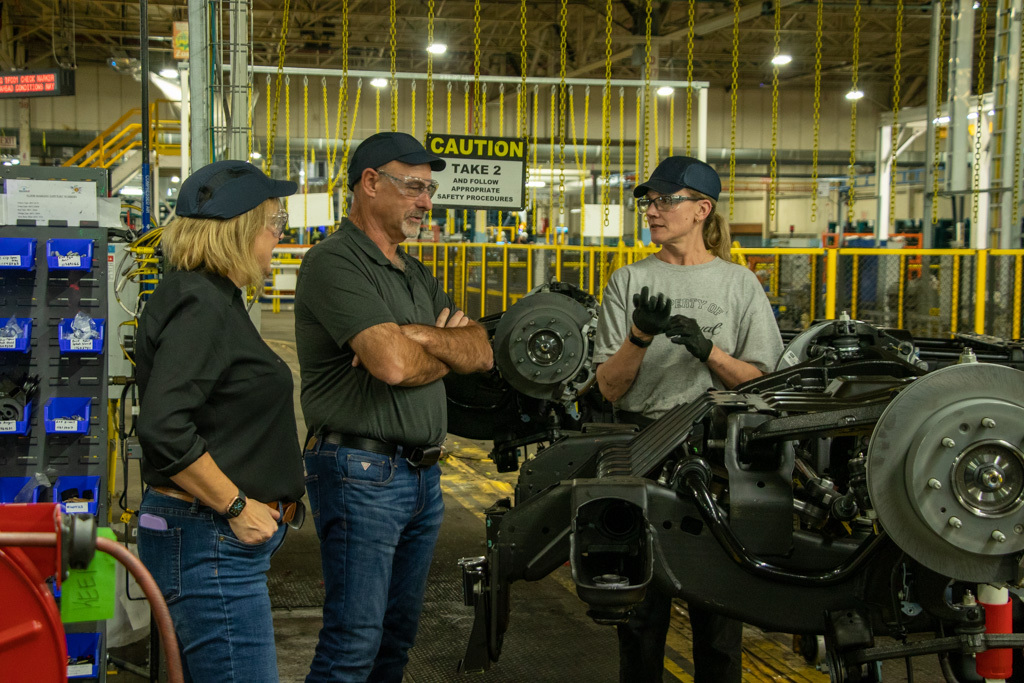