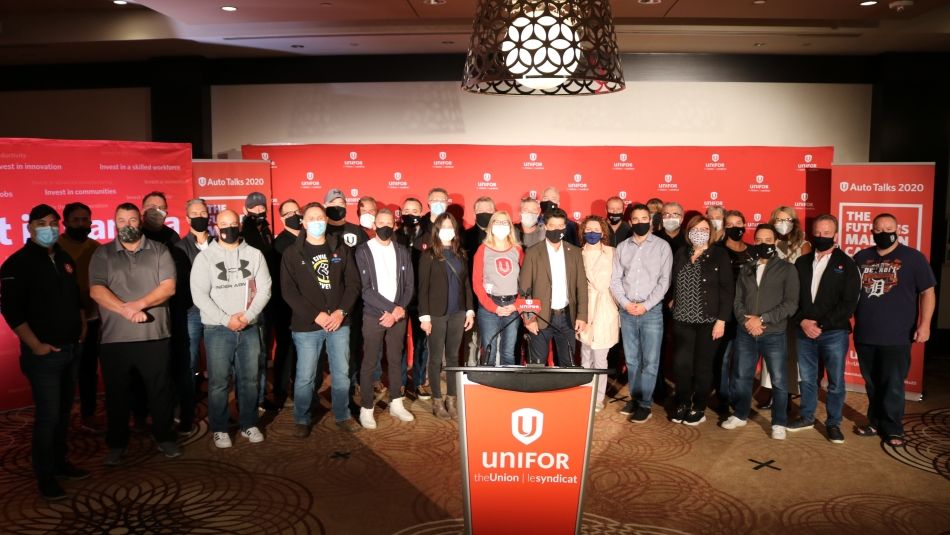 TORONTO—Unifor members working at Ford Motor Company voted 81% in favour of new three year collective agreements that include $1.95 billion in investments to bring battery electric vehicle (BEV) production to Oakville and a new engine derivative to Windsor, along with other significant gains.

“This is the single biggest investment in the Canadian auto industry in years providing long-term job security for Unifor members,” said Jerry Dias, Unifor National President. “The vote result not only demonstrates our members’ overwhelming support for their bargaining committees and their new collective agreement, but also shows Unifor members have a clear vision of a strong and prosperous Canadian auto sector.”

Highlights of the deal include $1.8 billion to retool and build new battery electric vehicles in Oakville, including a crossover utility vehicle (CUV), and $148 million for Windsor powertrain facilities. Ford has committed to source new 6.X L engines to the Windsor Engine Plant and sole source 5.0L engine assembly and current component machining to the Essex Engine plant, along with any derivatives.

“This agreement is perfect timing and positions our members at the forefront of the electric vehicle transformation, as the Oakville plant will be a key BEV supplier to the North American and European Union markets,” said Dias.

The union also negotiated a five per cent wage increase over the life of the agreement, along with a four per cent lump sum, a productivity and quality bonus of $7,250, inflation protection bonuses and major changes to the New Hire Program, including an 8-year wage grid, and re-instatement of afternoon and midnight shift premiums.

A 20 per cent wage differential has also been re-instated for skilled trades workers and many improvements to benefits have been negotiated along with paid domestic violence leave and a racial justice advocate.

“We went into bargaining with two major priorities, to secure new product allocation and make progress on wages and working conditions for our members, and I think it’s safe to say we hit a home run on both fronts,” said John D’Agnolo, Chair of the Master Bargaining Committee.  “We want to thank the bargaining team, our local leadership, and the members who showed unwavering solidarity through some very intense weeks of bargaining.”

Talks with Fiat Chrysler begin later this week. A digital media kit can be found on this website.