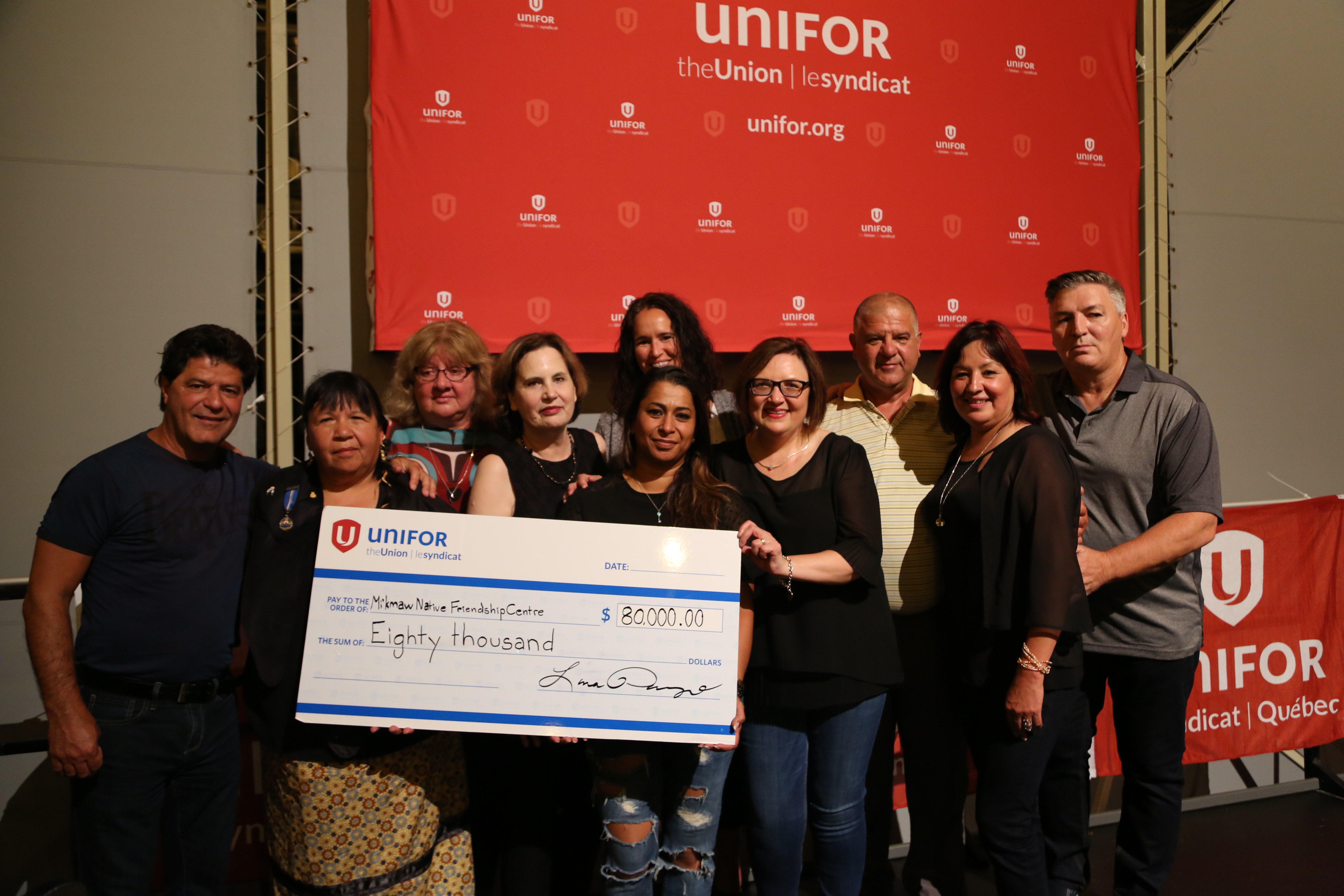 As part of Unifor’s broader social mandate, the Canadian Community Fund (CCF) supports projects to improve the lives of working people and those who are most vulnerable in Canada.

The CCF receives its funding from employer contributions negotiated by Unifor on behalf of members. There are currently 28 contributing employer partners, with the union working to increase that number in its ongoing collective bargaining process.

Since its inception in 2016, the CCF has donated almost $750,000 to multiple organizations to aid communities across the country.

When disaster struck, the CCF was there to help families in their hour of need and in the rebuilding effort. In 2018, the fund donated a total of $125,000 to the Canadian Red Cross to provide emergency supplies and shelter in the aftermath of record flooding in New Brunswick, devastating wildfires in British Columbia and destructive tornadoes in Quebec and Ontario.

The Toronto Strong Fund also received a $50,000 donation to help victims and survivors of the misogynist van attack that claimed ten lives and shattered many more.

In keeping with the CCF goal to create a fair and equal society, funding was provided to Equal Voice, a non-partisan organization dedicated to electing more women to all levels of political office in Canada.  The $30,000 donation was directed to the Equal Voice Daughters of the Vote initiative, which brings emerging young women leaders from every federal riding to Ottawa to take their respective MP’s seat in Parliament for a historic sitting of the House of Commons.

The CCF broke new ground, literally, with a $100,000 donation to the Forster Hub Seeding Community Project, an innovative indoor agriculture program in Windsor, Ontario. The greenhouse farms, operated by charities and NGO’s, can grow one acres’ worth of crops in just 36 square feet using 98 per cent less water and no pesticides. The community owned farms supply sustainable growth fresh produce while putting the needs of people, neighbourhoods and the planet first.

CN Rail contributions to the Canadian Community Fund were matched by Unifor to donate a total of $250,000 to Indspire, in support of scholarship and bursary program for Indigenous students, in 2016 and $250,000 to the First Nations Child and Family Caring Society of Canada in 2017.

The fund’s largest project to date has been the Unifor Canadian Community Fund Training Centre, built in cooperation with the Shoal Lake 40 First Nation. For almost a hundred years, the First Nation has remained cut off from the mainland and is only accessible by boat in the summer and a dangerous ice road in the winter. The Centre provided training to local workers for the ‘Freedom Road’ project, a 24-kilometre road connecting Shoal Lake 40 to the Trans-Canada Highway expected to complete in spring 2019.