Learn more about the radical changes to workers' rights in Alberta.

Working People in Alberta are Under Attack

Since being elected, Jason Kenney's United Conservative Party (UCP) government has taken aim at the rights of working people in Alberta.

From free speech to bargaining rights to workplace health and safety, laws in Alberta are being tilted against workers and threaten to make employers more powerful than ever.

Combined with massive job losses (including the largest public sector layoff in the province's history) and bungling the COVID-19 response, the UCP government is failing working Albertans.

Workers are Fighting Back

Unifor members in Alberta are organized and standing up to Jason Kenney. Workers refuse to be silent while basic rights are being undermined during a pandemic. This is not a partisan campaign—but the UCP has picked a fight with working people and we're going to fight back.

In this new attack on working peoples’ rights, Jason Kenney is using government regulations to benefit his friends in big business. Fixing the rules to give even greater power to the rich and powerful will only hurt Alberta’s economic recovery. Working people must be heard if we’re going to build a more fair and sustainable society.
—Unifor Western Regional Director Gavin McGarrigle

How to Use this Site

This site is a resource for workers who want to protect their rights at work. Each tab above has educational information to be shared with coworkers, family, and friends. Most Albertans don't know the full scope of what they're losing with Jason Kenney's new laws. Help get the word out and encourage others to speak out!

Speak out against changes to your rights

Write your Alberta MLA and tell them you don't support U.S.-style labour legislation.
Spread the word 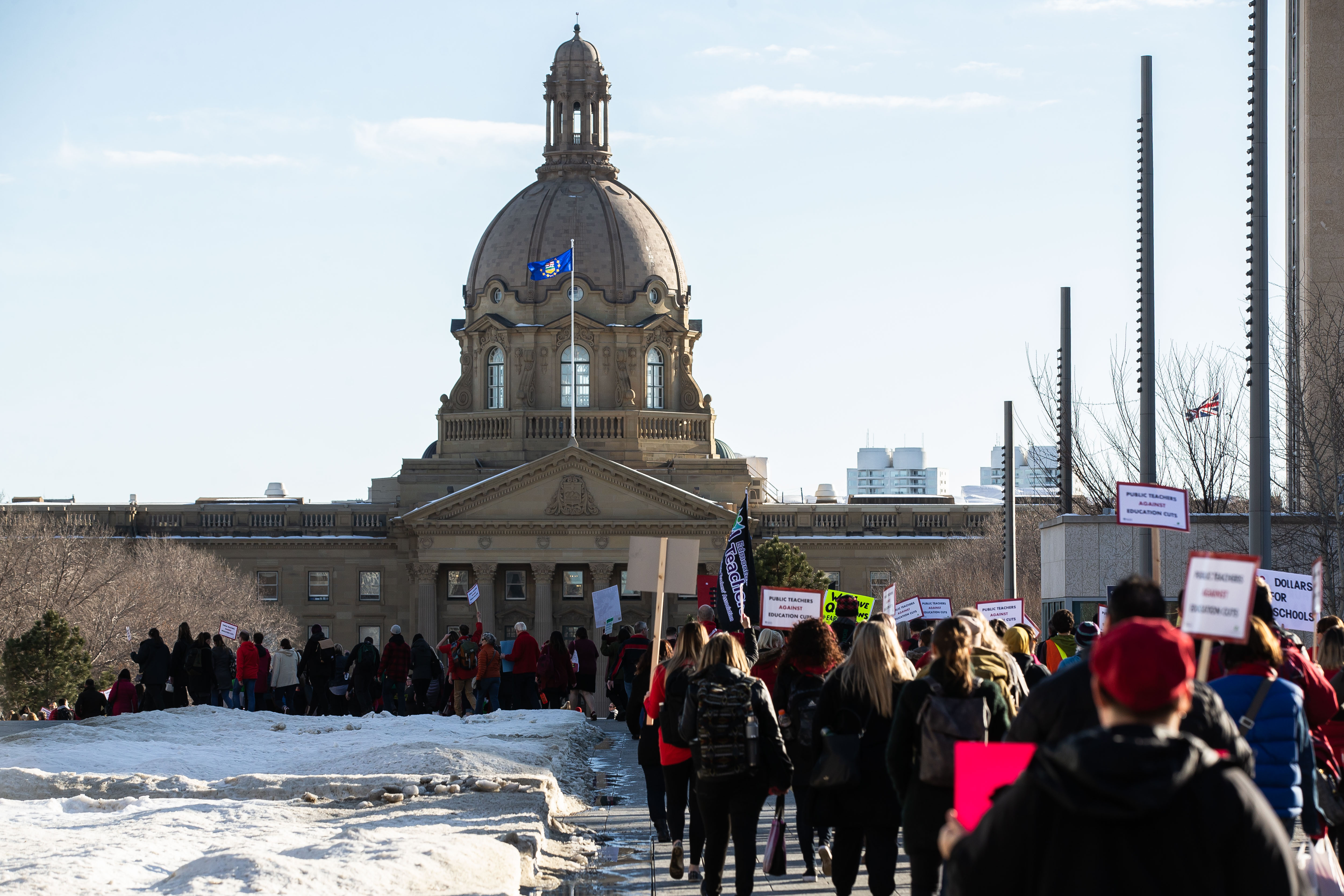 Jason Kenney's government has adopted legislation that, among other things, severely limits the bargaining and picketing rights of unions and aims to defund our public campaigns. It is an American-style attack on the fundamental goal of labour unions: to stand up for the rights of working people.

Bill 32 permits overtime pay or time-off entitlements to be averaged over a 52-week period. Extending hours of work averaging to such an extreme length suggests the policy goal is to minimize overtime costs for employers and rob workers of earnings.

The Code formerly permitted an hours of work averaging agreement to be made by an employer and employees. Hours of work can be averaged over a maximum of 12 weeks for purposes of calculating overtime pay or time-off entitlements.

Under Bill 32, the Code will permit an employer unilaterally to implement a written “averaging arrangement” for employees not covered by a collective agreement. An averaging arrangement can average hours of work over up to 52 weeks without a variance or exemption.

Before Bill 32 a non-union worker works 540 hours (45 hours per week) between January 1 and March 31. Under a 12-week averaging arrangement, the worker is owed 60 hours of overtime pay.

Under Bill 32, the employer can average out the extra 60 hours over the entire year. This allows the employer to average the accrued overtime hours to slower periods.

Bill 32 makes subtle changes to the Labour Code that restrict arbitrators’ power and gives more power to the UCP-appointed Labour Board.

The Labour Board may review awards only in special circumstances.

These U.S. type changes allow a politicized Labour Board to intervene in normal labour relations and employer lawyers will be urging them to review and set aside awards, without the existing reference to grounds of fair hearing denial, or unreasonableness.

What else has changed?

Here is a summary of some of the more radical changes proposed in Bill 32:

Where else have these laws been implemented?

Most of the changes proposed in Bill 32 are unprecedented in Canada. They are more common in southern U.S. states where they have had the effect of reducing unionization rates and keeping wages artificially low.

Jason Kenney’s economic recovery plans are failing. Alberta has lost 50,000 jobs since the election. Workers have been vocal critics of Kenney’s privatization and tax cuts, and now he’s moving to silence us. The summer pandemic has also provided him an opportunity to move quickly while other news captures the headlines and workers are tied up with health and financial issues.

Alberta Bill 47: A fundamental attack on workplace health and safety

Bill 47 was tabled on November 5, 2020 to amend the Workers Compensation Act and replaces the Occupational Health and Safety Act in its entirety. It contains major revisions of health and safety regulations, all of them cut corners and roll back workers rights for the exclusive benefit of employers.
Learn more:

The diminished financial responsibility of employers to injured workers is a key factor in making all workplaces more dangerous.

Employers were required to pay health benefits for injured workers while they were absent from work or unable to perform their regular duties due to a work injury for up to one year following the accident. Injured workers were entitled to the same benefits they had before the accident.

Employers that did not extend health benefits were penalized.

Employers will no longer have to contribute to health benefit plans (typically covers family) for injured workers who are off work. This cost will be borne by the injured workers.

This will return Alberta to the pre-2017 culture of unreasonably denied WCB claims.

One of the key changes in Bill 47 is the removal of an employer’s obligation to re-employ injured workers when they are ready to return to work.

The omnibus bill puts employer profits ahead of workers’ health and safety and would return the Workers Compensation Board to a corporate model that denies many injured workers the compensation to which they are entitled.

Employers are obligated to reinstate an injured worker and accommodate them.

Employers will not be legally obligated to reinstate an injured worker. Employers may do so voluntarily.

Employers have a duty to accommodate disabled workers through human rights legislation. This is typically a lengthy (approx. two years) reinstatement process with the Human Rights Commission. During the process, WCB can reduce or terminate an injured worker’s benefits via a process known as “deeming”.

While employers technically have an obligation to accommodate injured workers, Alberta no longer provides an effective way for workers to appeal when employers fail to meet this obligation.

Bill 47 upsets the well-established “hierarchy of controls” (elimination, substitution, engineering or administrative controls). Instead of properly mitigating workplace hazards, it dramatically shifts the training onus onto workers instead of employers.

Clear legislative requirement that employers ensure workers are adequately trained to protect their health and safety: before the worker begins performing a new work activity; uses new equipment; performs a new process; or is moved to a different work site.

Only imposes the more general requirement that employers must ensure workers are adequately trained in all matters necessary to perform their work in a healthy and safe manner.

The workers’ compensation system is the product of a special compromise between workers and employers—one that is nearly a century old in Alberta. It is not a system designed around an “us versus them” approach, but rather “we’re all in this together”. Bill 47 threatens to radically alter workers’ role in health and safety oversight. Medical review panels will also be dismantled with the goal of saving government expenses rather than compensating injured workers.

Medical panels are used by the workers’ compensation system to provide an impartial, independent decision-making process to resolve disagreements in medical opinion that arises between workers and the Workers’ Compensation Board (WCB).

The medical panels would be abolished. Instead, the WCB would assume responsibility for compiling a roster of physicians to conduct medical examinations as directed by the WCB.

One of the most important battles Alberta workers have won is the right to be involved in the workplace decisions that impact our safety. This generally takes the form of a joint health and safety committee with equal representation from workers and the employer.

After all, if strong health and safety provisions are not in place and enforced by the employer, it is workers who are in danger. Too many workplace fatalities could have been prevented with more proactive planning with direct input from workers on the job.

The so-called "Critical Infrastructure Defence Act" is an unprincipled attempt to criminalize dissent that you might expect to see in countries suffering under dictators rather than a Canadian province.

The limits placed on peaceful protest and free speech in Bill 1 are almost certainly doomed to fail when court appeals are finally resolved, but Jason Kenney knows that. Silencing critics and undermining opposition, even temporarily while court cases crawl through the system, is a heavy-handed tactic to use the power of government to bully its own citizens. 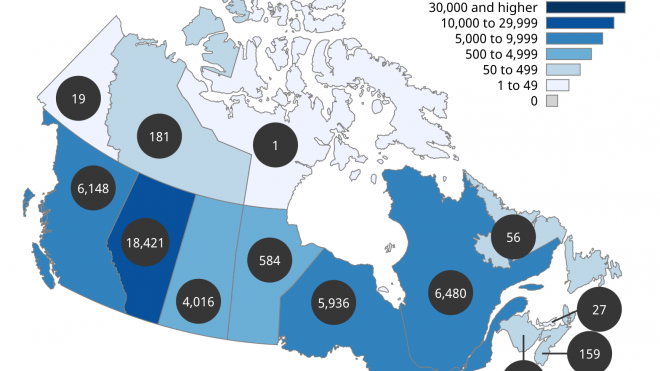