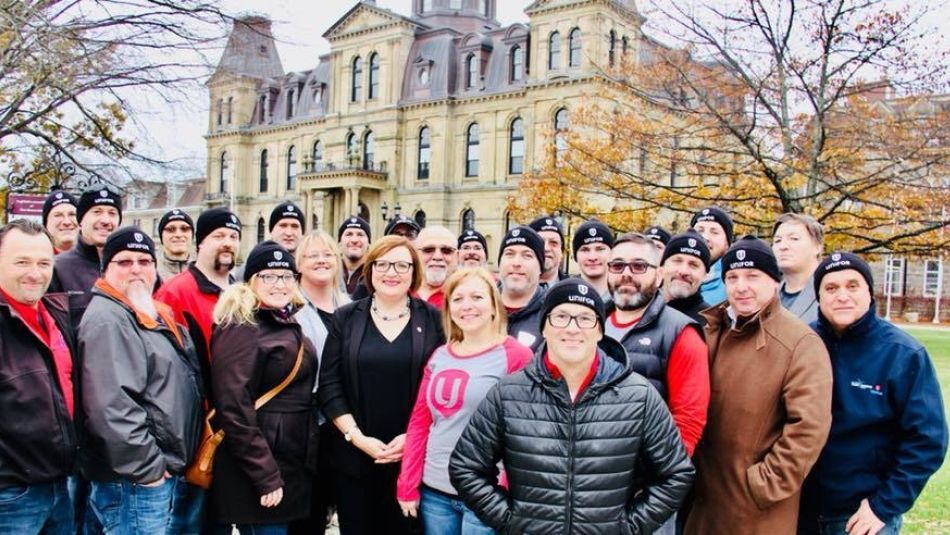 “It’s deeply concerning to see the Higgs government attempt to take away workers’ rights ahead of major bargaining with key public sector workers in the province next year,” said Jennifer Murray, Atlantic Regional Director. “Unions didn’t put up with Premier Ford’s legislative strong-arming in Ontario and we certainly won’t put up with it in New Brunswick.”

The union takes particular issue with the government’s intention to allow itself the use of scab labour in the event of a public sector strike or lockout.

“Labour Minister Trevor Holder was quoted in the legislature saying he would never support scab legislation, but what else would it be to hire outside, non-union workers as replacements during a labour dispute? That is textbook scab labour and if the Labour Minister does not understand that, we have bigger issues to discuss,” said Murray.

“The Higgs government has the audacity to report a massive $777 million surplus and then turn around two months later and wage war on its workers – it’s a real blow to the people of this province,” said Murray. “New Brunswick’s workers have had enough, and they will fight this with the entire labour movement at their side.”

For more information about the union’s campaign for anti-scab legislation, visit unifor.org/anti-scab.