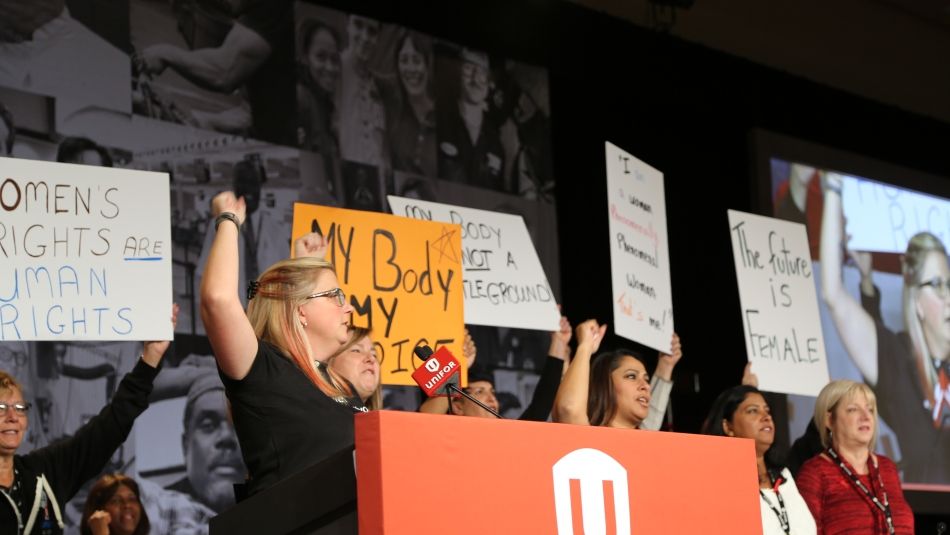 Reports the U.S. Supreme Court (SCOTUS) is about to overturn Roe v. Wade, the landmark 1973 decision that protects a woman’s bodily autonomy in choosing to have a safe abortion, have sent a shockwave around the world.

Our collective grasp on women’s rights is frail, even, clearly, in countries that view themselves as world leaders. Generations of women have had to fight against the systematic and purposeful erosion of the ability to exercise our freedom of choice. There is perhaps no greater symbol of lost ground on our basic freedoms than the impending defeat of Roe v. Wade.

Canadians must be loud in our disdain for this decision by our neighbours, but we must also focus our energy and attentions on our own communities and governments, to prevent the erosion of our rights here at home. Tenuous, fragile threads tie our rights to theirs. The border between our two realities is not so wide, nor does it protect us from American anti-choice groups pouring money and disinformation into our country to pull our legislation in the same direction.

In many jurisdictions in Canada, social conservatives are dragging our politics to the right. Just last year, a motion was put forward by a Conservative Member of Parliament to amend the criminal code to chip away at abortion freedoms, and 82 MPs voted in support. And provincial governments have used the Notwithstanding clause twice in recent years to overrule the Canadian Charter of Rights and Freedoms.

This decision by the justices of the SCOTUS is the product of nearly 50 years of attempts to tear down abortion rights in the United States. This news adds to the wave of demoralising laws that criminalize and harm LGBTQ families and children in many US states. The language of the draft decision hints that similar logic could be used to overturn certain other fundamental rights, including those protecting the right to marry a person of a different race, private consensual sex for adults of the same gender, gay marriage, contraception and the right to not be forcibly sterilised, among others.

Those of us who fight for workers’ rights and human rights must be just as relentless.

While abortion remains decriminalized here in Canada, we still struggle with access to abortion services in many regions. We have our own battles to continue to fight.

No one who can become pregnant can know if they will need access to abortion services at some point in their life. This includes some trans-men, two spirit, non-binary and gender diverse people. Those necessary medical services need to be available freely, and on demand.

Unifor will defend reproductive rights. We will march for freedom and speak out against oppression and control. We cannot allow wealthy power brokers to intervene in the decisions made by a woman and her health care provider. We will vote.