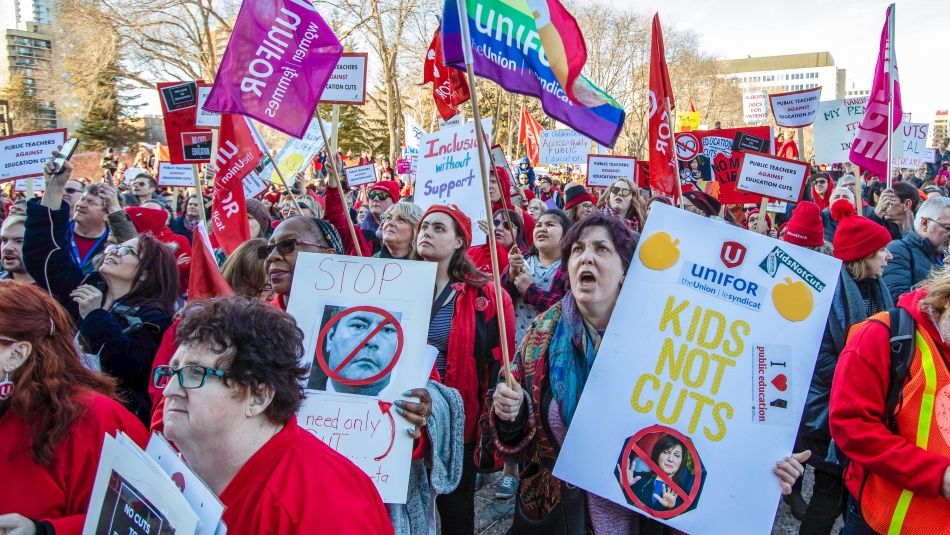 EDMONTON—After Jason Kenney’s snap resignation, working people in Alberta are eager to move on to elect a new premier who will stand up for their rights and create a more equal province, says Unifor.

“Jason Kenney was a disaster for Alberta’s workers, but he was only the figurehead of a political party that was cheerleading his attacks on workers’ rights just six months ago,” said Lana Payne, Unifor National Secretary-Treasurer. “The real problem remains: bad laws that erode workers’ health and safety and their union rights. The next provincial election will be critical to regaining lost ground for working people.”

From failing to keep Albertans safe at work during COVID-19 to introducing the most anti-worker legislation in the country, Kenney governed with virtually no criticism from his caucus except those who wanted more extreme policies, says Unifor.

“Kenney is not an outlier. The UCP caucus enthusiastically supported his worst policies until recently when the polling shifted,” says Gavin McGarrigle, Unifor Western Regional Director. “We welcome Kenney’s departure but Alberta clearly needs a new government as soon as possible.”

Unifor members have been resisting Kenney’s UCP since the government made working in Alberta more dangerous and less lucrative. Unifor has been among the most outspoken critics of Bill 1, which seeks to silence workers and other groups opposing Kenney and the UCP.