What does inflation data tell us about prices in Canada? 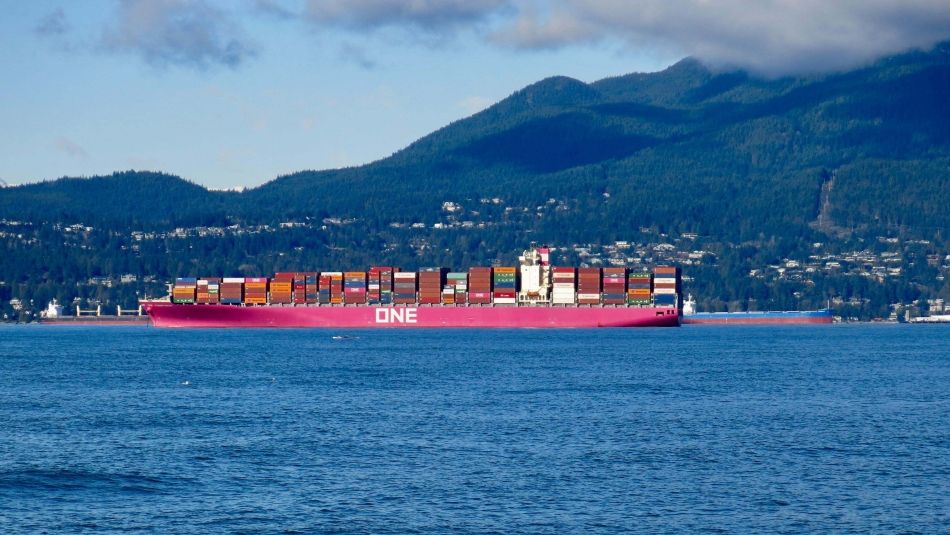 Canada’s top-line inflation measure hit an 18-year high in September 2021 at a rate of 4.4% compared to one year earlier.

September marked the sixth month in a row that year-over-year inflation is above the Bank of Canada’s target rate of 1% to 3%. That trend sparked much shock-inducing commentary stirring up fear and concern.

But with the Bank moving up the window for a potential increase to the interest rate by one quarter and suggesting inflation may last three months longer than previously expected, Canada is hardly in the doom and gloom scenario some would like us to believe.

In a previous blog post, Sune Sandbeck, Unifor National Research Representative, explained why The Bank hasn’t moved to change the interest rate yet, based on various measures of consumer price growth. This post takes a closer look at CPI-Total, the measure that is most often covered by the media, to parse out what prices are changing and understand why.

The chart below deconstructs the monthly price changes across all sub-types of consumer goods since January 2019 and highlights some important points about inflation.

First, transportation and shelter have been the largest contributors to inflation for the last 7 months, with food coming in third.

Second, inflation was below 1% for the first 10 months of the pandemic, including a few months of deflation, when prices actually decreased. This was due to a decline in the price of oil and gas and small declines in the price of recreational activities and clothing and footwear – all items that experienced a substantial drop in demand in 2020.

Third, while the monthly inflation numbers have been volatile through the pandemic and are currently quite high, the average rate of inflation since January 2019 is 2.8%. Policy makers look at the average CPI change in a specific time period to set some context for the current trend and understand whether or not price changes are out of line. 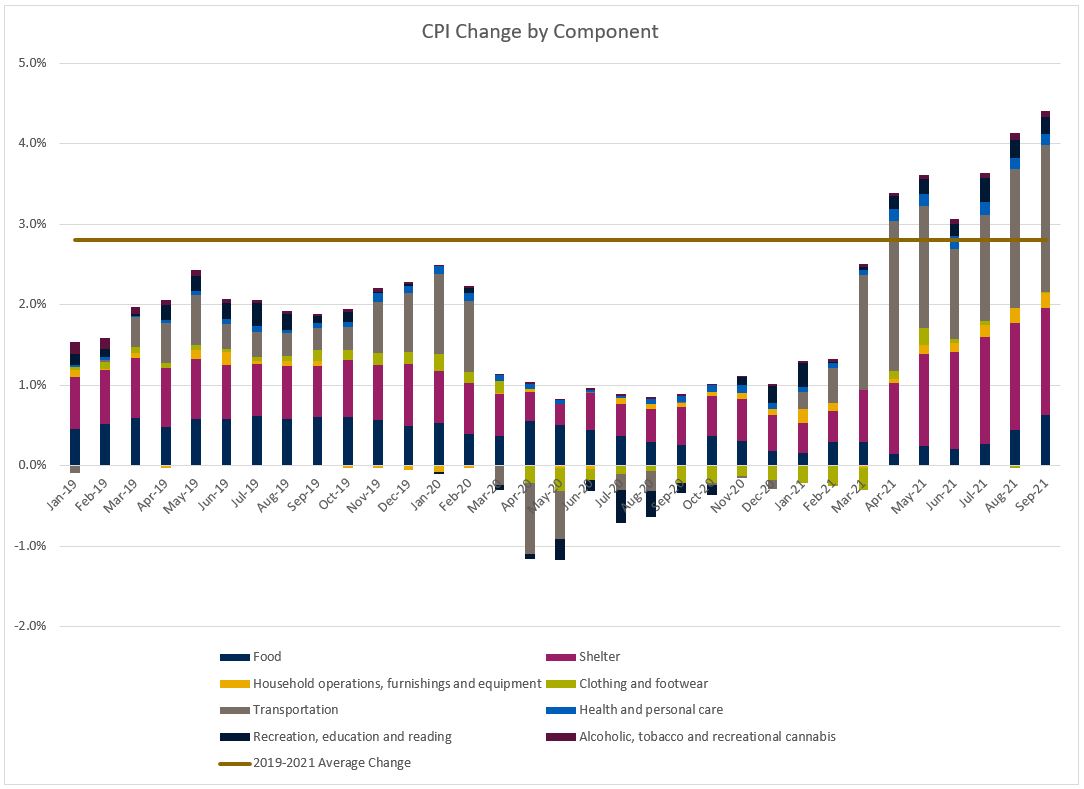 The Bank of Canada has highlighted two main reasons why inflation is higher than previous years.

First, prices are continuing to recover from the lows, and in some cases declines, experienced in 2020 when demand for oil dropped so substantially that producers were paying more to ship a barrel of oil than they could make selling that same barrel. In essence, it is because prices are “catching up” after a period of stagnation.

And second, supply chain disruptions, particularly in the United States, are having an outsized effect on prices in the short- and medium-term.

Neither of these reasons for the recent high inflation rate will be solved by increasing the interest rate and potentially slowing economic activity.

In fact, raising interest rates now, while the unemployment rate remains elevated and GDP has not fully rebounded is just as likely to cause economic damage.