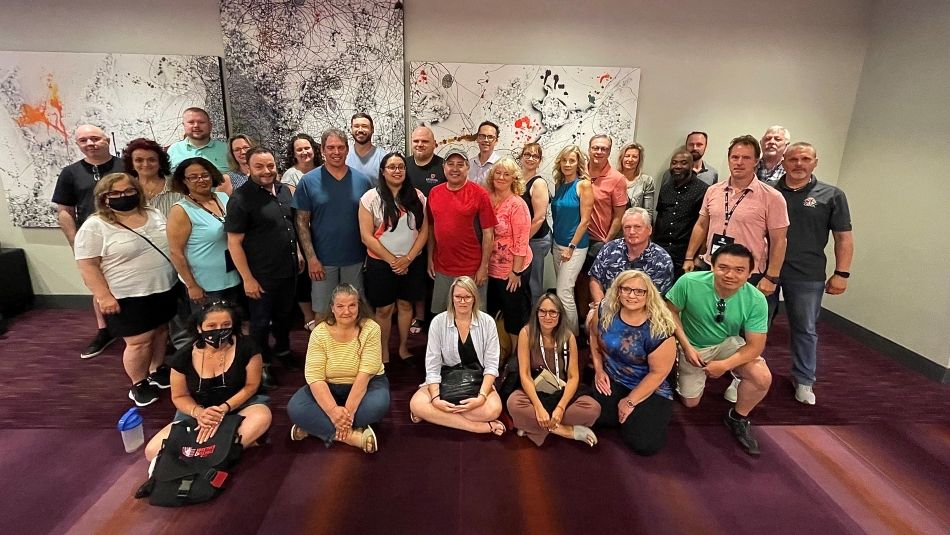 Biometrics scans at airport security, touchless check-ins and self-flying airplanes are among some of the technology that already is, or could be, on the horizon for aviation workers.

At Unifor’s two-day Aviation Council – held ahead of the union’s Convention at the Metro Toronto Convention Centre this week – the focus was how new technology affects aviation workers.

“We need to be careful to make sure it doesn’t erode the work we do,” Leslie Dias, Unifor’s Director of Airlines, said in her opening remarks.

“We can’t change the fact that it happens, but in any case, we’re here to explore how it impacts us. Airports are looking at everything being electronic. Obviously, COVID accelerated it – they don’t want contact and want people to do everything on their own. We’re here to dig deep into those issues.”

The workshop is a continuation of Unifor’s Future of Work conference held in 2018, with the aim to gather data about how recent changes in the workplace affected workers, their jobs, skill requirements and workload. Breakout groups also discussed stories of surveillance and oversight, health and safety and job security with new technology.

“It’s another step in a longer project to develop strategies and bargaining language our members need to be ready for the change,” said Unifor Researcher Kaylie Tiessen in her presentation on new technology. “Technological change isn’t anything new, but the speed of change has accelerated dramatically.”

Technological innovations in the aviation industry may include drones, remote air traffic control, smaller aircrafts to fly traffic instead of getting stuck in a jam on the highway, health status monitors for pilots and airport staff, biometric data collection and customer service robots and holograms that provide information to travellers, said Tiessen.

Aviation chairperson Tammy Moore said it’s clear “we need to organize and lobby the government” on this issue. 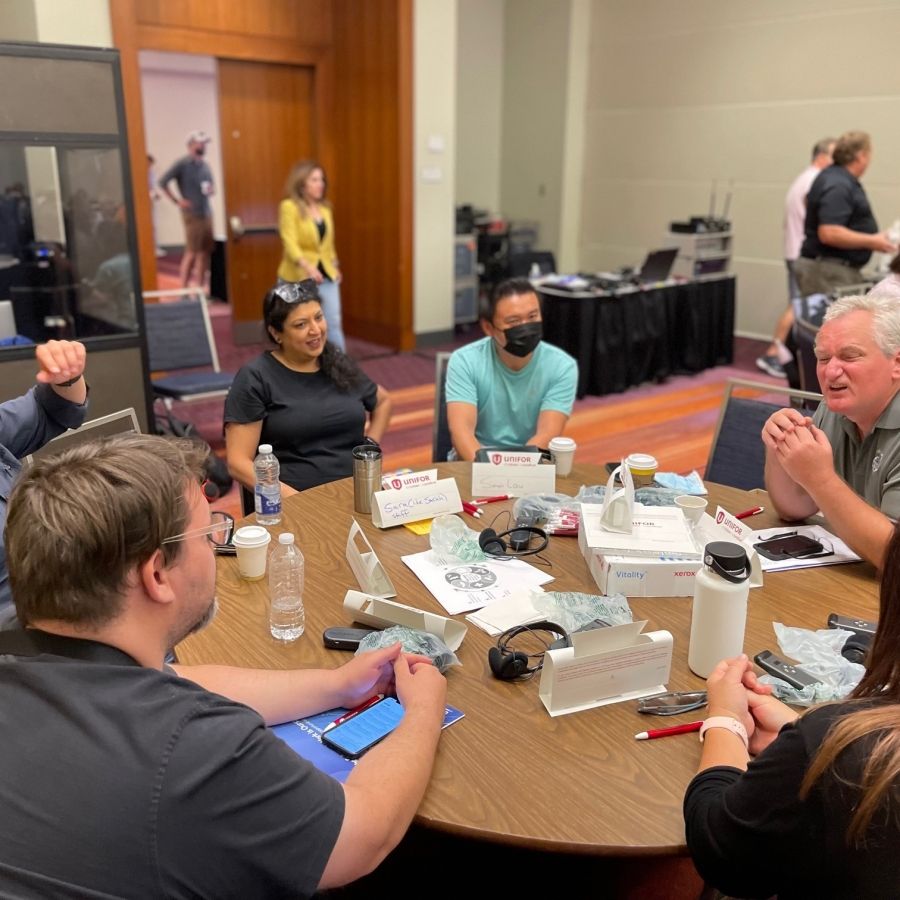 Tiessen said the next step is to take this workshop data and develop a bargaining program for the aviation sector to help bargaining units be prepared for technological change before it occurs.

“We’ve had a reactive stance in the past and we want to make sure we’re seizing the opportunity now to be on the offense instead of defense,” said Tiessen.

Futurist Jesse Hirsh told the crowd in his keynote speech that aviation is going to be booming in Canada with expansion of regional airlines and the integration of cleaner fuel. He says that algorithms without human input are inherently flawed and it’s up to workers to point out the bugs and leverage them to their advantage in workplaces.

He told the group that unions should rightfully check the threats of technology, but then imagine how this technology could expand employment and accomplish the things management dreams of accomplishing, but won’t unless they have someone who points out the flaws and integrates the wisdom of crews who have been doing the job for decades.

“We need to make sure management is using technology under the direction and supervision of human beings, workers – rather than the other way around.” 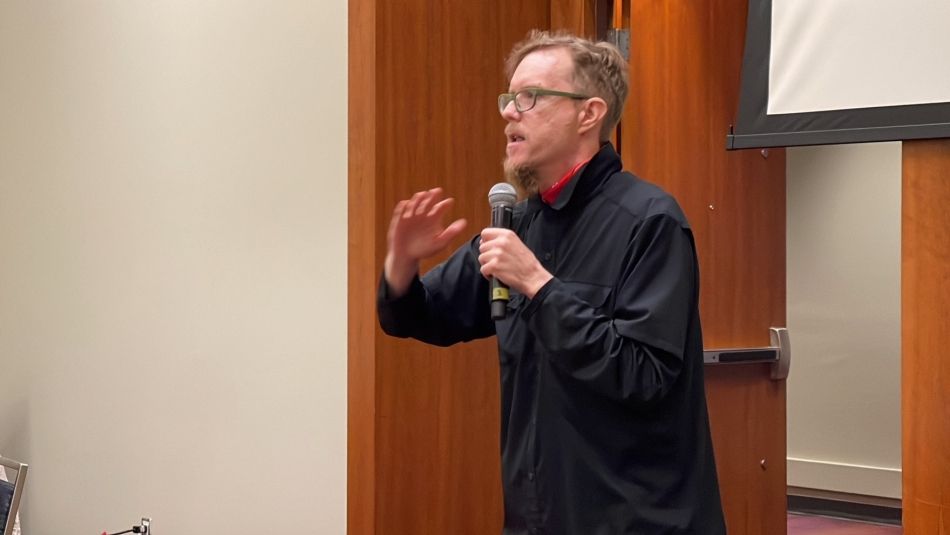 On the second day of Aviation Council, delegates heard an update on the five Pivot Airlines crew members – consisting of Unifor, CUPE and Air Line Pilots Association members – who have been detained in the Dominican Republic since April 5, 2022, after discovering and reporting more than 200 kilograms of cocaine on board an aircraft scheduled to fly to Toronto.

The crew has been away from home and loved ones for more than 120 days, essentially under house arrest and overseen by private security since they were released on bail later in April.

Unifor has been working with CUPE, ALPA, Pivot and PR firm Navigator to put pressure on the Canadian government, including encouraging members to sign an e-petition and to share a video of the crew, pleading for Prime Minister Justin Trudeau’s help to bring them home. The story has been spotlighted in the media to get government to act.

The crew’s next court date on Aug. 26, 2022 may determine whether they have to go back to jail.

Delegates also got an update on a new campaign on contract flipping – the practice of subcontracting out services and changing service providers every few years, as a way to unjustly cut back on employees, reduce and stagnate wages and limit employees' rights in order for the contracting company to save costs and increase profit.

Members can sign a petition to end the worst effects of contract flipping, demanding the government institute full successor rights. 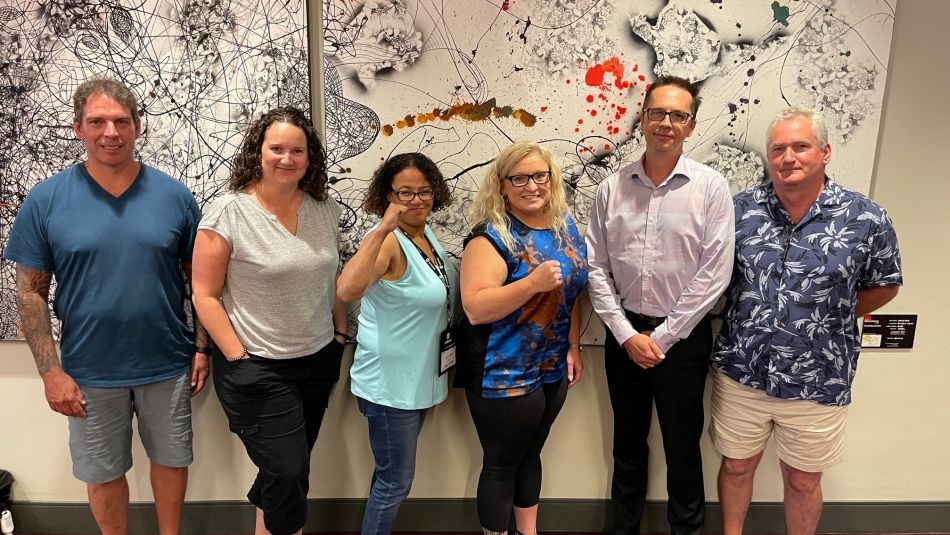 Delegates were given space to discuss issues happening with aviation members, particularly abuse and harassment towards airport workers who are on the front lines, dealing with frustrated customers whose flights have been delayed or cancelled and lost baggage amid staff shortages.

The council elected three members at large to represent the geographic, sub-sector and equity principles of the union.

Moore, the president of Local 2002, was re-elected as Aviation Council chairperson, Barret Armann was elected vice-chairperson, Steven Connolly as secretary-treasurer and Karen Berry, Mary Boudreau and Tim Way were sworn in as members at large.