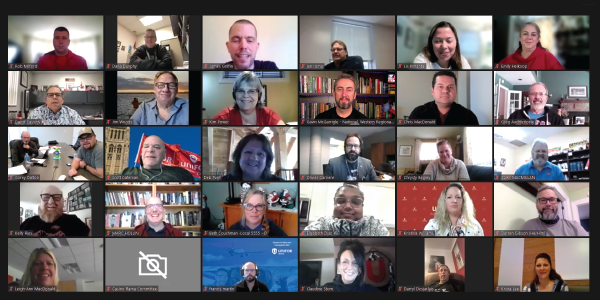 Unifor’s hospitality and gaming sector met virtually this past week to review the sector’s accomplishments and remaining economic challenges.

“Unifor warned that the hospitality and gaming sector would be hit first, hit hardest and take the longest to recover,” Unifor National President Jerry Dias told the council. “Sadly, what we predicted proved all too accurate.”

For the first year of COVID-19, virtually every gaming sector worker in the country was laid off. At hotels and restaurants, lay off rates were between 80% and 100%.

“When the feds announced the CEWS, we knew it was inadequate for our hardest hit members. We had to push back hard to up the coverage to make sure as many workers as possible were kept on the payroll,” Dias added. “The same was true for the CERB. We helped make sure the feds upped the weekly amounts, softening the blow a little more for all everyone out of work.”

In April Unifor Local 112 members at the Pan Pacific Hotel in Toronto ratified a new agreement after difficult negotiations. The agreement exemplified the sector’s bargaining strategy, making numerous improvements to recall rights, strengthening job security language, introducing a Racial Justice Advocate position, and compelling the employer to stick to its payment requirements for both the employee health and welfare fund and pension plan after months of delinquent payments.

In October, Unifor Local 1090 members at the Shorelines Casino in Belleville, Ontario went on strike for their first agreement increasing wages and health benefits, among other improvements.

“We had a great team behind us, as well as the support of our families, and our union,” Leigh-Ann MacDonald, Bargaining Committee Chairperson at Shorelines, told the Council. “All the support we received from every union local, members across the province, all of it ensured we’d be successful.”

Workers at the Shorelines Casino in Peterborough voted overwhelmingly to join Unifor the following month.

The Council also discussed the significant challenges posed by the pandemic and its effects on the labour market for the hospitality and gaming sector. While employment levels are increasing in the gaming sector, the hospitality industry is seeing a remarkable increase in labour shortages as many workers, including in restaurants and food service have left the sector altogether, in search of higher paying, more stable work elsewhere. This phenomenon poses challenges for the sector’s overall recovery, and to non-unionised who have remained in the industry and face heavier workloads and forced overtime.

“The flow of workers out of the sector confirms what we know all too well: hospitality and gaming sector jobs can be good jobs, but only when they’re union jobs,” Dias reminded the Council. “There’s a lot of work to do at the bargaining table, but there are some big opportunities too. It’s time to remind governments that the fastest possible recovery means creating the right environment for good, unionised jobs in our hotels, restaurants, and casinos to flourish.”