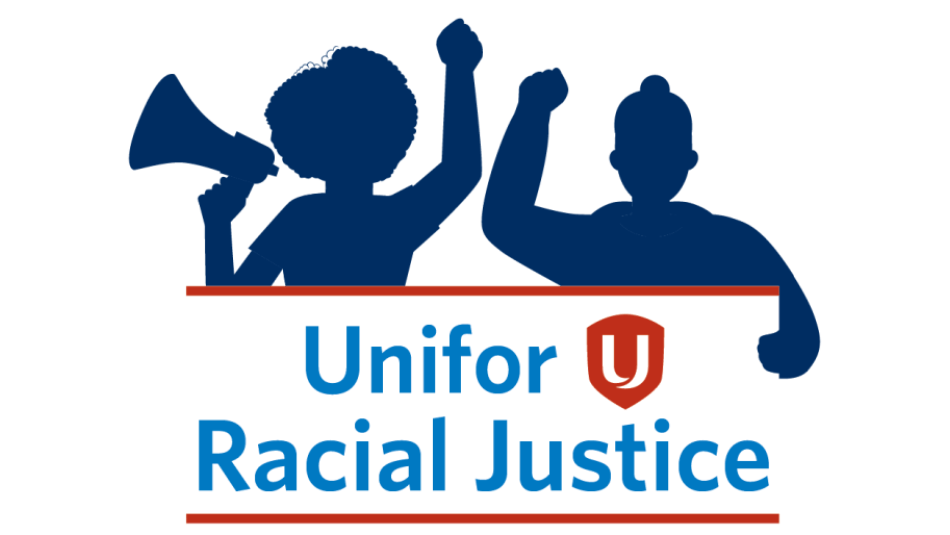 Unifor is about to embark on a historic week to address racism.

Next week – from June 12 to 17, 2022 – elected racial justice advocates, union members, and community organizations will discuss strategies to address racial harassment and discrimination in the workplace at the inaugural Racial Justice Advocate training course in Port Elgin, Ont.

"Unifor has always championed working towards eradicating racism, not only in workplaces but in the world," said Lana Payne, Unifor's National Secretary-Treasurer.

"As trade unionists, we know that racism is a way to divide workers and weaken worker power. Building worker power means doing everything we can to dismantle racism, sexism and all forms of hate. This week-long training will arm our members with the tools they need to address racism in workplaces."

The training – which was supposed to take place in 2021 but was delayed by the pandemic – leads into the Black, Indigenous, and Workers of Colour Conference that weekend, themed, "Radical Self-Care is an Act of Activism."

"People often believe you can deal with racial discrimination by filing a grievance. But it's not dealing with the whole historical context, mental health and the long-lasting impacts that racism plays in a workplace and on the person," explained Christine Maclin, Unifor's Human Rights Director.

"This training is historic because we're the first union to bargain a specific position to address and work collaboratively with the employer, community organizations and the union to eradicate racism."

The Racal Justice Training and the Black, Indigenous, and Workers of Colour Conference are acts of activism that will continue to lead the union in its continued commitment to progressive change for a world where everyone can be themselves without harm from discrimination.

The "Racial Justice Advocate" position was newly bargained in 2020 in the auto sector. Since then, Unifor has negotiated to include the position in health care, media, hospitality, school bus drivers, telecommunications, and other sectors.

Even though the union has components of racial justice in the Unifor constitution’s 40-hour human rights training, this is the first time representatives have been trained specifically on addressing racial discrimination.

"The Black, Indigenous and workers of colour racial justice advocates combat and eradicate racism, but this isn't excluding all members who don't identify with those communities," said Maclin.

"This training allows someone who doesn't identify from the Black, Indigenous and workers of color communities to speak to the racial justice advocate as a resource and have the tough conversations without judgment and support collaboration for change."

During the week-long training, community organizations will attend and help with
specialized training on trauma-informed workplaces. There will be sessions on dealing with racial harassment, including processes and how to facilitate those tough conversations.

"It's intentionally called, 'Don't talk to strangers,' because we've been taught since we were young not to talk to strangers when the way to combat racism is about having these complex conversations, respectfully," explained Maclin.

The training will also include working with 211 – a phone service people can dial to access mental health agencies – so that the public can connect with culturally-appropriate community resources.

The Anti-Hate Network is among the community organizations that will teach the advocates skills to combat hate, given that, said Maclin, "we're seeing the rise in the alt-right and hate groups using white supremacist, racist ideologies.”

That has caused a lot of trauma during the pandemic, said Maclin.

"We internalize it," she said. "The mind and body are connected. I experience racism and process it in my brain and deal with it, and I think it's done. And then, it comes out in different ways later in life."

She hopes that the advocates can return to their respective locals and workplaces by knowing they can be a wealth of information and a bridge to networks across the country and have real solutions to combat and eradicate racism.

"Frequently, people who experience racism sometimes hear others say, 'That's so wrong,' and some are expected to get over it. Other times, it's downplayed,” said Maclin.

“Responses like this are never a solution and it is eroding people's mental and physical health. It’s eroding the collective solidarity that is fundamental to our union.”