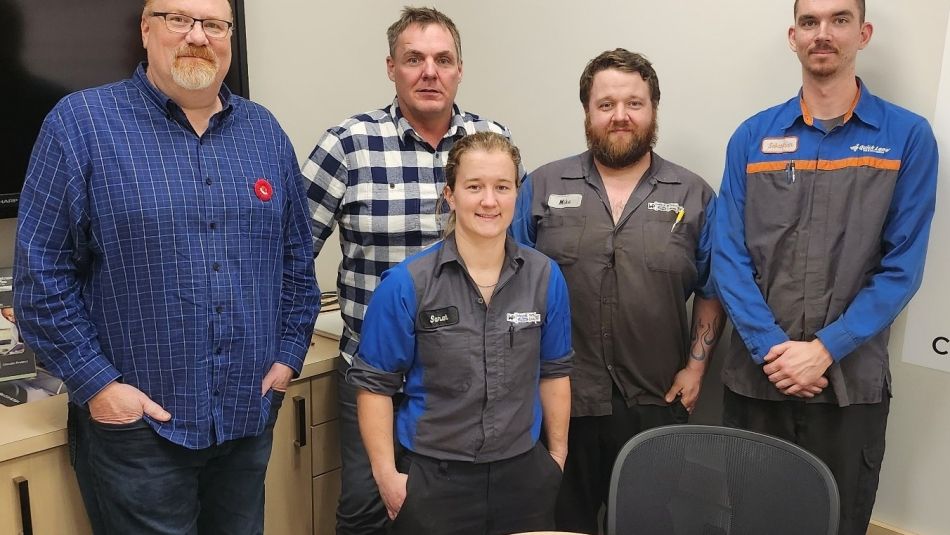 “Wages were certainly top of mind in this round of bargaining,” said Jerry Escott, Unifor Local 1917 President. “I am proud of the work of the union’s bargaining committees that delivered wage gains over and above the previous round of negotiations.”

Barry Cullen Chevrolet dealership workers negotiated 3% annual wage increases for each year of the agreement and Wayne Pitman Ford workers secured a shorter wage grow-in (from three years to 18 months) and annual increases—from a 2% increase to the top rate in some classifications to 51% for base rate wages in others.

“At a time of record high inflation, union members wanted to see better wages across the board and a shorter path to the top wage and that’s exactly what we were able to negotiate,” said Sarah Northfield, Unifor Local 1917 Unit Chairperson at Wane Pitman Ford.

Approximately 50 members of Unifor Local 1917 are covered by the agreements. Union members will receive increases in pension contributions, maximum vision and dental care benefits, as well as tool, safety shoe, and meal allowances.

“There are improvements to virtually every section of our contract language, including additional training and paint certification bonuses that will improve members’ skills and put more money in their pockets,” said Angelo Renon, Unifor Local 1917 Unit Chairperson at Barry Cullen Chevrolet.