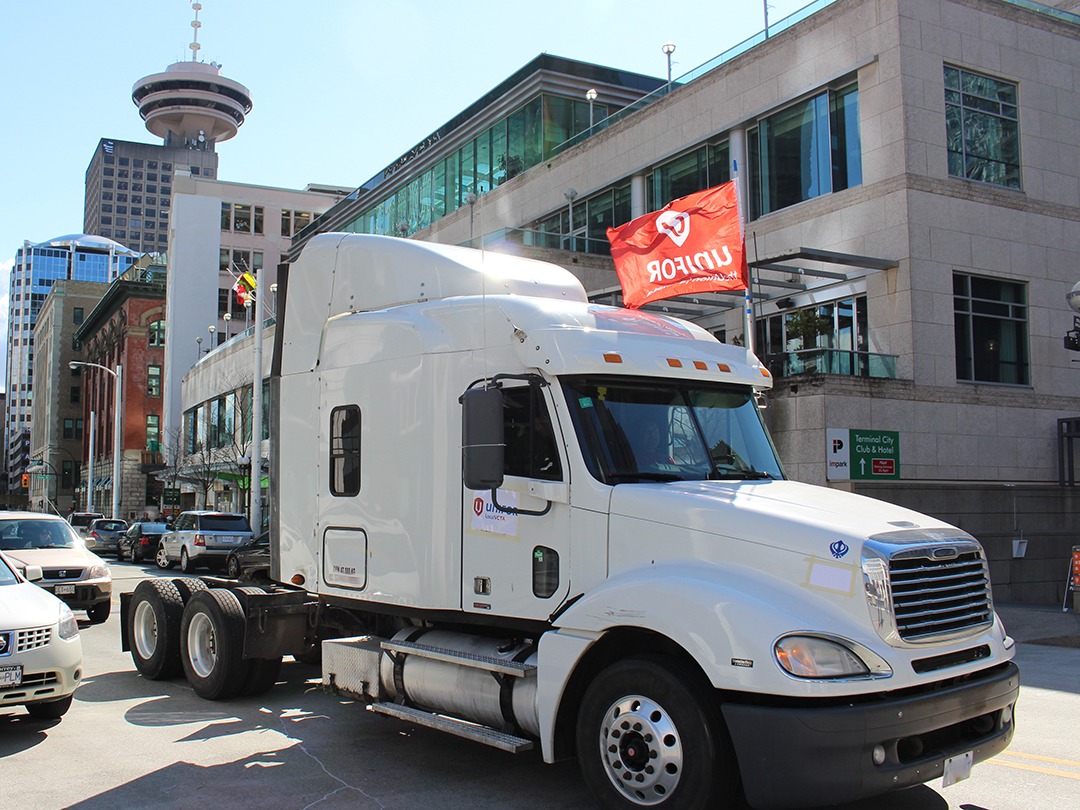 VANCOUVER—The controversial plan to force hundreds of container trucks out of the Metro Vancouver port transportation system will cause chaos in a system already under unique pressure from the pandemic, flooding, and supply chain issues, says Unifor.

“Without action from Transport Minister Omar Alghabra, gridlock will overtake Vancouver’s ports,” said Jerry Dias, Unifor National President. “Millions of British Columbians rely on the efficient operation of their ports. Ignoring the issue has only made matters worse.”

The Port of Vancouver will introduce a ban on trucks older than ten years beginning February 1, 2022. Applying for a temporary exemption comes with large fees for truckers.

Unifor is renewing its demands to convene consultations about the fairest way to transition the trucks without causing major financial hardship for truck drivers and minimal disruption in port trucking capacity. The union says a two-year pause to the phase-out and access to financial assistance would start to ease concerns.

The province and the federal government share jurisdiction for container trucking. B.C. government officials have been slow to react and share much of the blame for the looming truck shortage.

Unifor Western Regional Director Gavin McGarrigle says the Port of Vancouver’s CEO Robin Silvester is rushing implementation instead of opening dialogue with truckers: “During our discussions, the port’s leadership has been part of the problem, not part of the solution.”

Unifor-Vancouver Container Trucking Association (VCTA) president Paul Nagra has met with local Liberal MPs to help resolve the problem. “We’ve sounded the alarm for years. The time is now to fix this arbitrary deadline with flexibility and meaningful input from the workers that help keep shipping goods moving in the Lower Mainland.”