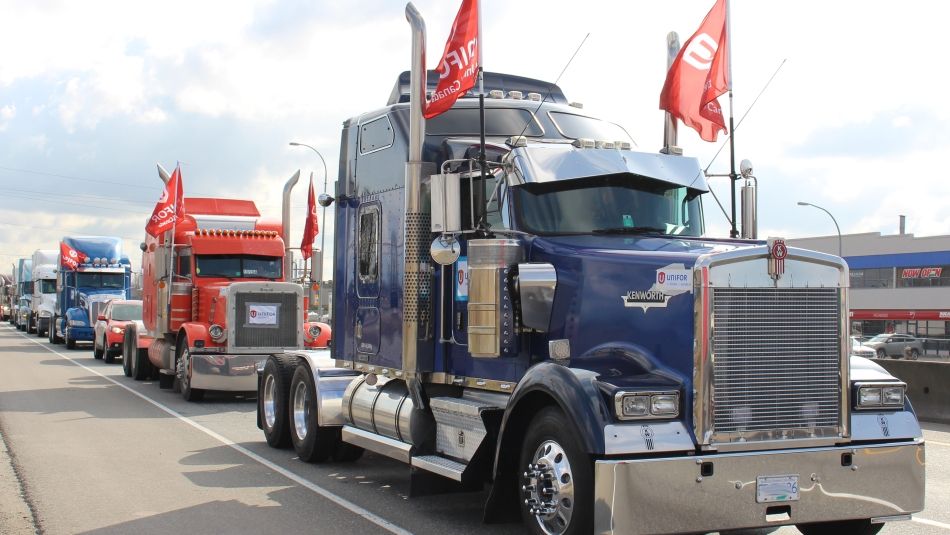 VANCOUVER—Port Metro Vancouver’s plans to download more costs onto drivers during the pandemic is the wrong move and could lead to instability at the port, says Unifor.

“The federal government needs to put the brakes on this program until truckers are consulted about the best way to retire aging trucks,” said Jerry Dias, Unifor National President. “We can’t trust the port’s management to do the right thing. This requires government leadership to bring together the parties to achieve a fair solution.”

Port Metro Vancouver will introduce a ban on trucks older than ten years beginning in 2022. On August 18, 2021 truck drivers will be forced to pay a steep fee for simply applying for a temporary exemption.

Unifor has resisted the proposed program for years, and even fought it in the courts in 2017. The union is renewing its demands to consult truck drivers about the fairest way to transition to newer trucks that doesn’t penalize drivers financially.

Unifor is calling for a two-year pause in the implementation of the truck age program. To encourage better policy-making in the sector, Unifor is seeking the establishment of a joint advisory council involving truckers, employers, the B.C. government and the federal government.

“COVID-19 has been a difficult time for port truckers and their families, but PMV Chief Executive Officer Robin Silvester doesn’t get that,” said Gavin McGarrigle, Unifor Western Regional Director. “We need Minister Alghabra to step in, press pause, and set up a process with his B.C. counterpart to properly consult those who will be impacted.”

The province and the federal government share jurisdiction for the port. The B.C. Ministry of Transportation recently announced a consultation on the Container Trucking Commissioner’s recommendations. Now is the ideal time for cross jurisdictional coordination, says Unifor.

Silvester’s refusal to engage with truck drivers was a key factor in the job action that shut down Vancouver’s ports for nearly four weeks in 2014.