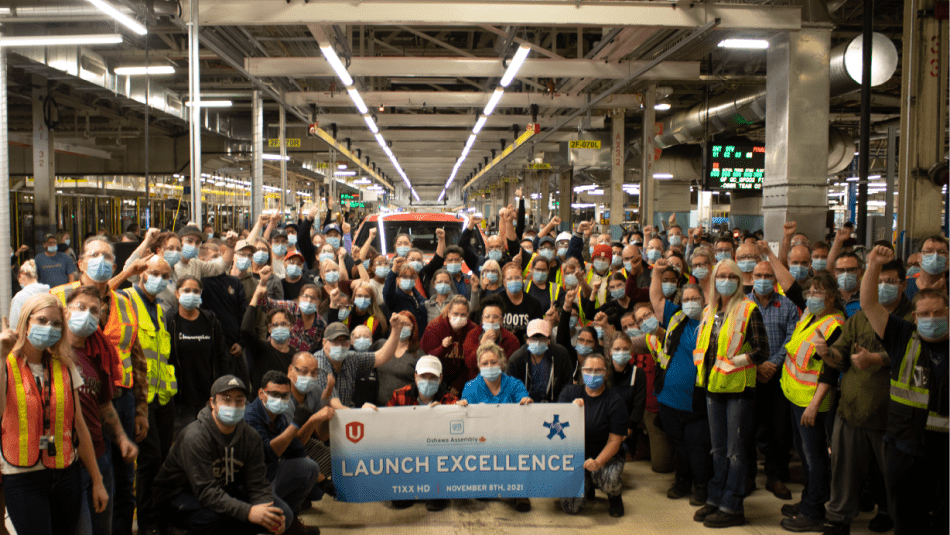 The first vehicle rolled off the newly reopened General Motors assembly line in Oshawa at an event on November 8. The Chevy Silverado drove off the line following an address by Unifor National President Jerry Dias.

“Today is an incredibly important day for all of you, your families, and the community of Oshawa,” Dias told hundreds of workers who participated in the event. “It is so incredible to see so many of you who maintained your recall rights and those of you that are brand new to the operations—we want to welcome you to the Unifor family.” 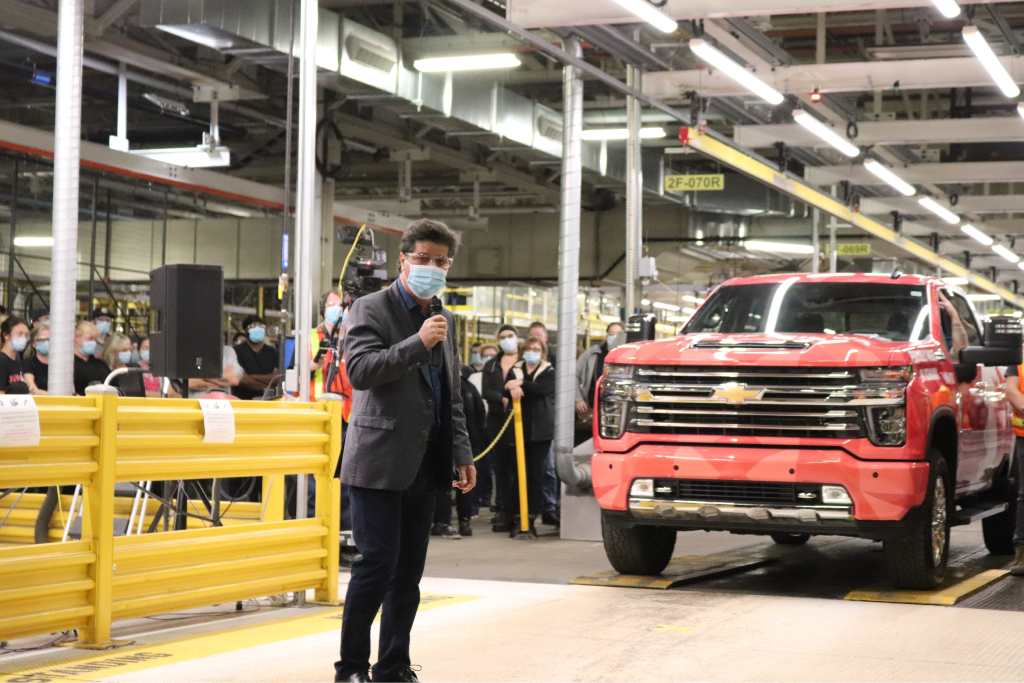 The reopening of the Oshawa assembly line comes after the union’s largest and most aggressive campaign aimed at saving the plant. Despite numerous nay-sayers, the union successfully negotiated the preservation of the plant’s footprint, maintaining its stamping operations, and preserving workers recall rights as the union continued to push for the plant to reopen. Now, the plant will be home to two shifts of 700 to 800 Unifor members each with plans to add a third shift in the future.

“In May 2019 we reached an agreement with General Motors—a cease fire,” Dias told workers. “We would keep about 300 people working but most importantly maintain an active footprint in Oshawa. We knew the longer the plant was closed the less of a chance it would reopen. There was only one solution and it happens to be that red pickup truck right there.”

The return of truck assembly work to the Oshawa plant is a significant moment in Canadian manufacturing history, marking the first time that an assembly line has been successfully reopened. It also happens to be the fastest plant retooling in General Motors history and comes as part of approximately $6 billion in transformative investments in the auto sector secured in the union’s 2020 negotiations with Detroit Three automakers.

“I was full of joy, pride, and so proud of our members getting this done less than a year from bargaining where we negotiated to get this truck back. Here we are today, with one rolling right off the line,” Jason Gale, Unifor Local 222 Plant Chairperson said. “We never stopped fighting for this. What kept us going was keeping a small operation of 300 people. It kept our foot in the door and kept the lights on. Now, we see a truck rolling off the line. I’m so happy. Happy for Durham. Happy for Oshawa. Happy for all the families that will benefit from this.” 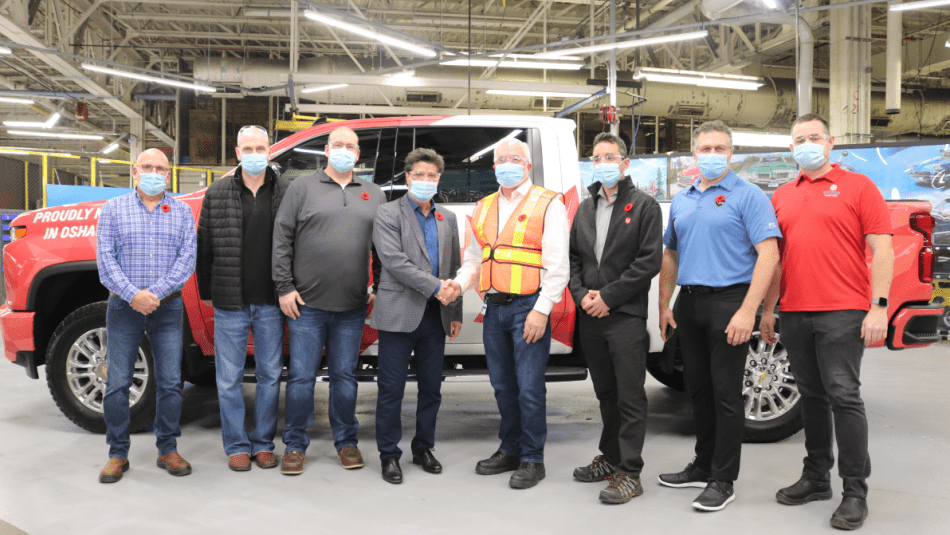