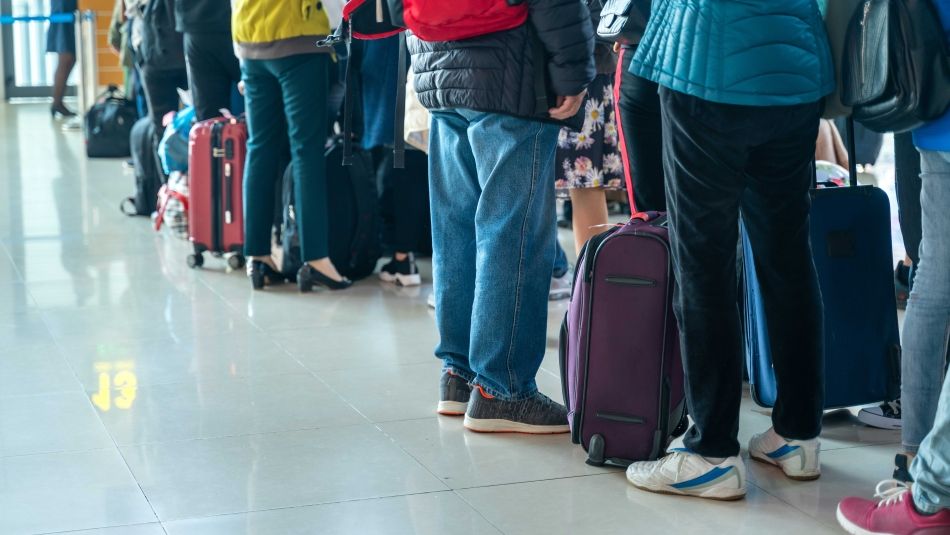 Air travellers are frustrated, and for good reason.  A shortage of workers in the industry has clashed with rapidly returning demand for air travel to create cascading flight delays, lost luggage, cancellations and other disruptions at airports around the world.

These problems have been experienced at airports around the world, but Canada’s airports have been the worst.

Corporate actors have generally responded in two ways: first by blaming labour shortages and, second, by reducing capacity on certain routes to redistribute its workforce to service high demand markets.

Governments on the other hand continue to blame COVID and suggest stakeholders just need to be patient.

Governments around the world provided substantial corporate support to the industry in the face of these losses. Only two governments – the US and the Netherlands – introduced strong conditions on that funding, including requiring employers to keep workers on the payroll.

Canada attempted this through its signature LEEFF (Large Employer Emergency Financing Facility) program but, the conditions were minimal and no information has been provided on whether they were actually enforced.

Overall, there are 20% fewer workers in the industry moving 12% fewer flights than before the pandemic. Simply put, airlines and airports need to find ways to hire more workers.

Unfortunately, employers are not doing enough to meet this challenge.

According to the wage and job vacancy survey, the average offered starting wage for a worker in the industry has only increased by 6% ($1.30) since 2019. That is an average of less than 2% per year and only 2.5% above what was offered in the first Quarter of 2020. Recent research indicates the average offered hourly wage in the transportation sector is lower than the industries reservation wage (the wage at which workers are willing to work) – demonstrating what is clearly a wage shortage not a worker shortage.

Dangling sub-par starting wages in front of prospective employees does not scream of an industry trying desperately to attract workers. Instead, it shows corporate actors’ apathy and even disdain towards other stakeholders who both make the system work and provide the revenue to create any profit at all.

Similarly, government continues to apply cosmetic solutions to solve the problem. Budget 2022 allotted $11 million to hire more CBSA agents. More recently, new technology was introduced through the ArriveCan app to expedite customs declarations at the border. Unfortunately, these efforts are not nearly enough to remove the roadblocks to a well functioning industry. But border processing times are just one of a multitude of problems that need to be fixed.

Like in many areas of social and economic life, the pandemic didn’t create the problems currently being experienced, it amplified them.

Work for low wages, unstable hours and rampant contract flipping are just three tactics employers in the industry use to drive down employment costs. It is clear that those tactics are barriers to recruitment and retention but most are unwilling to do anything about it.

Without action, workers and travellers will continue to face an industry that does not meet expectations.

The thing is the pandemic showed both groups what other options are available.

Employers and governments need to stop pointing fingers and start improving the conditions of work in order to remove the backlogs and get the industry moving again.

You can read more about Unifor’s advocacy on this topic here, here and here.