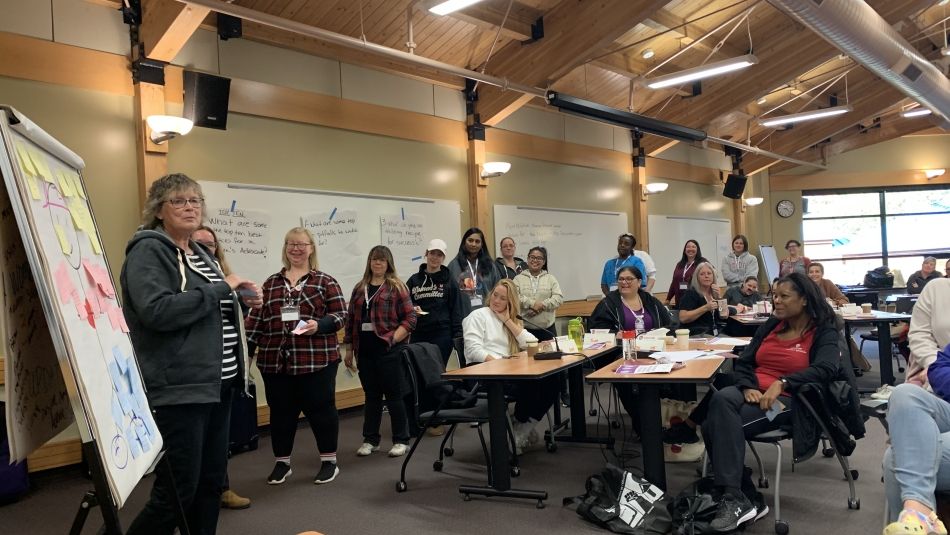 “Women’s Week is a skill-building, sisterhood-strengthening, leadership-supporting week where we build each other up and prepare more women to deepen their involvement in their union,” said Tracey Ramsey, Director of the Women’s Department. “After all, women represent a third of the Unifor membership, but we still see an under-representation of women in leadership positions in Local unions and in politics in general.”

There were 120 women at the centre, nearly half of whom were at the Port Elgin, Ontario facility for the first time. 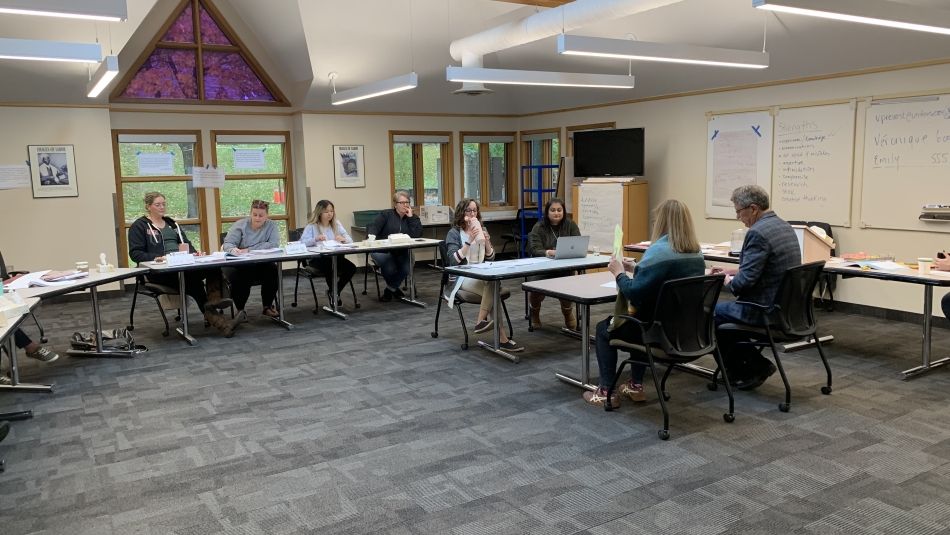 “Seeing women successfully make gains at the mock bargaining session during the collective bargaining course builds such hope,” said Ramsey. “More women at the bargaining table means contracts that reflect the needs of women and that improves working conditions for all members.”

“We are so thankful for activists like Eva who approach topics like suicide awareness and prevention with empathy and understanding and help us look out for each other’s mental health,” said Ramsey. 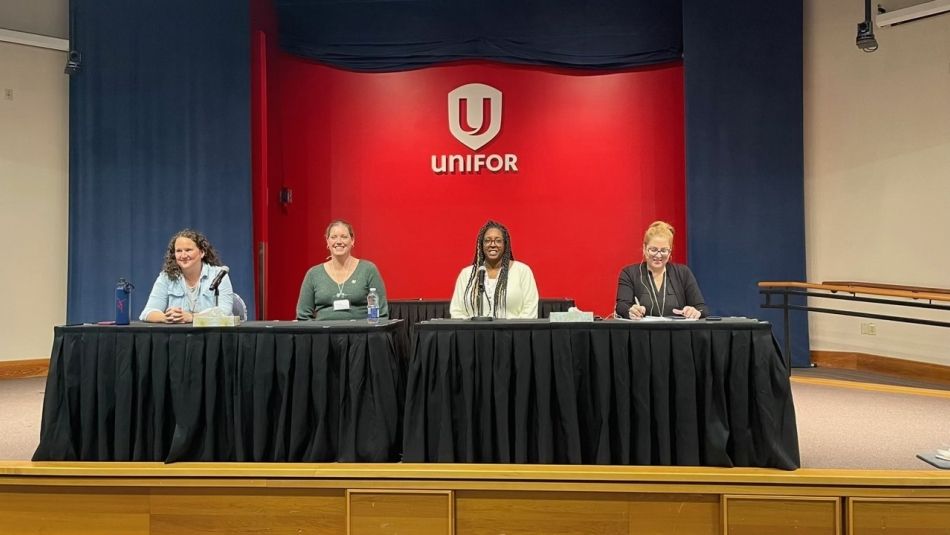 “It’s important to demystify leadership and to open doors for different perspectives because we all have so much to offer,” said Ramsey. “Unifor has many dynamic women leaders and that is because we support each other.”

Are you interested in learning more? Reach out to Tracey Ramsey and the Women’s Department at @email and follow on social media: