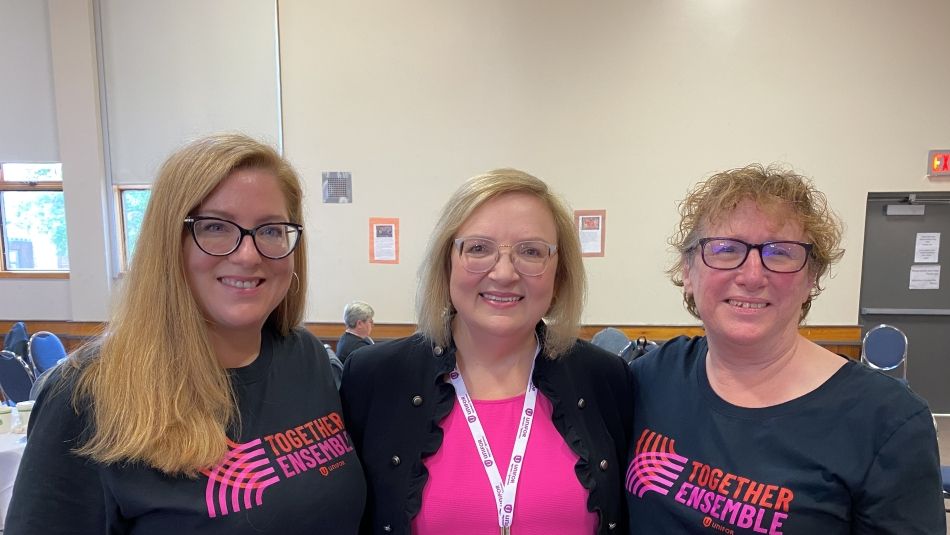 More than 350 women from across Canada gathered at the Unifor Family Education Centre for the 2022 Women’s Conference from September 11 to 13, 2022. With a theme of “Feminists at Work: We Are Unstoppable”, the conference aimed to connect Unifor members with other sisters to create new and grow current support networks.

“We had an incredible and inspiring conference and I think after more than two years of tremendous upheaval and stress, it was food for the soul for Unifor women to gather and re-connect,” said Tracey Ramsey, Unifor Women’s Department Director. “The bonds built this week will enable us to support each other in fighting for things that matter to women, including reproductive justice, successful implementation of the national child care program, pay equity and so much more.”

Celebrating the recent adoption of a national child care program by every province and territory marks a definitive victory for working women.
“We took a moment to celebrate achieving federal, accessible, affordable child care because this is something women have fought for decades to see,” said Ramsey. “It’s so important for members to recognize when we win because that readies us for the next fight.”

The agenda was packed with respected speakers, hands-on learning and leadership development, moments of reflection, and engaging panels on racial justice and political action.

On Sunday evening, Unifor National Chair in Social Justice and Democracy Kikéola Roach dug into the challenges facing working women, including the invisible work and care that remains disproportionately on women’s shoulders. 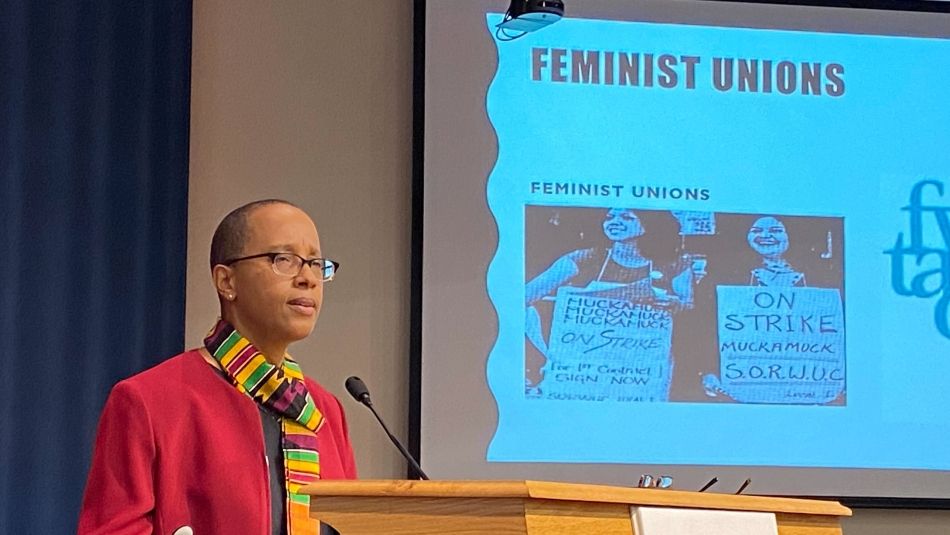 “Will organized labour be in the driver’s seat in the years to come, or will we be taken for a ride by the billionaires and the corporations,” Roach asked. “Women want to be recognized with decent work. And unions have the capacity to make this a reality.”

Marking the election of the first woman president of Unifor, it was a herstoric moment to have newly-elected National President Lana Payne address the room packed with sisters inspired by her leadership and ground-breaking achievements.

“We all know we are in challenging times. And workers are fighting back – everywhere. They are organizing themselves - everywhere,” Payne stressed. “This is no time for complacency. Sisters, we will always have battles because our job representing the working class means we confront power on the daily.”

Confronting power can take many forms. Well-known Canadian Economist and Atkinson Fellow on the Future of Work Armine Yalnizyan’s infectious energy made even her charts and graphs leap from the projections straight to delegates’ hearts, with a recognition of what population shifts will mean for our futures.

“In the coming decades we will have far fewer people of working age than we’ve seen in generations,” Yalnizyan said. “And yet, for every permanent resident our government allows into the country, we brought in two temporary foreign workers. That’s twice as many people who don’t have the ability to exercise their labour rights. We must fight this.” 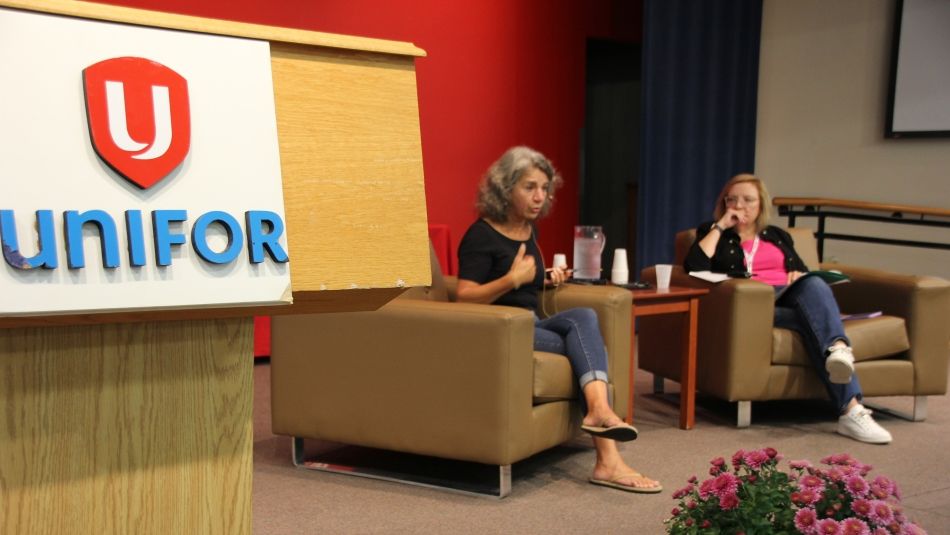 Amid discussions of societal shifts, sisters were also given moments to bond over creative pursuits, emblazoning their shirts with custom artwork, and taking time for themselves – not something many women have the opportunity to do on a regular basis. 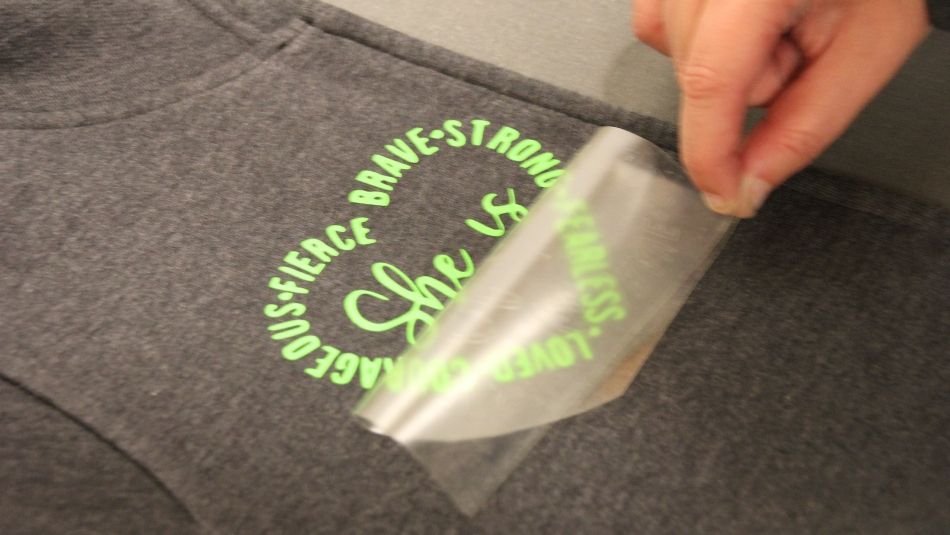 On Tuesday, delegates were steeped in conversations of political involvement, both in the traditional sense and in the democratic structures, committees and roles within the Local and National union.

“It is important that women see themselves in every facet of our structure,” said Ramsey. “We have a woman President, we have women Regional Directors, women Regional Chairs, Local Presidents and so much more. You have to know you belong in any role you choose and to not be afraid to put your name forward.”

Leadership development sessions ran through the morning with breakout groups for women interested in collective bargaining, or in being a steward, a health and safety representative or on their Local Union Executive Board.

The afternoon’s panel on Women in Politics saw experienced elected officials and political candidates discuss their experiences with running for office and being a woman holding office. Peggy Nash, former NDP Member of Parliament, spoke to delegates about the importance of unionized women fighting for political change.

“Unions are not only an important counterbalance in the workplace, they're a democratic counterbalance,” said Nash. “We are the ones pushing for strong social programs so that we care when someone is sick, or grows old, or has kids. You have to have that counterbalance to corporate power.” 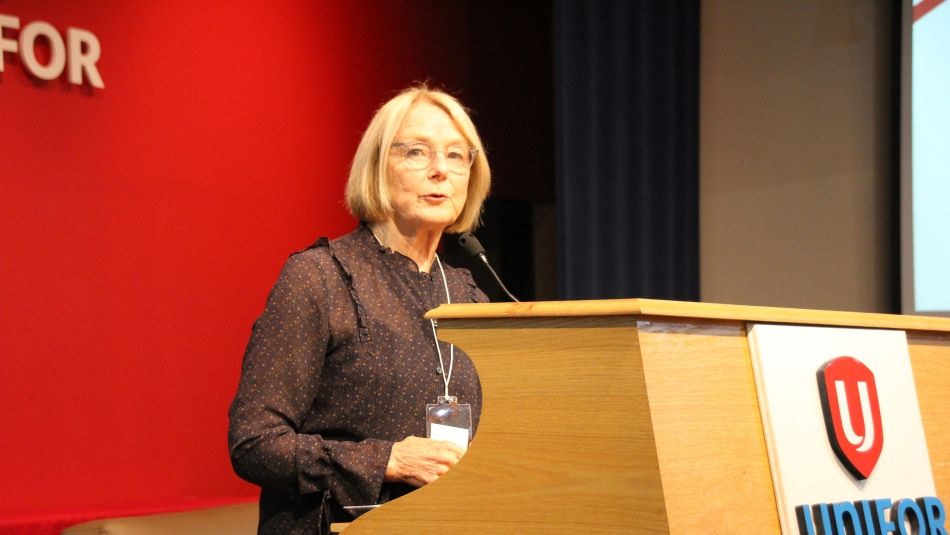 There were discussions of imposter syndrome and the feeling many women experience of not being “qualified” or ready to seek elected office.

“Once you’re there, walking into those imposing halls, and you hear someone else stand up to speak, it really can happen where you think, ‘Well, if they can be here, I deserve to be here, too!” said French. 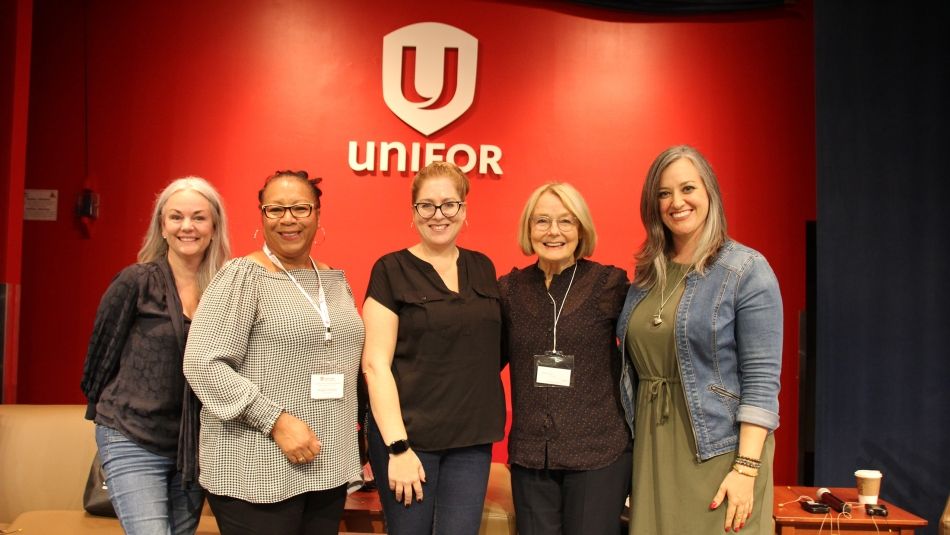 Inclusion and representation was a thread woven through the 3-day conference. Unifor Director of Human Rights Christine Maclin led a panel discussion with Racial Justice Advocates and Liaisons from different regions on the importance of recognizing intersectional challenges faced by Black, Indigenous and women of colour.

Allyship is not a gym membership – you have to show up

Racial Justice Advocate Peycke Roan from Local 975 called on all sisters to be involved in racial justice and equity.

“Allyship is not a gym membership – you have to show up,” she said. 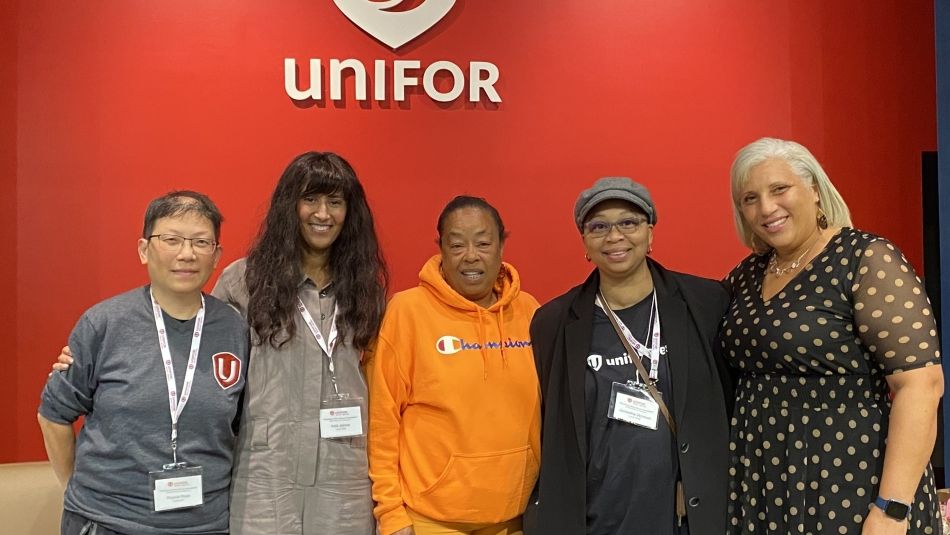 Unifor sisters will show up. They always do.