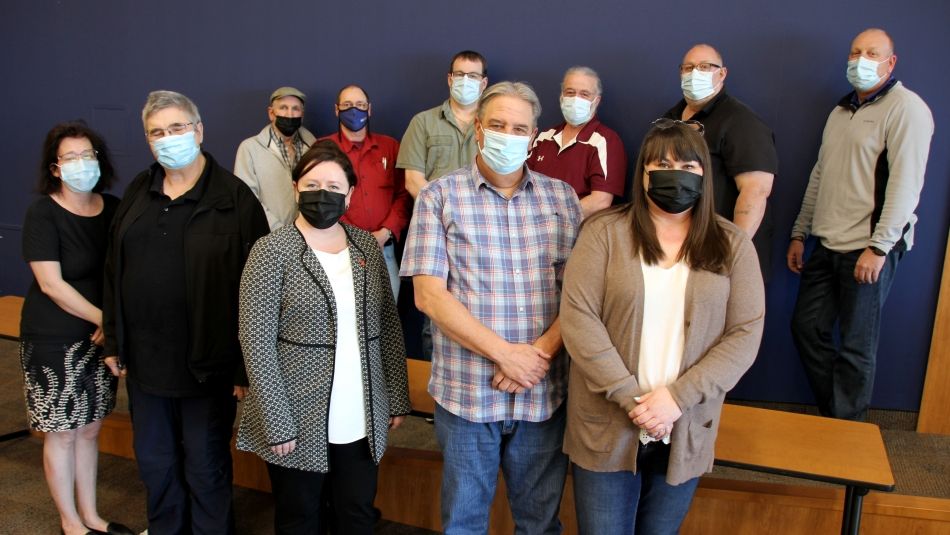 HALIFAX - Talks between the Health Support Bargaining Unit, led by Unifor, and Nova Scotia Health and the IWK have reached an impasse, with unions filing for conciliation in hopes of securing a new collective agreement for more than 3,000 health care workers across the province.

“We are most focused on supporting these members’ concerns about their working conditions and helping them during dramatically rising inflation,” said Linda MacNeil, Unifor Atlantic Regional Director. “Support Unit workers don’t get the attention the more visible members of the health care teams do, but they are just as integral to the operation of our health care services and need to be respected for the essential work they do.”
The Health Support Bargaining Unit is comprised of members represented by Unifor, CUPE and NSGEU. They work in classifications such as Maintenance, Power Engineering, Plumbing, Electrical, Laundry, Food Services, and Environmental Services.

“The members of this bargaining unit kept patients and staff fed, kept the facilities operational so hospitals could remain open, and cleaned and sterilized all through the pandemic to keep everyone safe,” said Susan Gill, Unifor National Representative and lead negotiator for the Health Support Unit. “They are crucial in helping to stop the spread of Covid and many other dangerous pathogens in hospitals and other facilities. We cannot have a health care system without these workers.”

The unions are looking for the employer to address numerous long-term vacancies in these job classifications that are not attracting many applicants due to low salaries and lack of permanent employment.

“Having so many vacancies in Support classifications left our members working long hours with few days off during the worst of the pandemic,” said Sandra Mullen, President of NSGEU. “Folks may be able to dig deep to manage staff shortages during an emergency, but the ‘emergency’ has been going on for more than two years and workers are beyond exhausted.”

After eight days of bargaining over five months with Nova Scotia Health and the IWK, there has been little progress made in reaching an agreement for a new contract that expired on October 31, 2020.

“This bargaining unit contains some of the lowest-paid health care workers in the Province and they are unable to obtain equivalent monetary provisions as some of their healthcare teammates and are essentially at the point of being ignored by their employers,” said Bev Strachan, President of CUPE Local 8920.

The Health Care Council of Unions bargaining committee for the Health Support Unit consists of three members from Unifor, five from NSGEU and three from CUPE. For media inquiries, please contact:
Unifor
Shelley Amyotte
@email or 902-717-7491