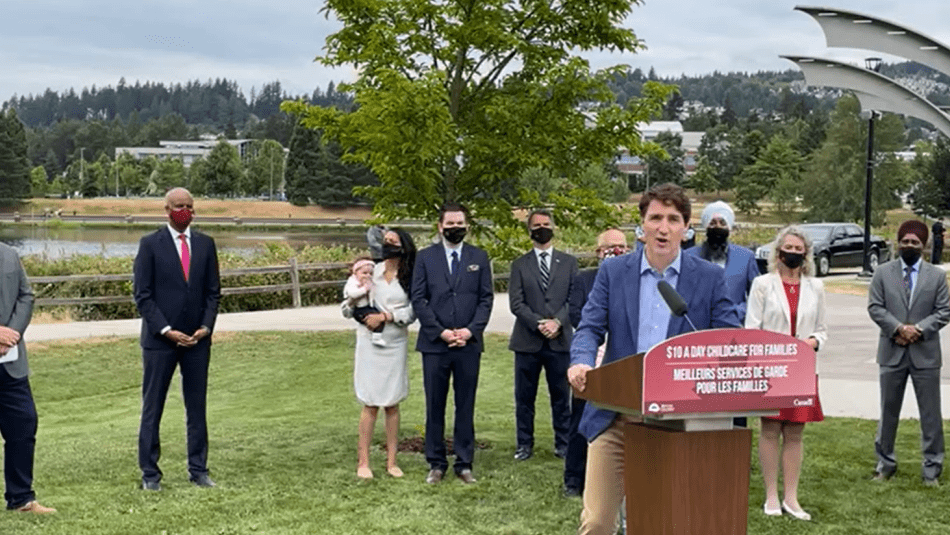 TORONTO – Now that British Columbia has signed on to the federal child care plan, Unifor is calling on all other provinces to step up.

“We all know Canada desperately needs this child care plan,” said Jerry Dias, Unifor’s National President. “Today’s announcement by Prime Minister Justin Trudeau and Premier John Horgan is a step in the right direction for affordable child care. Women shouldn’t have to choose between their career or taking care of their family.”

The B.C. government reached an agreement with the federal Liberal government to implement a plan to make child care more affordable, including $10 a day child care in regulated spaces for children under six years old before 2027, an additional 30,000 daycare spaces in B.C. in the next five years and fees for regulated spaces will be cut in half by the end of 2022. The federal funds will build on $2 billion invested by the Horgan government since 2018.

“Women have been fighting for national child care for decades. Not once did they stop fighting,” said Lana Payne, Unifor’s National Secretary-Treasurer. “This year’s federal budget put child care at the centre of building back our economy. And today’s B.C. agreement is one more important step towards advancing women’s equality.”

B.C. is the first province to agree to the federal government’s national child care plan, laid out in the 2021 federal budget, which pledged roughly $30 billion over five years to help offset the cost of early learning and child care. Trudeau alluded in his press conference Thursday he has been in talks with other provinces.

Unifor recognizes the hard work of advocates such as Child Care Now and B.C.’s $10aDay.ca, which have worked hard to achieve this important step today.

When Finance Minister Chrystia Freeland introduced the government’s affordable child care strategy in the spring, she labelled the move as a “feminist economic policy.” The pandemic has hit women particularly hard, and only a feminist budget can address that, says Unifor.

An affordable national child care program would go a long way to help rebalance women pushed out of the job market while looking after children kept home from school and elderly relatives needing care.

“This doesn’t only impact parents – everyone depends on someone who depends on child care,” said Dias. “There is no cost to provinces to get on board. We need to support workers in the child care sector who have stood on the front lines during this pandemic and ensure that a well-trained workforce is supported. As Minister Katrina Chen said, they are the workforce behind the workforce.”