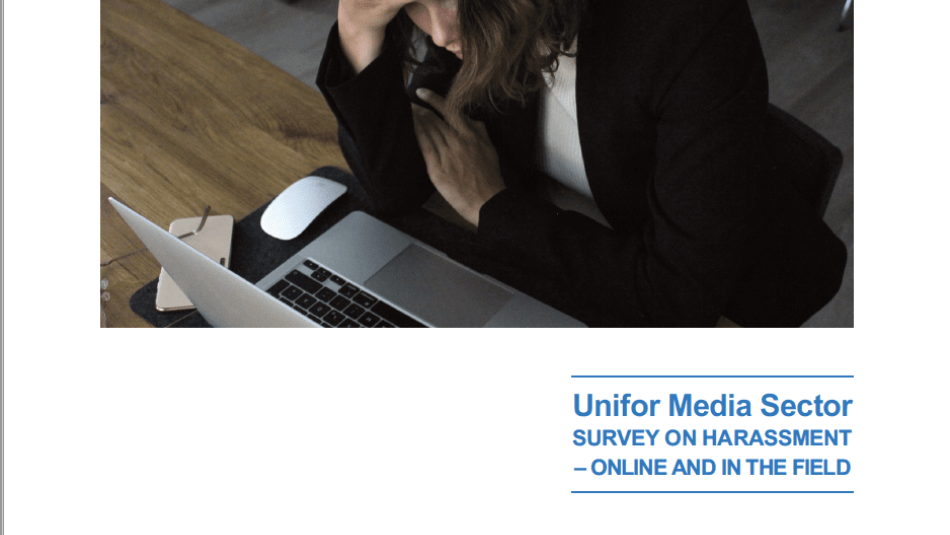 TORONTO – A survey of journalists and media worker members of Unifor has found high levels of online and in-person harassment on the job, and the problem is only getting worse.

“We are seeing increasing attacks on media workers who are simply doing their jobs – jobs that are vital to a functioning democracy. We cannot tolerate this any longer.”

The results are in line with a trauma study by Carleton University released last week that found 56% of journalists faced report online harassment and threats, and 69% experienced anxiety as a result of their work.

The Unifor survey found much of the abuse contained racist and misogynist attacks, including threats of violence against the journalists and their families. Respondents to the survey said they wanted both their union and management to address the issue.

“There is a clear role for both Unifor and management of media outlets to play in confronting harassment,” Unifor Media Director Randy Kitt said. “Surveys such as this one show just how widespread the problem is.”

Unifor is also developing sample collective agreement language to address harassment on the job for media workers, which will be part of future contract talks.

Unifor is Canada's largest union in the private sector and represents 315,000 workers in every major area of the economy, including 13,000 in media. The union advocates for all working people and their rights, fights for equality and social justice in Canada and abroad, and strives to create progressive change for a better future.