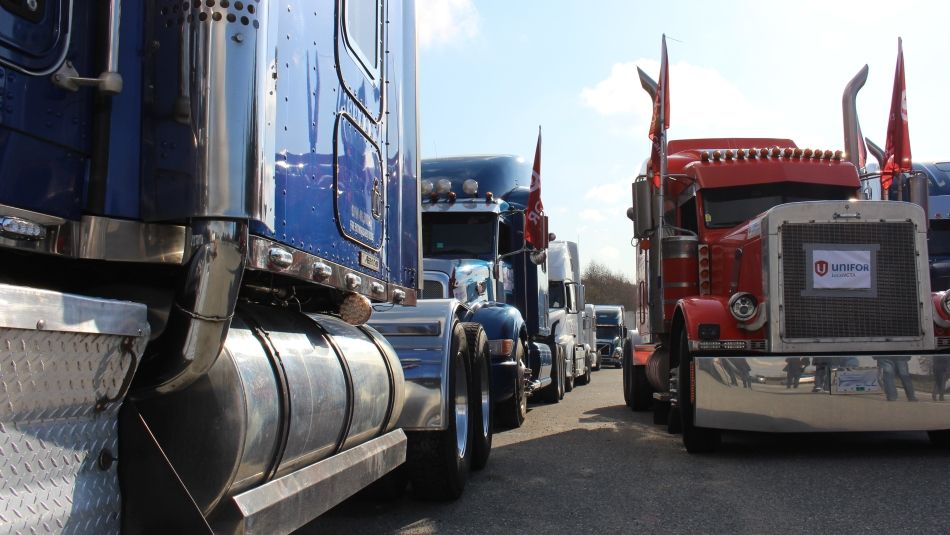 VANCOUVER—Container truck drivers at Aheer Transportation and Prudential Transportation could be on strike as soon as December 3, 2021 after 72-hours notice was served today by Unifor.

“Unifor will not let Aheer and Prudential escape their responsibilities to workers,” said Unifor National President Jerry Dias. “The pattern collective agreement negotiated this summer is fair and reasonable. There will be no exemptions for greedy employers.”

On November 21 truckers at the two companies voted overwhelmingly to strike if their employers refused the industry pattern agreement set earlier this year with Harbour Link Transportation. Key achievements include health, dental, and insurance benefits for all drivers along with increased payments for waiting time.

The two employers account for approximately 170 trucks, or 10% of the Port of Vancouver’s container trucks. The shipping backlog at the port shows that business is booming and a modest increase in rates to those transporting goods out of the docks should not be controversial, says Unifor.

“For the sake of stability at Metro Vancouver’s busy ports, I hope that the owners of Aheer and Prudential come to their senses,” said Gavin McGarrigle, Unifor Western Regional Director. “Fairness across the sector is not too much to ask.”

Aheer Transportation has one of the worst labour relations records at the port, twice garnering tens of thousands of dollars in fines from the Trucking Commissioner in June 2018 and September 2017 along with many labour board and arbitration rulings.