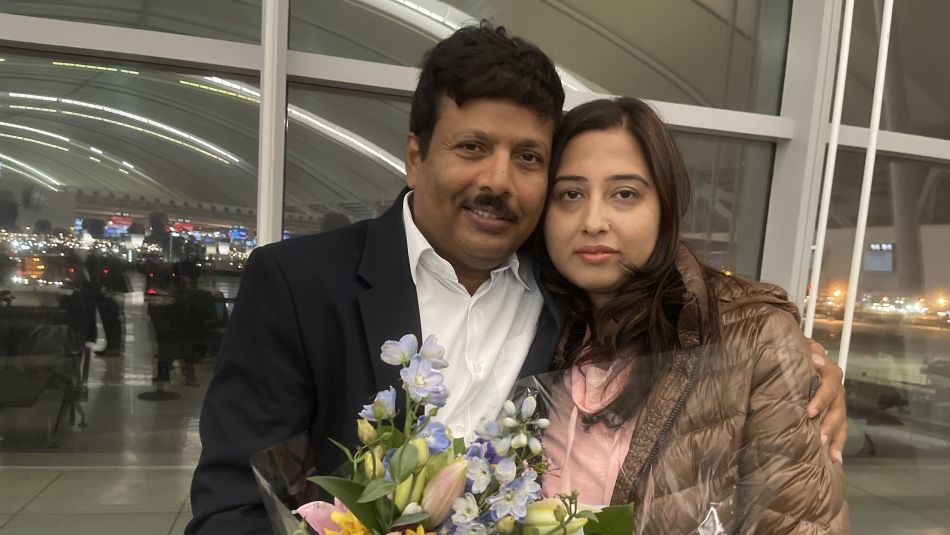 TORONTO–Unifor is relieved that its member, Bal Krishna Dubey, who has been detained in the Dominican Republic with four other Pivot Airlines crew members since April 2022, is finally home in Canada in time for the holidays.

“It’s been a long and exhausting journey for the crew,” said Lana Payne, Unifor National President. “Unifor supported our member throughout this ordeal and our union will continue to support him with all available resources as he recovers from this harrowing and traumatic experience.”

Since April 5, Dubey, a part-time electrical mechanic at Pivot Airlines and a member of Unifor Local 2002, along with two flight attendants and two pilots – members of CUPE and ALPA, respectively – was held in the Dominican Republic, after discovering and reporting 210 kilos of narcotics on their plane departing from Punta Cana airport.

In doing so, the crew prevented a possible onboard fire, and a probable air disaster resulting from the added weight and unsafe location of the contraband on the plane.

The crew spent nine days in jail, where they received threats and deplorable cell conditions. Since being released on bail, they remained under house arrest, enduring this difficult situation while being away from their families.

In a joint union effort, Unifor, along with CUPE and ALPA, ran online campaigns to put pressure on the Canadian and Dominican governments to bring our members home quickly and safely.

Dubey’s Canadian citizenship was expedited so that he could continue receiving consular support and on May 26, he took the oath of citizenship remotely from the Dominican Republic.

On Nov. 18, the crew received the Dominican judge’s long-awaited signature required for their release and were granted their freedom. The crew arrived at Toronto’s Pearson International Airport this evening, on Dec. 1.

“BK and his family are just glad to be back together,” said Tammy Moore, Unifor Local 2002 President. “He was simply doing his normal duty in Canadian or international law to check the plane and report anything suspicious. This has been a nightmare for them.”

Dubey said he’s ecstatic to be back on Canadian soil.

“It’s been a long seven months,” he said. “I am so thankful to be home and that Unifor gave me the support I needed to get here.”

Unifor represents 16,000 members across Canada in the aviation sector.