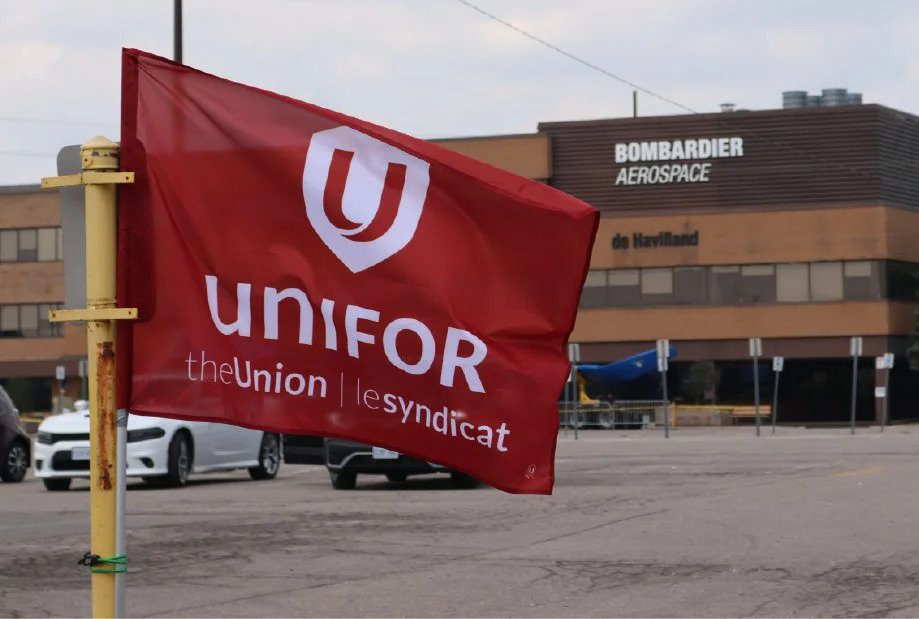 “I am proud of all Unifor members at De Havilland for standing strong throughout this strike despite very difficult negotiations and extremely tough economic times. Thanks to the work of our bargaining team, union members now have options for a way forward,” said Jerry Dias, Unifor National President. “Canada’s aerospace sector is still hurting from the devastating economic impact of COVID-19. Our union will not stop fighting for a comprehensive recovery plan that includes the return of every advanced aerospace manufacturing job affected by the pandemic.”

Negotiations centered on the company’s plans to leave its current production location at the Downsview plant, ending production of the Dash 8 aircraft. In the absence of a commitment to resume production, the agreements provide union members with financial compensation, including retirement incentives, restructuring packages, and enhanced severance packages that double the Employment Standards Act minimum. The agreements also include preferential hiring provisions for union members should production of the Dash 8 resume.

“Looking after our members affected by the end of Dash 8 production was our highest priority and I believe we did just that,” said John Turner, Unifor Local 112 President. “We know severance doesn’t replace a good-paying job or help pass on highly valuable skills from one generation to the next. That’s why our union will continue advocating for protecting our advanced manufacturing jobs.”

“Despite the company exiting Downsview, it was crucial that we secured an office space within a reasonable radius of the plant and maintain a presence for our bargaining unit,” said Maryellen McIlmoyle, Unifor Local 673 President. “We know the economy will recover in the future and, when it does, this space will be an important opportunity to rebuild.”