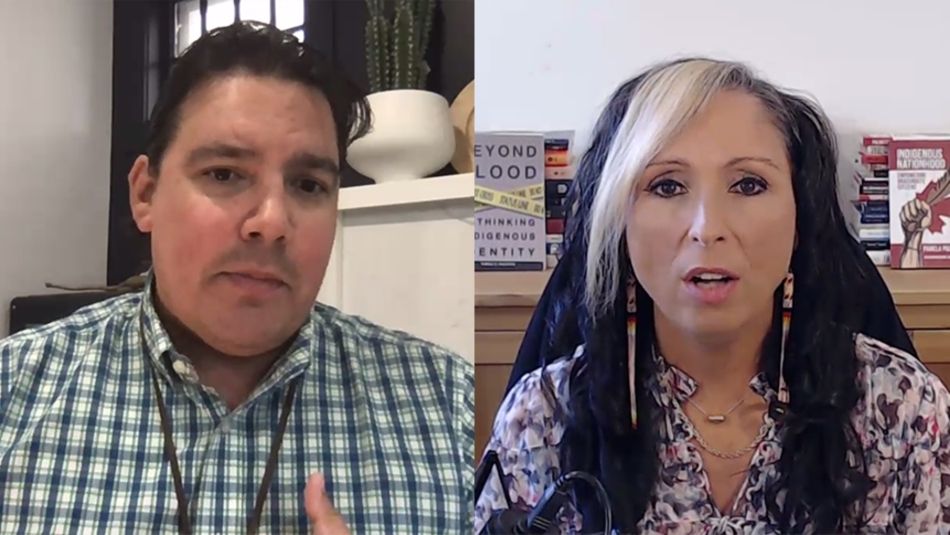 Unifor members from across the country tuned-in to the Education Department’s webinar about racism in the media as experienced by Indigenous peoples on September 17, 2020.

Indigenous Liaison Gina Smoke facilitated the hour-long conversation with two prominent activist-scholars Dr. Pam Palmeter and Dr. Niigaan Sinclair. A Mi’kmaw citizen and member of the Eel River Bar First Nation, Palmeter is an Associate Professor and the Chair in Indigenous Governance at Ryerson University. Sinclair is a member of the Anishinaabe First Nation and teaches at the University of Manitoba. Both are published authors and can be seen regularly commenting on Indigenous issues in national and regional publications and on news networks.

The webinar focused on identifying anti-Indigenous racism in the media and discussing ways to address the problem to better reflect the struggles facing these communities. Palmeter said anti-Indigenous bias can manifest in several ways, including portraying Indigenous peoples as tokenized, infighting, a social problem, or social disturbances, particularly when First Nations stand up for themselves, for example at pipeline protests. She said that even when media outlets include the voices of Indigenous people in policy or news conversations, they are often staged in opposition to overtly racist commentators, which does not actually achieve “balanced” coverage.

Sinclair discussed the over-representation of Indigenous peoples in crime coverage and the common media problem of reporting on the symptoms (eg. gangs) and not the causes of crime (eg. poverty). He used various real-world examples from his own experience as a contributor to the Winnipeg Free Press about how, while members of the media are rarely decision-makers per se, media coverage plays a central role in framing mainstream perceptions of most policy issues. Finally, Sinclair reminded the journalists participating in the webinar to not be over-reliant on single sources to represent the diversity of views among Indigenous communities.

This webinar was the first in the Turtle Island series hosted by Unifor’s Education Department and facilitated by Smoke. The next webinar will be held on September 29 and review the history and goals of Orange Shirt Day. Unifor members can register via @email.