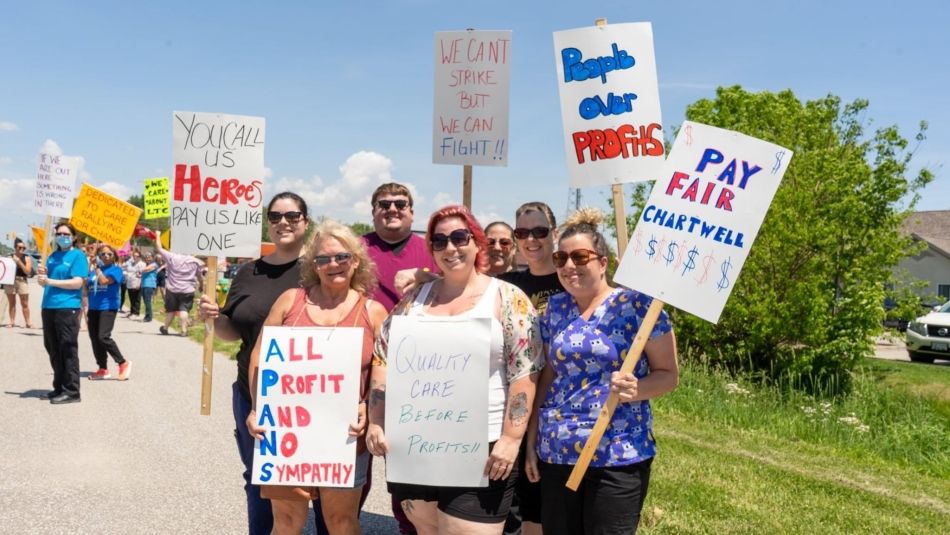 TORONTO- Unifor will seek judicial review of an arbitration award that set the new terms of collective agreements covering hundreds of long-term care workers that continues a trend of failing workers in the sector.

“After the national outrage at what residents and workers in long-term care faced through the pandemic, we quite frankly expected some change in how they were treated,” said Katha Fortier, Assistant to the National President. “Arbitrators have been failing long-term care workers for a decade and staff shortages were evident across the province well before the pandemic – enough is enough. We are fighting this decision and are demanding more for long-term care workers.”

Arbitrator Chris White issued the award on May 31, 2022, that covers 1,200 workers in 11 long-term care homes represented by Unifor Local 302. The monetary elements of the award contained general wage increases of 1.5% in year 1, 1.75% in year 2; a $0.50 RPN adjustment; a $0.10 increase in the weekend premium; a $50 increase in vision coverage; and an increase to existing mental health services benefits to $500.

“I’m devastated and angry on behalf of our members,” said Lisa Tucker, President of Unifor Local 302. “There are so many factors the arbitrator should have considered when preparing this award and it seems unimaginable after the last two years to present long-term care workers with a monetary package like this. It’s insulting.”

The union’s challenge maintains the arbitrator in this case clearly ignored vital context, from skyrocketing inflation to serious recruitment and retention issues and the ongoing pandemic, and that this award should not be used as precedent for other long-term care home negotiations.

“The arbitration system is clearly broken, as demonstrated by this award, along with the fact that arbitrators have been awarding long-term care home workers below-inflation wage increases for more than a decade,” said Fortier. “Compensation is an important factor in ensuring long-term care homes can properly attract and retain workers, especially given the system-wide staffing shortages in Ontario.”