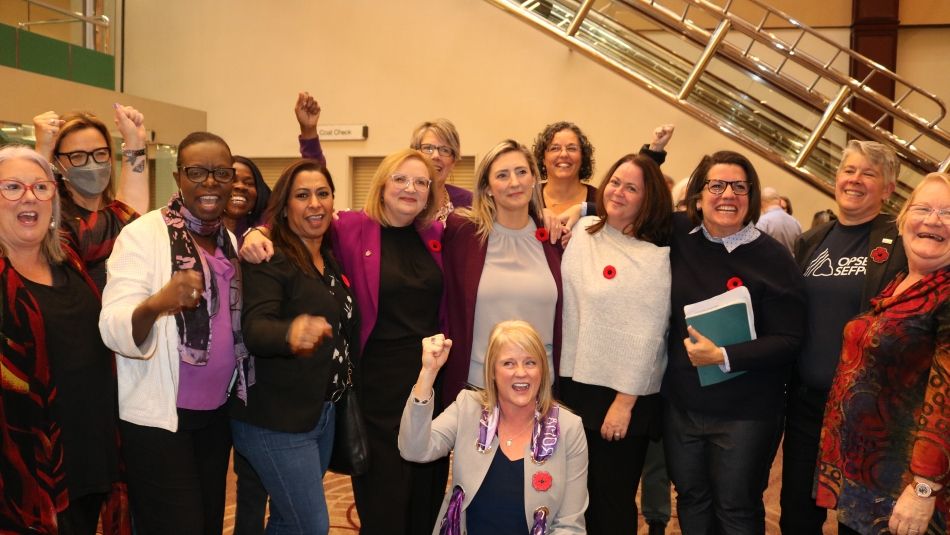 TORONTO- Unifor joined a media conference with CUPE education workers following a commitment by Premier Ford to fully repeal Bill 28 and return to the bargaining table with education workers.

“The Conservative Government’s Bill 28 took a sledgehammer to the rights of CUPE education workers and all workers. They and all workers said no. This is an important step for the Premier to take to revoke this unprecedented attack on labour rights,” said Lana Payne, Unifor National President. “Now, CUPE education workers need a fair collective agreement, and Unifor will be with these workers until they win.”

At the media conference held at the Sheraton Centre in Toronto, CUPE announced a plan to return to work and collapse protest sites on Tuesday, November 8.

“This draconian law was written as a warning to all workers in the province, and all workers responded. Stephen Lecce and Doug Ford started this fight with CUPE education workers but their nasty tactics and complete erosion of labour law meant that instead of just targeting Ontario’s lowest paid education workers, they faced off against Ontario’s entire labour movement,” said Naureen Rizvi, Unifor Ontario Director.

Unifor’s Automotive Council and Independent Parts Suppliers Council wrote to Premier Ford on November 6 demanding a repeal of the bill, and pledging to take action in opposition to the government’s actions.

“If fundamental rights can be taken away from workers without recourse in the public sector then no one’s rights are safe. There is no question that this same tactic could have used here again, and in other provinces. You can be sure that other Conservative premiers are watching our fight closely,” added Payne.

For media inquiries or to arrange a Skype, Zoom or FaceTime interview please contact Unifor Communications Representative Sarah McCue at @email or 416-458-3307.