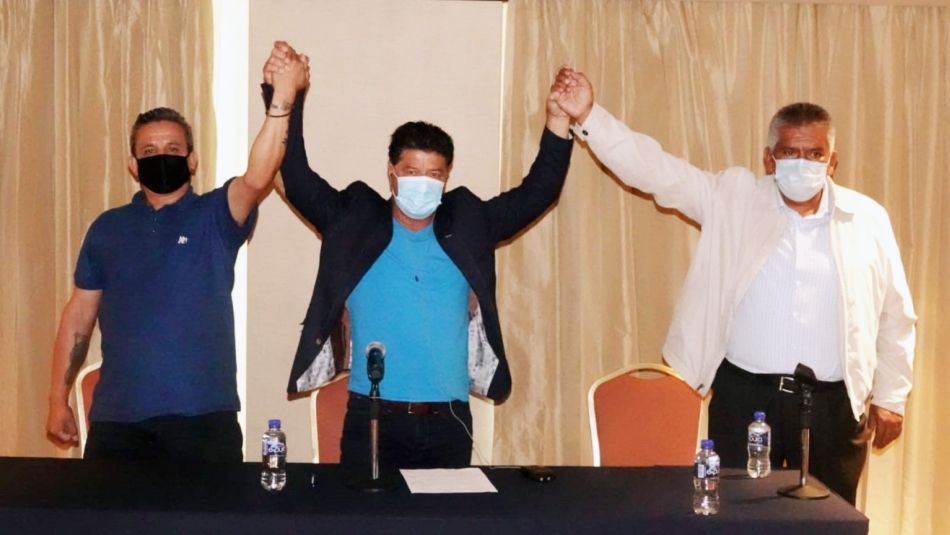 August 19, 2021 TORONTO – A vote by workers at a General Motors plant in Mexico this week, rejecting an imposed and undemocratic union contract, is a great step forward for them and for workers across North America, Unifor National President Jerry Dias says. “This is exactly what we worked so hard to achieve during the talks to renegotiate NAFTA. Every worker deserves a real voice in their workplace” Dias said. “From here, the workers at Silao will be able to negotiate a collective agreement with General Motors that protects their rights and improves their lives.” In a vote held this week in Silao, Mexico, 7,000 GM workers rejected the existing company-led union contract, negotiated by an affiliate of the Confederación de Trabajadores de México (CTM) union, notorious for intimidation tactics and undemocratic trade union practices, throughout the country. The vote was held under provisions of a 2019 Mexican labour law reform, and backed by enforcement measures in the renegotiated North American Free Trade Agreement. The new trade terms set out the rights of workers to approve collective agreements and choose their own union, with companies facing severe trade sanctions for a breach of those rights. With the rejection of this contract with a vote of 3,214 to 2,623, the workers can now work with an independent union that has already been registered at the plant to negotiate a new collective agreement with the company. Previous votes at the plant were marred by allegations of illegal vote tampering, ballot destruction and worker intimidation. Unifor has stood worth the workers at the plant throughout the process, with Dias and International Director Mohamad Alsadi, attending a series of recent events in Mexico, including trips to the Silao facility, to let the workers and authorities there know that unions and governments across North America were watching. Dias said Unifor got involved with the NAFTA renegotiation to ensure the needs of workers in all three NAFTA countries were addressed, and will remain involved in making sure labour provisions in the new CUMSA deal are honoured. “No worker can make progress if any are being exploited,” Dias said. Unifor is Canada's largest union in the private sector and represents 315,000 workers in every major area of the economy. The union advocates for all working people and their rights, fights for equality and social justice in Canada and abroad, and strives to create progressive change for a better future. Information about the union's response to the pandemic, as well as resources for members can be found at unifor.org/covid19. To arrange for interviews, in-person or via Skype or FaceTime, please contact Unifor Communications Representative Stuart Laidlaw at @email or 647-385-4054 (cell).