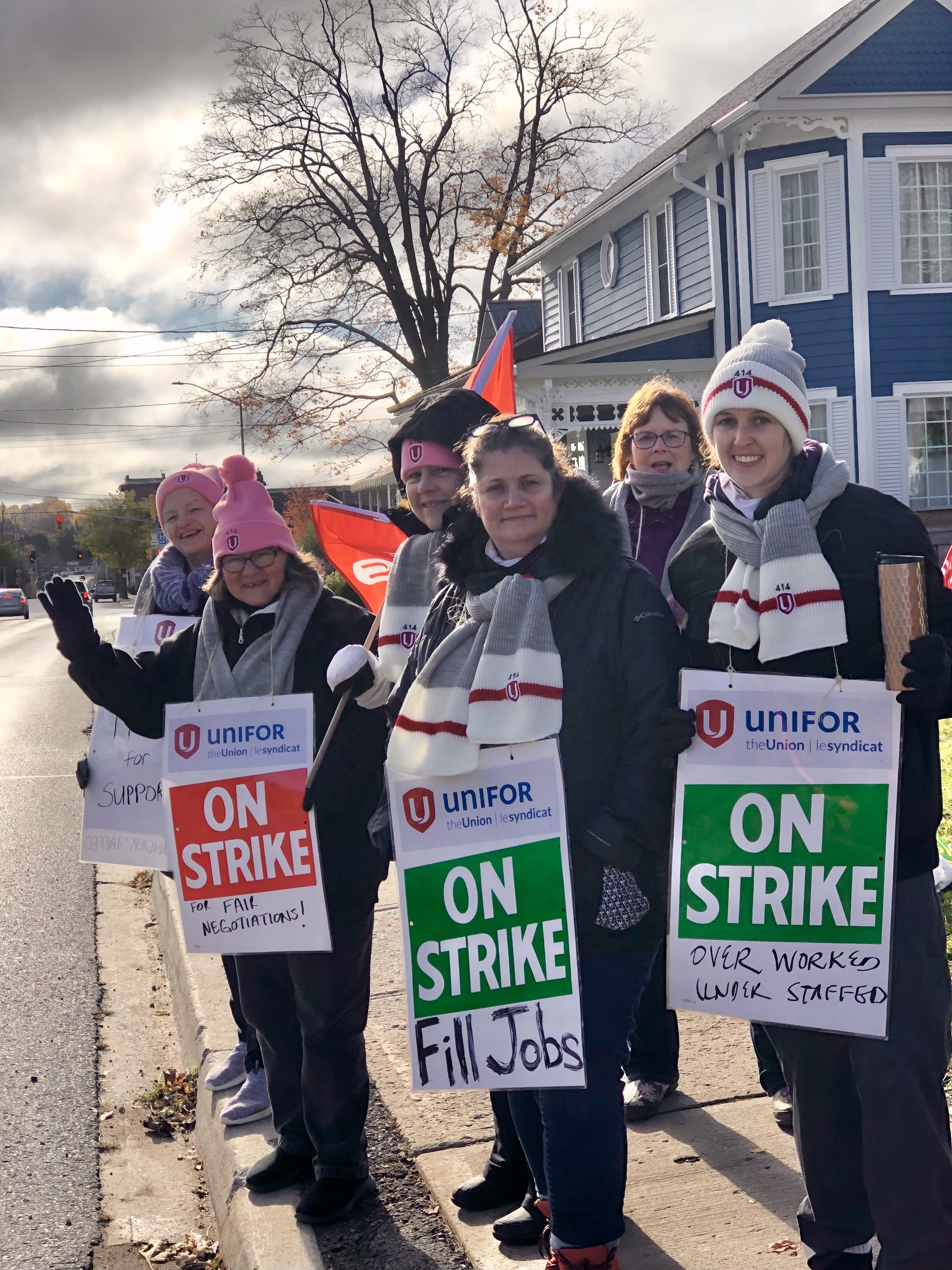 “These women are absolutely united, and have been steadfast on their needs since the start of negotiations earlier this year. I hope that this vote is a clear enough message to the shelter’s board and LAIH management, that it’s time to treat shelter workers with respect and stand by their own previous commitments made at the bargaining table,” said Jerry Dias, Unifor National President.

Shelter workers at the LAIH initiated a strike on Friday, October 29, 2021.

The employer used its right to force a vote on its ‘final offer’ contract this week. Members unanimously rejected the contract by a secret ballot vote.

“One of the issues throughout this entire dispute has been LAIH management’s refusal to face workers directly, to bargain fairly or truly listen to the workers. That must change. We have always been willing to return to the table, and I once again invite LAIH management and the board to bargain with these shelter workers directly,” said Gord Currie, Unifor Local 414 President.

The Union was surprised by the contents of the employers’ final offer, in which it admitted the shelter is not subject to the Bill 124 wage restraint legislation, after the employer’s bargaining agent made unfounded claims that it was. The offer also failed to include more than 20 previously agreed to changes and made no effort to improve on workers’ core issues of staffing levels, union representation, health and safety and return to work language.

The current collective agreement has been expired for more than a year and covers approximately 20 workers at LAIH. The unit voted 100% in favour of strike action. Workers are seeking the same or similar processes and benefits that sister agencies in neighbouring communities have, aiming to address issues of representation, disciplinary actions and job postings.

LAIH is a shelter that serves women and children escaping domestic violence.