Unifor retirees from across the country participated in the first virtual Retired Workers Council, which took place online September 7-9, 2021.

“Retirees have learned a new way of doing activism, as we have learned a new way to deliver workshops, programs and in fact this Council,” said Barb Dolan, Unifor Director of Retired Workers, as she welcomed the delegates. “We’re moving forward and doing the business that we need to do of our union and of the retired workers.” 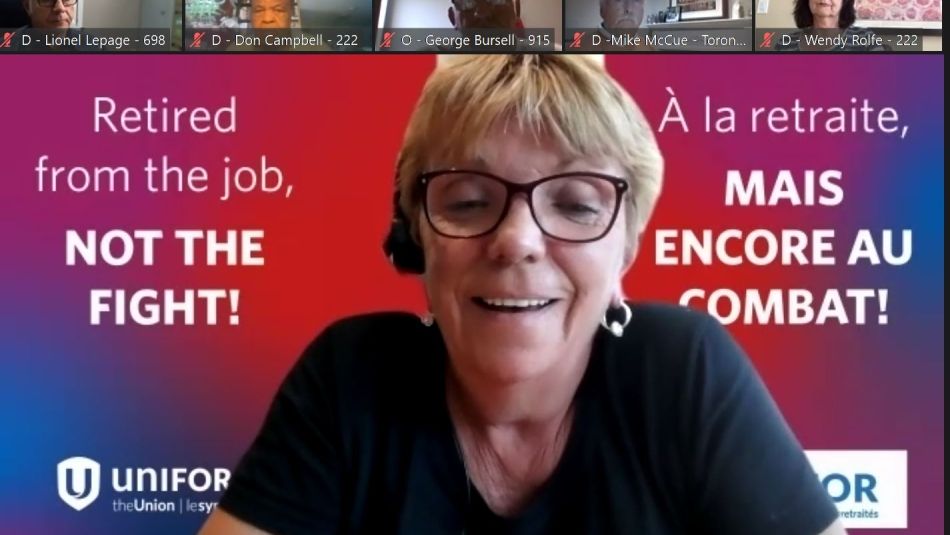 “Every region is represented at this council, surpassing numbers ever seen before at previous councils. It is also the first Council to include participants from Alberta and Newfoundland,” said Les MacDonald, Chairperson, Retired Workers Council Executive.  “While we would love to be able to meet in person the move to conduct the Council virtually has enabled retirees who typically would not travel to attend to have a voice as we address key issues and set a course for the next year.”

During his address, National President Jerry Dias encouraged retirees to take an active role in the ongoing federal election campaign as he acknowledged the significant role of Unifor retirees, past, present and future.

“This conference is so important because it’s about keeping everyone engaged. I think about the important work that you have done historically and that you will do in the future,” said Dias. “We’re a changing union and if we’re going to get people involved they have to feel like they are part of the organization. You can never forget your past but if you don’t keep an eye to the future you’re going to be left behind.” 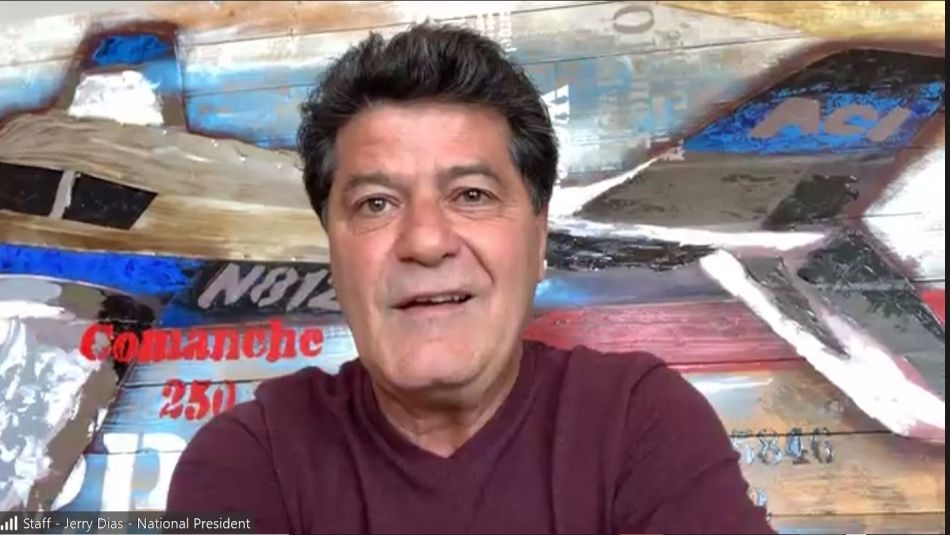 Dias pointed out that this will be the last time that he will address the Retired Workers  Council as National President, saying that he looks forward to returning as a delegate when he joins the retiree ranks next year. Dias also took the opportunity to thank the retirees for their support.

“I want to thank you all very much for the support that you gave the union and continue to give, the support that you’ve given to me personally and my family,” Dias said. “The bottom line is the support and the love that you have for your union each and every day, because that’s the bond that keeps us all together.”

“You are our link, our connection, to the fights that laid the foundation for our union,” said Payne. “The engagement and active role played by our retirees makes us a better union. You have great and important responsibility – to continue to mentor and inspire a new generation of trade unionists with why we do what we do and why Unifor has chosen the bold path that we have.” 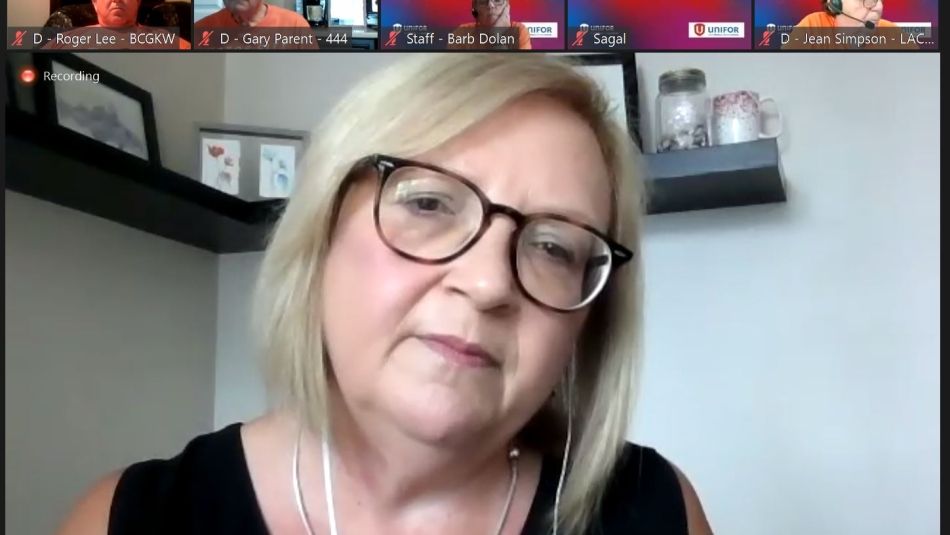 Delegates took time to recognize the contributions of Jean Yves Vachon, recipient of the 2021 Unifor Outstanding Retired Worker of the Year Award.

“It is important that we continue, and that we remain active,” said Vachon, a political activist, advocate for people with disabilities, and supporter of French language, worker and human rights. 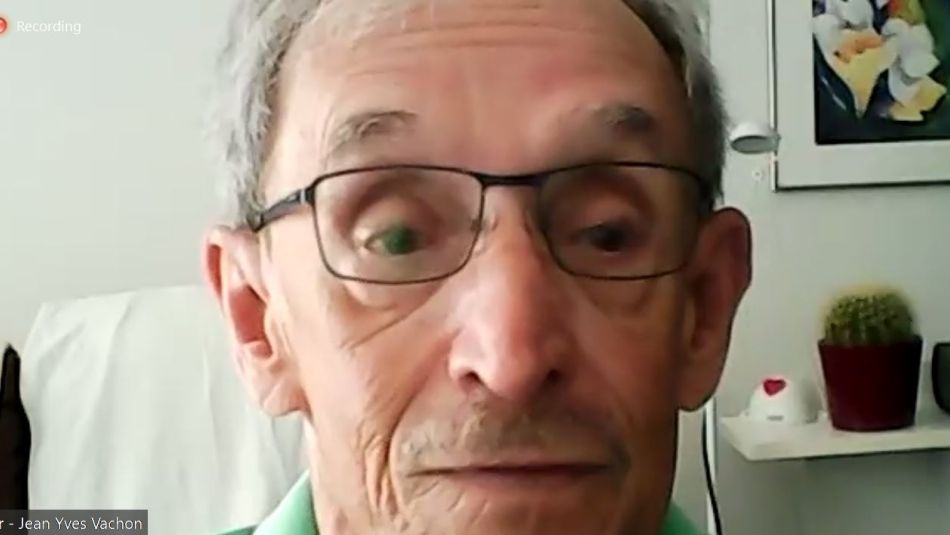 On the final day, keynote speaker Marlene Gallagher shared information on the history of land treaties, the ongoing impact of Indian Act on Indigenous peoples, and her personal experience at a residential school beginning at the age of five.

“Intergenerationally we pass along some of this trauma to our children. It’s going to take generations to come out of this and be able to say that it’s behind us to a certain degree,” said Gallagher.  “Working together for a better tomorrow is an important piece for all of us as Canadians.” 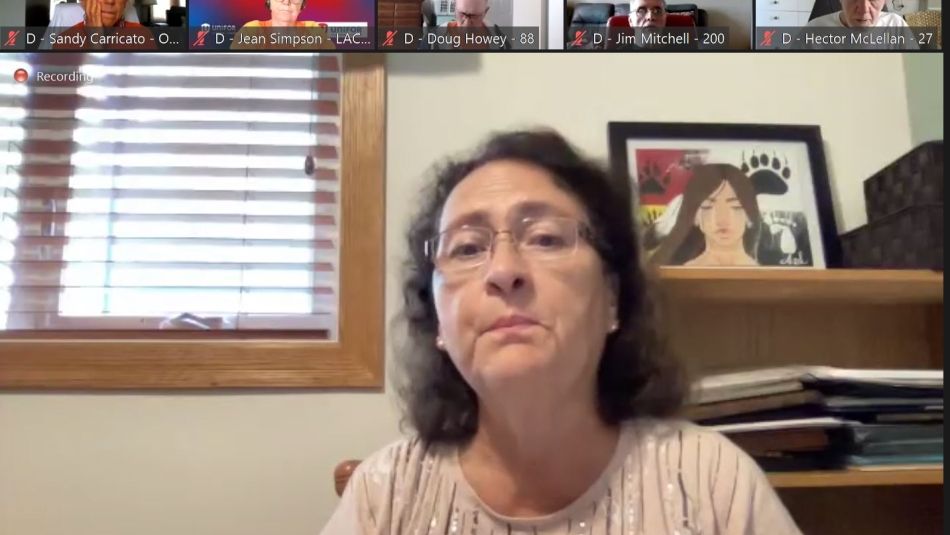 For information on forming a Retired Workers Chapter visit unifor.org/retirees.