Remembering and calling for action on violence against women 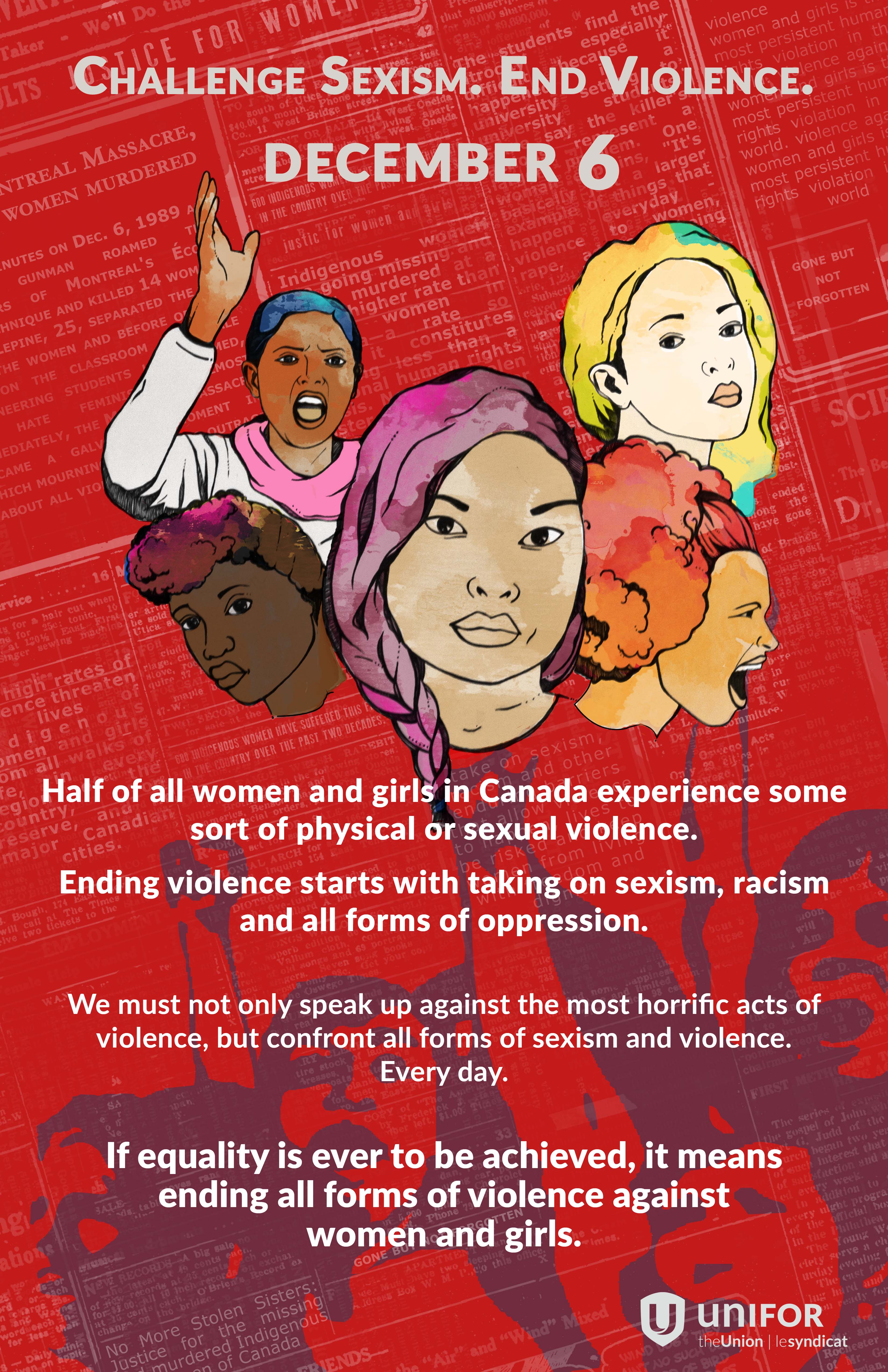 This year has been a year of tragedies for many in the world, from missing planes and sinking ferries, to armed civil unrest and schoolgirl abductions.  But closer to home, 2014 marks an important anniversary in the lives of Canadians both young and old. This year marks the 25th anniversary of the Montreal Massacre in which 14 women were killed at École Polytechnique in Quebec. The reason for this brutal attack: a man “fighting feminism” and seeking revenge for the women he believed ruined his life.

25 years ago on December 6, 1989 I was still a few months away from being born, but I have learned to understand what happened on the tragic day in Canadian history. All one must do it turn on the TV to see that violence against women still happens today. Whether it’s an interview on Dr. Phil or part of one of your favourite TV shows, domestic violence surrounds our lives and it happens in every province, in every city, and in every community.

A recent survey from the Western University in Ontario on domestic violence and its effects in the workplace shows that, even now, after years of light being shed on the subject, 33 per cent of respondents had reported domestic abuse. Of course, those are only the reported cases. The survey from Western found that 53 per cent of those reported experiencing domestic violence had experienced some form of violence at their workplace.

A stark example of the dangers facing women is the outrageous number of missing and murdered Aboriginal women in Canada. Just last week, a woman from an hour north of my hometown vanished without a trace and has now joined the scores of women missing Canada-wide. That this would go on without action from our police forces and government representative is condemnable.

As a man, I understand that violence against women will never end if we don't take responsibility to end it. As a young person, it will be myself and my peers who are at the forefront of ending violence against women in the workplace. For the next 25 years and for years beyond that, I hope to be part of the generation of people who make the commitment to true equality; to call out violence, sexism and homophobia; to speak out against violence when we see it; to believe the women who come forward with stories of harassment and assault; and to refuse to perpetuate violence wherever I am, whether that be at home, at work, or walking down the street.