Raising $1million for shelter only a start 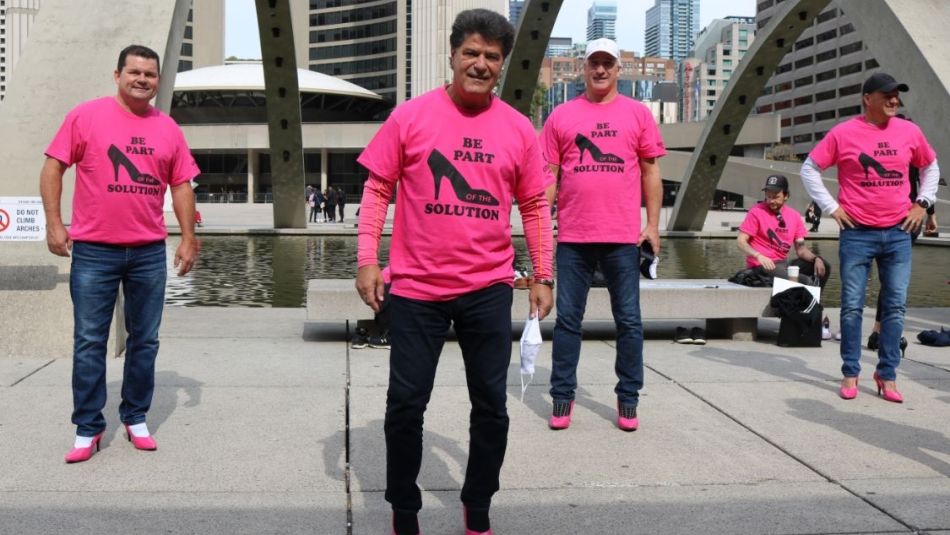 We shouldn’t have to fundraise but we do. Every year my son and I partner with Halton Women’s Place for a fundraising event that raises huge amounts of money they would be devastated without.

Over the years, our efforts in the Hope in High Heels walk – in which we literally walk a mile in women’s shoes, bright pink high-heeled shoes, including this past weekend – has raised $1-million for Halton Women’s Place.

I also sit on the board of Halton Women’s Place, and am incredibly proud of the work done at the shelter and others like it.

Beyond raising much-needed money, the annual walk has also been a chance to engage other men about the root causes of gender-based violence and our role prevent it.

Funding shelters, as necessary as that is, is like filling foodbank shelves without asking why people are hungry.

Gender-based violence has spiked during the pandemic. Calls to help lines have risen dramatically. Workplace violence and harassment have continued even as so many work from home. Reports of sexual assaults at universities continue to make headlines.

It was extremely troubling to read the Canadian Femicide Observatory for Justice and Accountability’s report of an increase in the murder of women and girls in 2020 with an average of one woman or girl killed every two and a half days. The report, titled #CallitFemicide sets out the gendered factors and patterns behind those deaths.

For every murder, we know there are countless other women living under the coercive control of men. Risk factors and inaccessible resources are worse for women facing multiple forms of discrimination: disabled women, trans women, Black, Indigenous and women of colour.

I urge the men who joined me to raise funds for shelters once a year to stay active all year round on the issue of gender-based violence.

Within the workplace, we bargain the Unifor Women’s Advocate as part of a workplace domestic violence policy. We build on the domestic violence leave that is in employment standards laws by bargaining longer leaves where necessary and ensuring that there are confidential processes to access paid leaves.

We push employers to recognize a minute of silence on December 6th for the women who died at the École Polytechnique, as well as all victims and survivors of gender-based violence including missing and murdered indigenous women, girls and two-spirit people.

In sectors that have particular forms of harassment and violence, such as in the media sector where online harassment is a growing problem, we join with the International Federation of Journalist to implement policies and remedies address this unacceptable workplace hazard.

The recent federal election was a chance to continue our political action – pushing for implementation of the 231 Calls for Justice in the MMIWG Inquiry Report, a National Action Plan on Gender-Based Violence, and increasing income security and social supports, vital elements of safety. The Conservative’s flip flopping on gun control was a key factor in their defeat and I was glad to see their position rejected.

We are strong supporters of the United Nation’s Convention 190 and Recommendation 206 aimed at eliminating harassment and violence in the world of work. We will be urging Canada’s swift ratification of this Convention.

Provincially, we continue to push for domestic violence to be included in workplace hazards under occupational health and safety.

As we gathered this past weekend to “walk a mile in her shoes,” we’ll be providing crucial funds to the overstretched shelter system.

I’m proud of that work. But our real work will be eliminating the need for these shelters in the first place. This can only be done by men engaging men and getting at the root of gender-based violence.