A Quebec Council marked by a spirit of commitment and solidarity 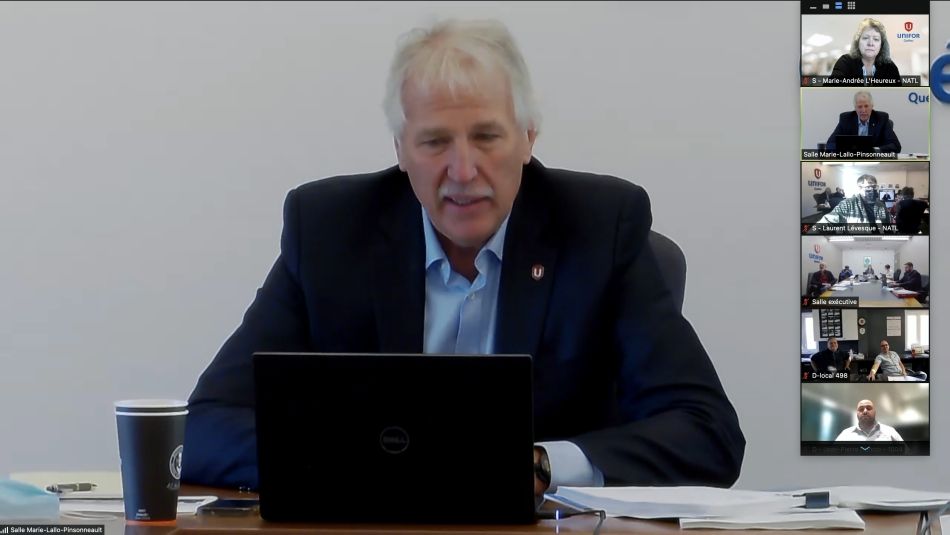 The 15th Quebec Council was held virtually in November, with nearly 250 people participating.

Quebec Director Renaud Gagné kicked things off with an overview of the major files that have kept the union busy over the past months and weeks. This was followed by presentations on the negative repercussions for health and safety of the adoption of Bill 59 as well as on issues related to violence against women.

Other guests of note included National Secretary Treasurer Lana Payne, who delivered a vibrant speech to the Quebec delegation.

“We have seen what we can accomplish together. By mobilizing, we can bring about change. Let’s make a commitment to continue our work. When we fight, we can win. When we work together, we are stronger.”

Local 177 representatives from the Ash Grove cement plant (CRH Canada) also addressed the delegation to talk about the battle they have been forced to wage with their employer.

“This multinational is engaged in a fight to the finish against the union,” Gagné reminded the audience.

He also encouraged local unions to show generosity by financially supporting this group, which has been locked out since May 22. In a testament to the solidarity of members, a sum of $58,600 was raised in support of these workers.