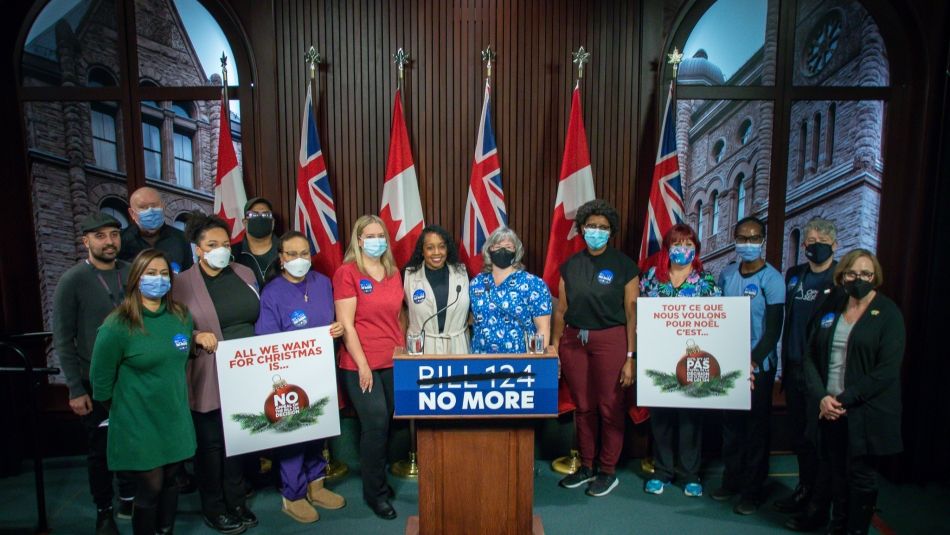 "Bill 124 helped create the staffing and health care crisis. The courts were clear that it is a clear violation of workers' constitutional rights. This government is not above the law. They need to accept this decision," said Unifor Ontario Regional Director Naureen Rizvi, referring to the recent ruling by the Ontario Superior Court ruling that found Bill 124 unduly infringed on workers’ rights.

Premier Ford has issued his traditional season's greetings card to Ontarians. This year, Ontario hospital staff had a special holiday card delivery of their own for the Premier with a simple message they want him to take to heart: Respect the Bill 124 decision; don't appeal.

While season's greetings focus on merry and bright, it's hard for front-line staff at Ontario's hospitals to feel festive as they continue to struggle with high patient levels, too low staffing, and the continuing exodus of co-workers. 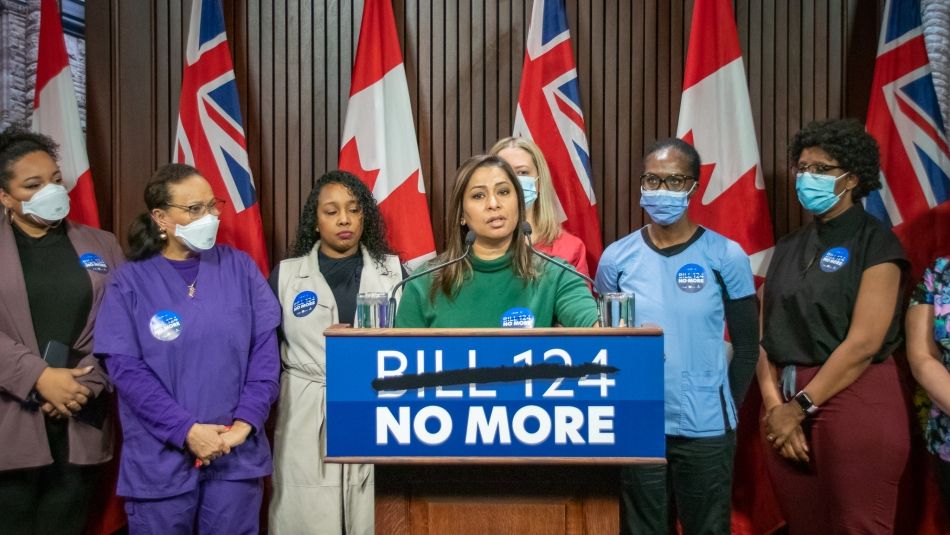 "70% of RPNs say they can’t provide adequate patient care. Nearly half are considering leaving their job. Twice as many nurses quit their job than in the last 5 years. They are burnt out, overworked, disrespected & underpaid," said Rizvi at the union coalition media conference.

On November 29, the Ontario Superior Court of Justice struck down the Ford government's Bill 124 – the wage cap law – as unconstitutional. Now, hospital workers want the Premier to accept the court's decision and drop a costly and disrespectful appeal that will result in more health care staff leaving their jobs.

Together the unions represent 295,000 Ontario health care staff including those working in more than 100 hospitals across the province.

In addition to the holiday card drop, hospital workers across the province will be wearing stickers saying "Bill 124 NO MORE" as a visible, silent protest against the PC's intent to appeal the Bill 124 decision. They are jointly calling for the PC government to invest time and funding into working on staffing solutions along with their unions; not into fighting them in court. 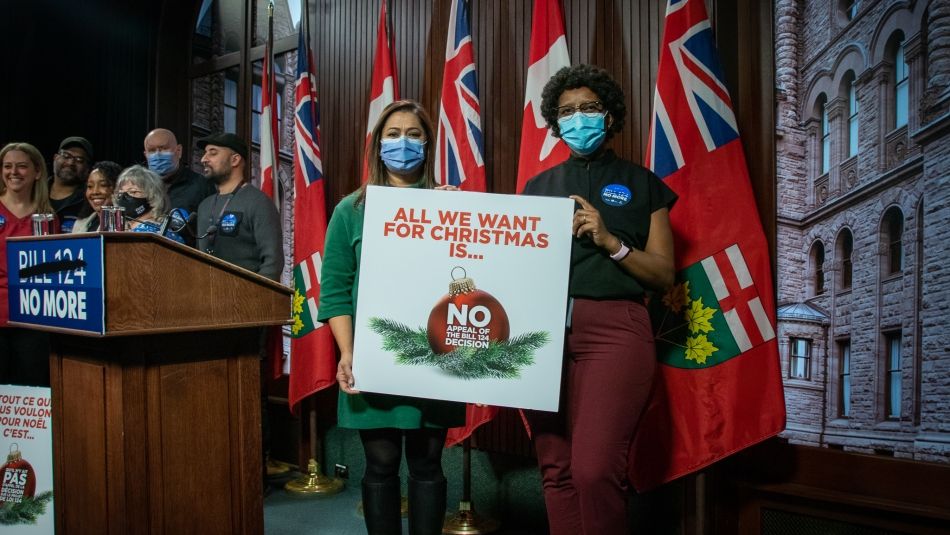