Nestlé workers on strike in Toronto 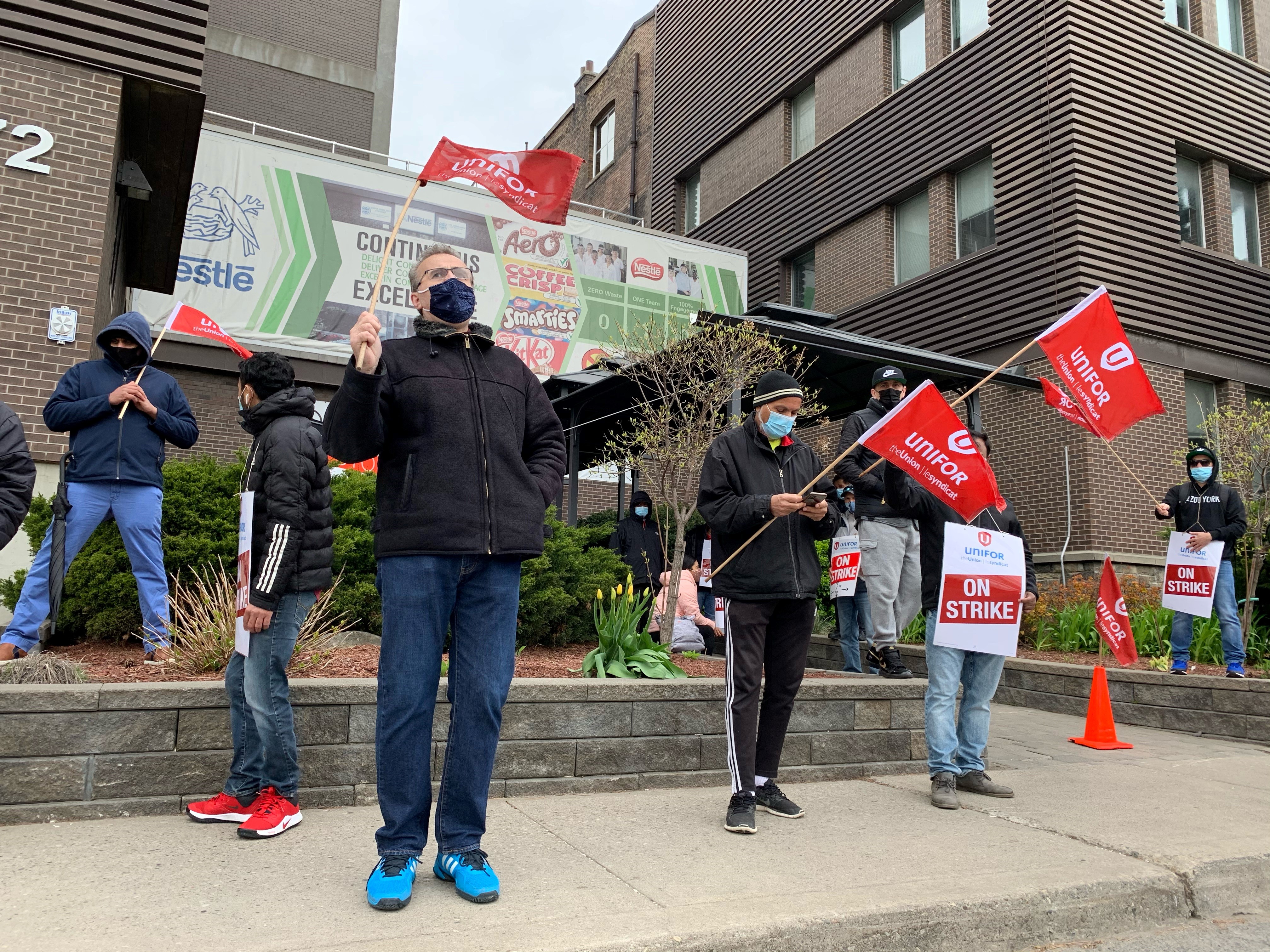 May 1, 2021
TORONTO – More than 470 workers went on strike at a Nestlé Canada manufacturing plant in Toronto at midnight Saturday after contract negotiations between Unifor Local 252 and the chocolate company broke down.
"It’s a sad state of affairs," said Eamonn Clarke, President of Unifor Local 252. "We’ve opened the door to precarious work and the company has taken advantage of it, using it to line their own pockets, make more profits and they don’t want to share anything with the workers."
The workers, who manufacture Kit Kat, Aero, Coffee Crisp and Smarties, have been in a legal strike position since midnight on April 30.
Clarke said a few contracts ago, the committee worked to get the contract workers – roughly 80 of them – made permanent on temporary basis.
Nestle agreed every year to take 10 more of them and move them up to a P1 status, which would make them permanent and entitled to benefits.
"Full-time work should mean a full-time job," said Jerry Dias, Unifor National President. "Precarious work, and specifically the use of temporary workers in a permanent full-time capacity, is a growing problem. The gig economy, especially during the pandemic, has shown that Nestlé should be ashamed.”
There are a couple of temporary workers at Nestle who for more than two years are not getting 1,000 hours a year. The company said it would move temporary workers automatically to full-time status when they reach 8,000 hours – an impossible feat, especially if they have family obligations.
“The company’s been dragging their feet,” said Dias.
In addition to the classification of temporary employees at Nestlé, members are also seeking better pension contributions.
There are no scheduled dates as of yet for negotiations to resume but Local 252 is prepared to return to the table anytime.
Unifor is Canada’s largest union in the private sector, representing 315,000 workers in every major area of the economy. The union advocates for all working people and their rights, fights for equality and social justice in Canada and abroad, and strives to create progressive change for a better future.
For more information, please contact Unifor National Communications Director Natalie Clancy: @email or (416) 707-5794.