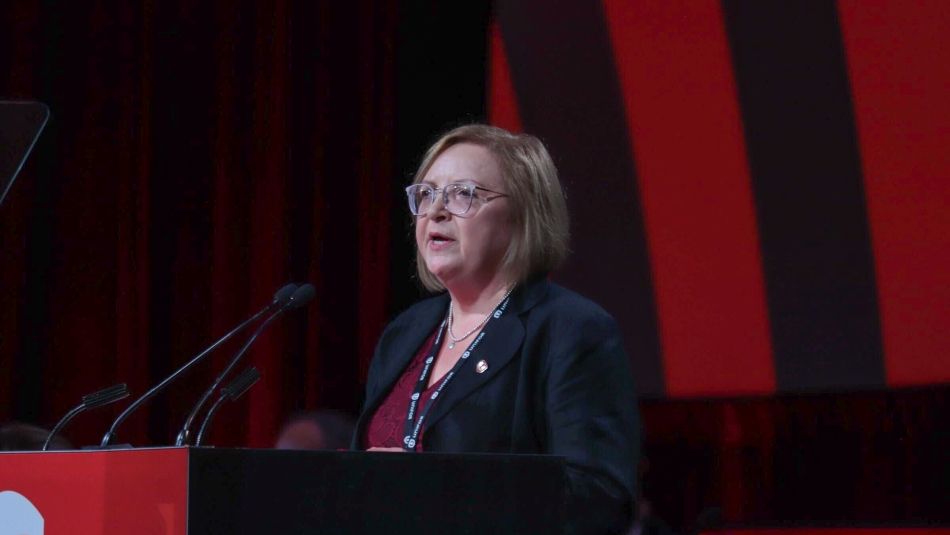 After more than two years of a pandemic that has seen many Unifor members suffer layoffs and job losses, particularly in sectors such as transportation, hospitality and gaming, Payne observed a culture shift in how workers view unions and their importance in today’s workplaces.

“Friends, we are in a moment, a moment of renewed worker militancy, and we must seize this moment,” said Payne in her opening remarks. “The power of a union isn’t measured by any one thing, or any one person, but in the sum total of its actions, our collective actions – at the bargaining table, in union halls, in our communities, and, yes, in the streets.” 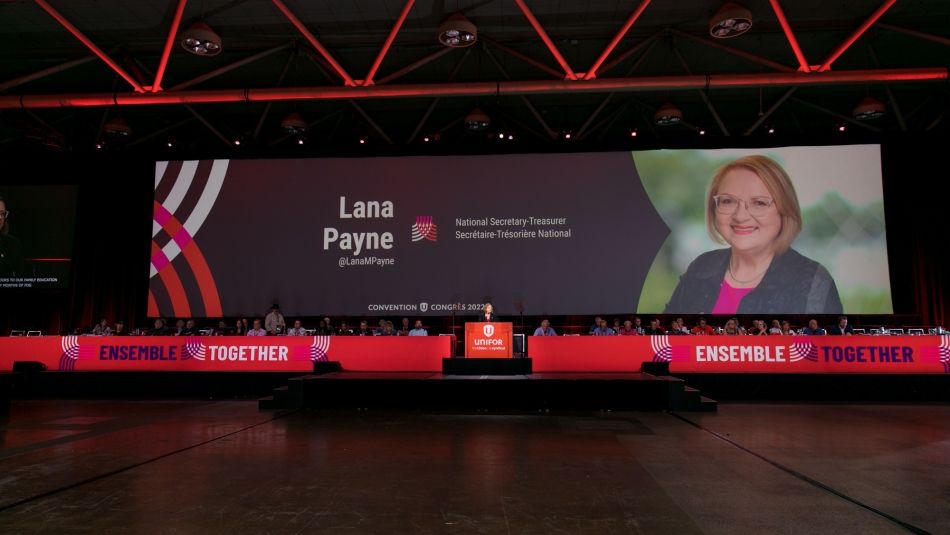 Payne warned of the political challenges ahead as Conservatives are poised to select perhaps the most anti-worker leader the union has encountered, the Stephen Harper-endorsed Pierre Poilievre. A federal government led by Poilievre stands to tear apart public institutions and services and hand them over to private corporations, she said.

“We have to see this for what it is, and that’s a class war,” said Payne.

Rising interest rates and cost of living are an increasing pressure on working Canadians and something she said the union must be address at bargaining tables and through political action.

“In the coming months we will see the true impact of the heavy-handed actions taken by the Bank of Canada – raising interest rates at a speed we haven’t seen in decades,” said Payne. “Slowing inflation by throwing workers into unemployment, even before workers’ wages are able to catch up with rising costs, is despicable.”

In her report on the union’s finances, Payne outlined the steps she has taken as Secretary-Treasurer to adopt a budgeting culture, facilitate and improve dues collection, and set the union on firm footing following years of disruption and the turmoil of the pandemic.