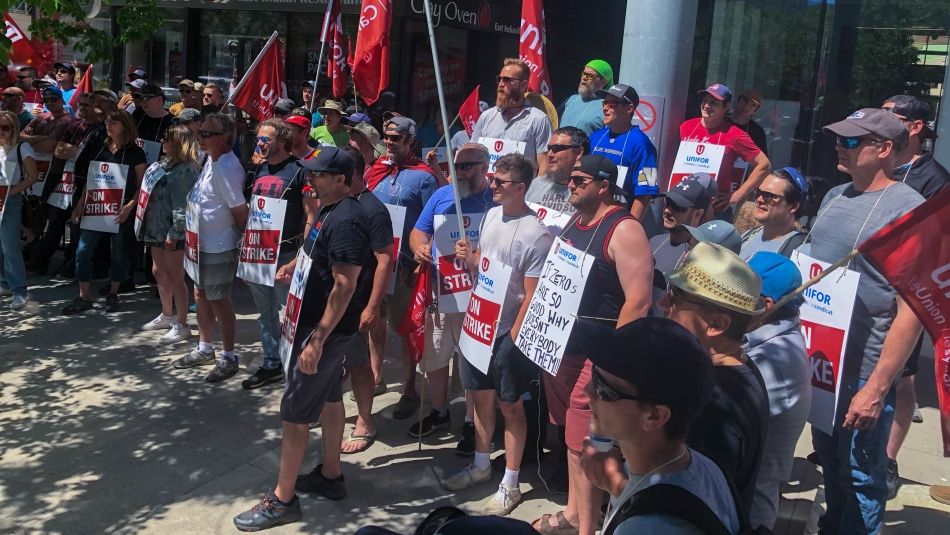 "The public utility's projected record profits this year could easily pay for Hydro workers' wage increases a thousand times over," said Gavin McGarrigle, Unifor Western Regional Director. "The only reason we don't have a collective agreement today is because the Premier is out for revenge and wants to punish natural gas workers for standing up to the government's bogus layoff scheme."

Although Manitoba Hydro is technically an arms-length Crown corporation,  the government has clearly limited the ability of its board to meet the union’s reasonable contract demands, says Unifor.

“Make no mistake, the Stefanson government is driving the bargaining agenda at Manitoba Hydro,” said McGarrigle. “It’s not right that Manitoba Hydro customers are going to suffer service disruptions over the premier’s personal grudge.”

According to media reports, Manitoba Hydro is poised to earn a net profit of more than $430 million in 2022–23 and collect $500 million or more in fees. Natural gas workers on strike represent only 4% of the total Manitoba Hydro payroll.

“Throughout the pandemic, Local 681 members were on the front lines of in-home service,” said McGarrigle. “Refusing them a fair wage increase is no way to thank them.”

Today’s strike action terminates at 6:30 a.m. on June 18 and Local 681 members will return to work. Strike action will take place intermittently over the course of the next 60 days.