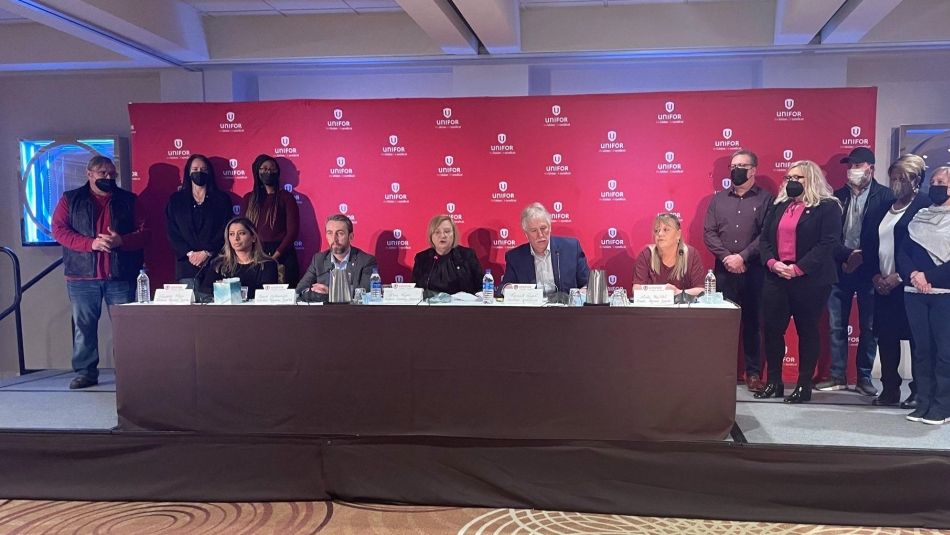 TORONTO– The Unifor National Executive Board has determined that former National President Jerry Dias stands charged with breaching  Article 4, Code of Ethics and Democratic Practices, of the Unifor Constitution after an independent external investigator determined that on the balance of probabilities Dias breached his obligations in an interaction with a third party supplier. The breach did not involve any Unifor finances.

“Unifor is built on a democratic foundation that holds all members to the highest of standards. Our Constitution has strong checks and balances, a robust code of ethics and comprehensive enforcement procedures to ensure that the conduct of all elected leaders reflects the responsibilities entrusted to them,” said Unifor National Secretary-Treasurer Lana Payne, who commissioned the investigation after receiving a formal complaint against Dias on January 26, 2022.

“Unifor is committed to transparency in this matter. Our Constitution requires that an investigation be conducted in a confidential and fair manner. Now that the investigation has concluded, Unifor wishes to share the results with its members. Every step was taken to investigate and bring this matter to light in a fair and timely manner.”

An investigator determined that Dias engaged in a number of breaches of the Unifor Code of Ethics by accepting money from a supplier of COVID-19 rapid test kits that he had introduced to employers of Unifor members.

None of the employers had knowledge of Dias’ personal interest in the transactions; as such Unifor has not identified them. The supplier was not a participant in the investigation so will not be identified.

Based on the information available to her, the investigator made the following findings, on a balance of probabilities:

Dias was asked to participate in the investigation. However, the investigator’s findings were made without the benefit of his evidence. He has provided medical documentation indicating that he suffers from a number of health issues and went on medical leave on February 6, 2022. On March 11, he notified the Unifor National Executive Board of his immediate retirement due to health issues.

The results of the investigation were provided to the National Secretary-Treasurer on March 15, 2022. On March 21 and 22, the investigator’s findings were received and reviewed by the National Executive Board. Based on the findings, Dias now stands charged with violating the Unifor Constitution.

“No one is above our Constitution. Dias’ actions as outlined in the findings are disturbing and if confirmed by the hearing were a clear betrayal of the duties of office, and the trust that each of us as members put into our union,” said Unifor Québec Director Renaud Gagné. “The actions of one individual do not reflect our union.”

The next step, as outlined in the Unifor Constitution, will be a hearing before the National Executive Board. During the hearing, Dias will have an opportunity to fully present information and arguments concerning the charge.

Unifor is currently seeking legal advice regarding any legal obligations arising from these events.

“Our trust in one individual has been broken, but our confidence in the integrity of our union remains strong.  I hope that members will recognize the strength of the Constitution that Unifor was built upon. Our union has stood this serious test and the integrity of our process has proven that accountability and transparency to our members is and will always remain our first priority,” said Payne.