The challenges, past and upcoming negotiations and current events are keeping the entire organization busier than ever.

Daniel Cloutier recalled the lockout at the Ash Grove cement plant in Joliette. For more than 14 months, members of Local 177 have been fighting with energy and determination for the respect of their rights. And despite numerous meetings in conciliation, no agreement is in sight for the moment.

An original support campaign has been launched to encourage locals throughout the labour movement to "Adopt a locked-out worker" which will provide recurring funding for members in dispute.

The Quebec Director also spoke about the many past and upcoming negotiations that will affect thousands of members in Quebec and across the country. He highlighted the important gains made in the renewal of several labour contracts in the rail, telecommunications, forestry, etc. Several large groups are in the works, including the energy locals (National Energy Program - NEP) and Bombardier.

Ongoing campaigns are also very active in Quebec. Whether it is the warehouse organizing campaign, the "Putting Canada Back on Track" campaign for an $18 minimum wage, the boycott of GE Hotpoint Mclary and Moffat appliances, the "Stop the Transfer of Airport Contracts" campaign or the campaign for the right to work in French, the work is enormous.

Decarbonization and the fight against climate change will affect many Unifor members. In this regard, Cloutier recalled the adoption of an important work plan within the locals during the last Quebec Council.

A key event in the fall will be the election of a new government in Quebec. In collaboration with the QFL, Unifor Québec is working on an action plan to put forward several demands. "Although the CAQ government is probably headed for a tidal wave, we need to present our priorities to the candidates," he said.

On a sadder note, Cloutier wished to remember the many people who have died recently. "It is important to me to pay tribute to the people close to us, activists and retirees who have left us in recent years. I have a special thought for our colleague and friend, François Gignac, who left us suddenly last May. "

Cloutier concluded his report by thanking his team and the locals while emphasizing that "the union is not the business of a single person, it is together that we will work and advance towards the common good, by putting the interest of the members at the center of our actions.​ " 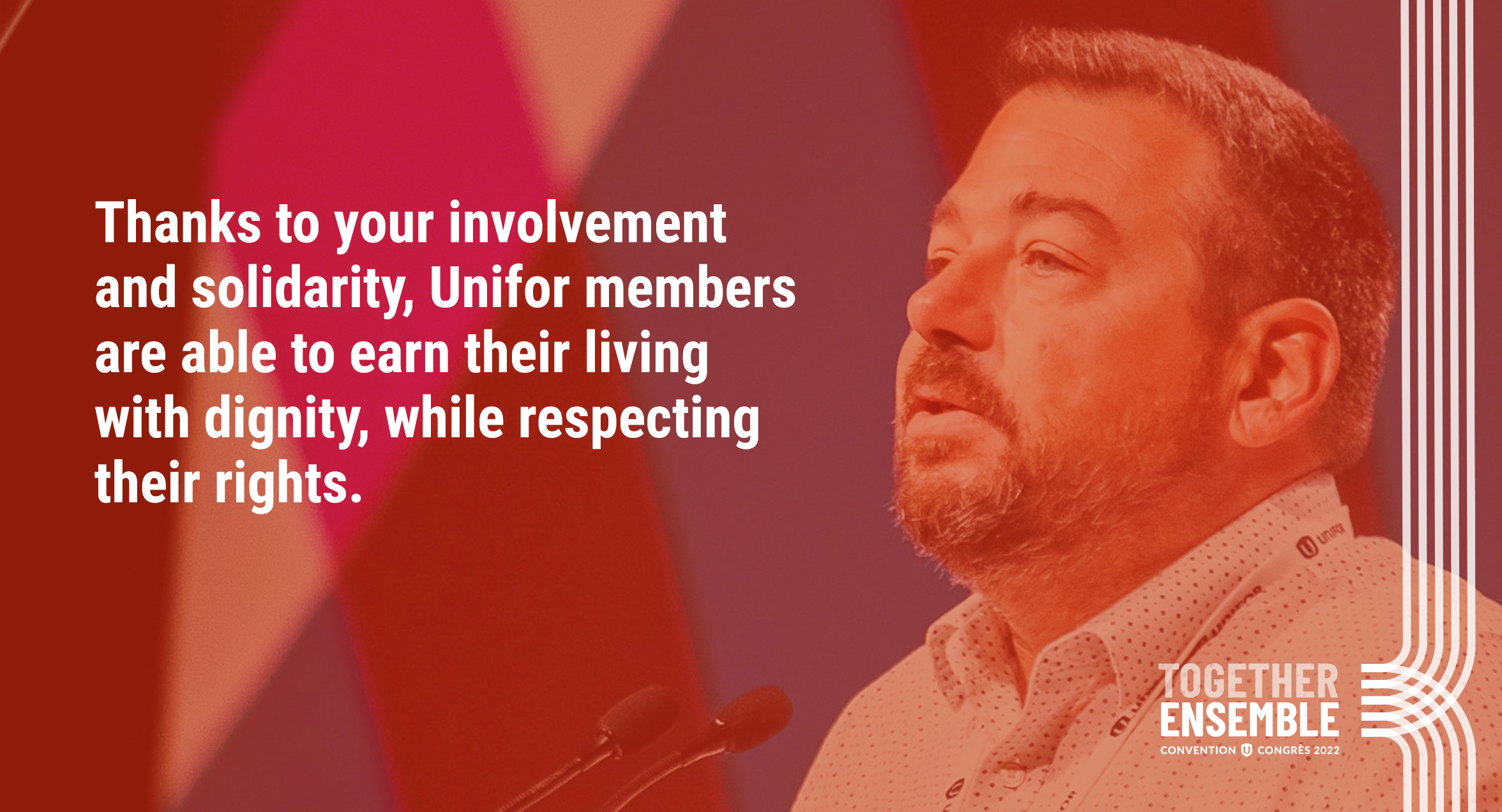