Consumers should direct their anger at Canada’s CEOs, not its workers 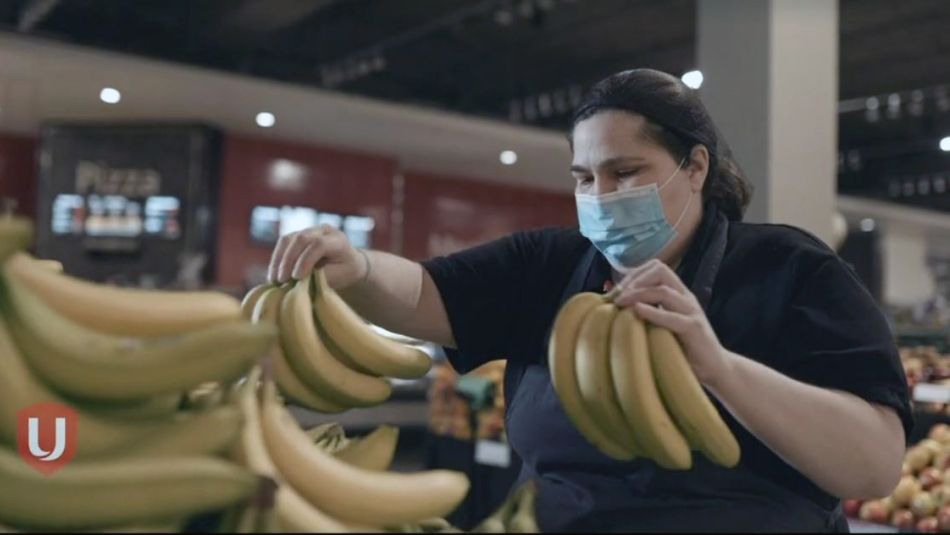 We all want this pandemic to be over, and life to get back to normal. I get that.

It couldn’t be clearer, however, that we are nowhere near the end. Health-care systems are at the breaking point, and some public health restrictions are being reintroduced.

As we all saw, COVID laid bare some of the worst problems facing our society: an escalating housing crisis; underfunded health care; a deep and structural racism oppressing Indigenous, Black and other marginalized people.

While the pandemic exposed these problems, the underlying cause is toxic capitalism. But in workplaces across Canada, it’s front-line workers who are taking the blame from customers when things go wrong. They are harassed and abused because of the frustrations caused by corporate greed, and compounded by the COVID crisis.

Airline workers. Grocery store workers. Health workers. Telco workers. Hotel and restaurant workers. You name it. When a flight is delayed or cancelled, an ER patient receives hurried care in a hospital hallway after a 24-hour wait, a telco network crashes leaving some customers unable to even dial 911, or a restaurant is short-staffed and turning away guests, it’s the front-line workers who catch hell from the consumer public.

It’s an unfortunate fact that when something goes wrong, the company’s CEO is far from the scene of the crime, so to speak. But front-line workers are always there, front and centre — a perfect target for the anger, disappointment and frustration of consumers and clients.

Canada’s corporate class has made out like bandits for decades, paying low wages and chronically understaffing to drive down labour costs, and subcontracting work to reduce the number of employees on their books. After years of creating precarious, high-turnover and low-value jobs that kept working people living on the edge of poverty and struggling to make ends meet, the COVID crisis brought the whole house of cards tumbling down.

From June 2021 to June 2022, year-over-year inflation was 8.1 per cent, but average wages increased by only half that rate. Indeed, when adjusted for inflation, average wages actually fell by 2.2 per cent. At the same time, corporate after-tax profits as a share of overall economic activity in Canada are the highest on record. Price hikes are far outstripping companies’ cost of doing business.

A closer look at one sector we all rely on — groceries — reveals what’s actuallygoing on with Canada’s economy right now. The cost of groceries has gone up 8.8 per cent in the last year, higher than the 8.1 per cent for all products.

Not surprisingly, Canada’s “Big Three” grocery companies, Loblaw, Empire (owner of Sobeys) and Metro, have seen massive profits generated by their above-inflation price hikes. In the first financial quarter of this year, these three companies respectively saw gross profit margins of 31, 25 and 20 per cent.

Recently, newly organized WestJet workers voted overwhelming for a strike mandate before entering into negotiations with the company. Even as business picks up for airlines, front-line airline workers are at the brink, facing verbal abuse and physical harassment.

Governments have failed these workers. Despite the success of many support programs early in the pandemic, governments across Canada have mostly given up helping front-line workers.

We need to rein in pandemic profiteers and make “worker empowerment” the north star that guides policy-making. Now is the time for government to bring in stronger labour standards, higher wages, job transition supports and improved workplace safety.

The world needs a little kindness towards workers — the people who lifted us up throughout the pandemic. Remember that it’s the CEOs and executives who set the prices, staffing levels, wages and working conditions we all find so frustrating.