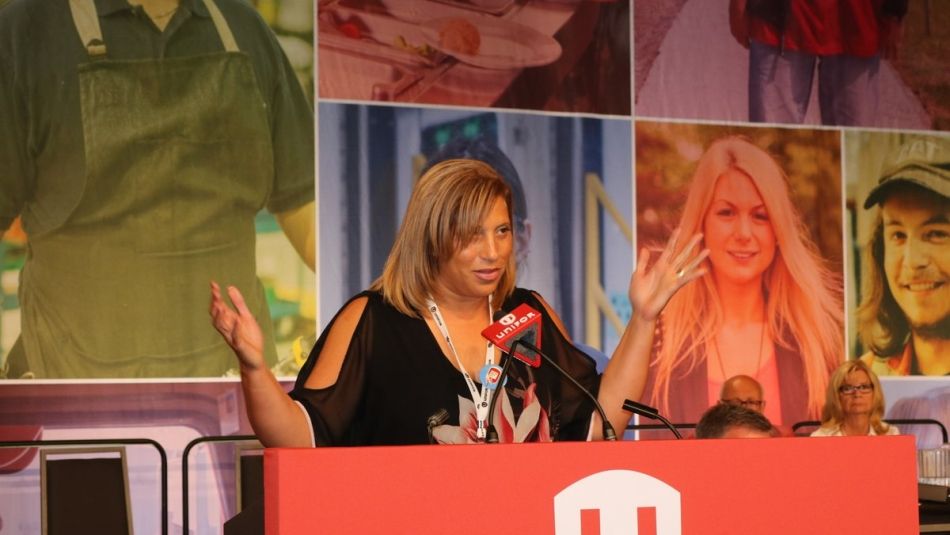 Canadian Council continued on day two with a jam-packed agenda that included the latest on organizing, equity, and strikes and lock-outs.

“It’s damn well time for our governments to legislate strong and enforceable anti-scab laws in every jurisdiction in this country,” said Jerry Dias, Unifor National President.

Delegates learned that Unifor’s organizing department has brought in 285 new units from every sector of the economy, for a total of 21,819 new members.

“Together we will all continue to build what is already the largest union in the private sector and the most progressive union in Canada,” said Chris McDonald, Assistant to the National President.

These successes are even more significant in light of employer-friendly labour laws that discourage union activism.

The discussion shifted to to NAFTA as guest speaker Raymond Bachand, Quebec’s chief negotiator,  shared his insights on the trade talks.

Delegates learned about Unifor’s Equity Audit and the development of model language, tools and resources, and other efforts better reflect the union’s diversity at the local and national union level.

Recommendations from the National President were overwhelming supported, including a plan for active participation in member-to-member engagement in advance of the 2019 federal election and a commitment to push the federal government to legislate pay equity.