We are demanding Premier Heather Stefanson and her ministers step up and push for a strategy to combat racism.

With the continued calls for racial justice, dismantling systemic racism and truth and reconciliation with Indigenous peoples, the Manitoba government needs to establish an anti-racism action plan now.

The government must make a conscious effort and deliberate actions to ensure public policies, programs and services provide equal opportunities for all people on both individual and systemic levels – all with the input of Black, Indigenous and people of colour.

Silence and inaction foster a culture that allows racism to flourish, sometimes to devastating effects.

Hundreds of unmarked graves have been discovered since May 2021 on the grounds of former residential schools across Canada. Asian and Muslim communities across the country have reported a rise in racist behaviour during the pandemic. The murder of George Floyd by a Minnesota police officer sparked a worldwide protests against police brutality towards Black people. Let's not pretend this is an American only issue. There were many Black, Indigenous and people of colour murdered as a result of racism in the same year.

The federal government, Ontario, British Columbia, Nova Scotia and Alberta already have anti-racism strategies or advisory councils in place. Cities, such as Fredericton, Edmonton and Hamilton, also have their own anti-racism initiatives. It’s time for Manitoba to join them.

Unifor is asking the Stefanson government to establish an anti-racism consultation group to provide advice and strategies to combat racism, including using race-based data collection when creating or reviewing government programs or services.

We urge the province to remove systemic racism barriers and language barriers when it comes to accessing government services and public information.

This includes mandatory anti-racism training for police, prosecutors and judges, as well as the creation of a task force for reporting and combatting hate crimes. Annual progress reports on the anti-racism strategy plan should be available to the public.

Add your voice today and tell your local MPP, Premier Heather Stefanson and Manitoba Indigenous Reconciliation and Northern Relations Minister Alan Lagimodiere that Manitoba needs a plan to tackle racism within its communities. 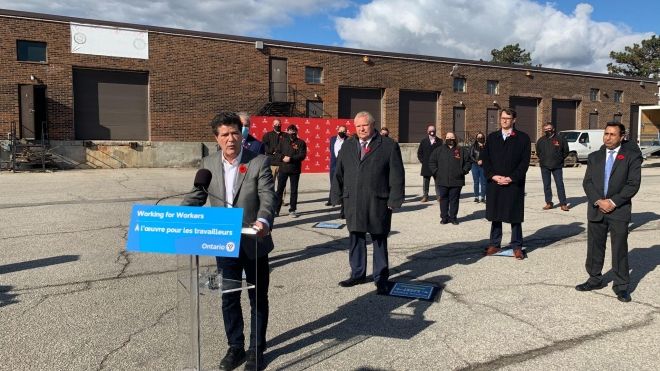 Ontario $15 minimum wage a step on path to living wages