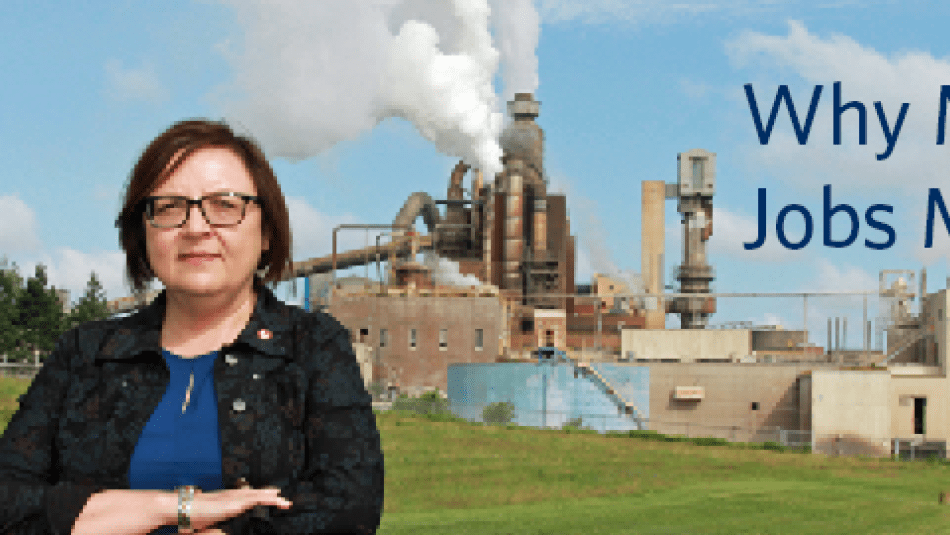 For some time now, there has been a heated debate about the Northern Pulp mill in Pictou County.  There are more than 330 people who work at the mill, the vast majority of whom are members of Unifor, Canada and Nova Scotia’s largest private sector union and largest forestry union. They are community volunteers, single moms, hockey coaches and mill workers. They raise their families in Pictou County and are proud to do so. Their jobs and work are important to the economy of the region and to the social fabric of the communities of the county.

They are among the thousands of people who derive a living directly or indirectly from the mill, including workers at sawmills across the province, contractors, truck drivers and Halifax Port workers where the mill accounts for  37% of Nova Scotia’s exports to China.

Their decent incomes contribute to the province’s tax base, supporting schools and health care services, boosting retail sales and contributing to thousands of spinoff jobs. They are concerned about the deep divisions in their communities.

As Canada’s largest forestry union, Unifor knows about mills and the technology available to modernize them. Some of proposals floating around in the public are frankly just not possible.

The reality in the case of the Pictou mill is if there was a better technology for the proposed effluent treatment plant our members would be the first to say it should be used. They want what is best for their community too.

Their friends and neighbours are harvesters. They have union sisters and brothers who derive their living from the fishery in Nova Scotia, Newfoundland and Labrador and New Brunswick.

We want to ensure like the forest sector, that the fisheries sector, including in the Northumberland Strait, is healthy and sustainable for generations to come.

It is worthwhile to point out that since Paper Excellence took over the mill six years ago, it has invested tens of millions of dollars modernizing the facility, as it should have and should continue to do until Northern Pulp can be counted among one of the most modernized and environmentally sound in Canada.

The improvements (including a new precipitator and converting from bunker C fuel to natural gas) have reduced recovery boiler emissions by 80 per cent.

As workers, this is our goal: a modern facility that meets and exceeds environmental targets, that supports a sustainable forest sector and provides economic stability for the region for years to come.

Today’s debate is focused on the proposed effluent treatment centre. Some of those opposed to the new facility say the problem is the company merely refuses to build a “closed-loop” system because it is too costly.

To be very clear, not a single bleached elemental chlorine free (ECF) Kraft mill in the world has a closed-loop, or “no pipe” system. Such technology doesn’t exist for this type of mill which currently produces bleached Kraft pulp which is used to produce toilet paper and many other products for Asian and North American markets.

Therefore, no pipe means no mill and the loss of a significant economic base for the region and thousands of workers.

Unifor members know that they will never change everyone’s mind about the mill, but we will not accept not having a say. We will be at the table in this debate, and we would encourage our friends, families and neighbours to consider the importance of these jobs to our communities and the entire region. We would ask that you understand that we do not want to cause any harm to anyone else’s livelihood. This is why we are committed to the environmental assessment process the province has laid out. We would hope everyone would give this assessment process a chance to do its work.

And we would point to other areas of the country where mill workers, fish harvesters and First Nations peoples have found a way to work together, to find consensus where possible for the betterment of our communities.

There is a lot at stake, but there is also a lot that can be resolved through dialogue.