“We will push back,” Dias tells CUPE convention delegates 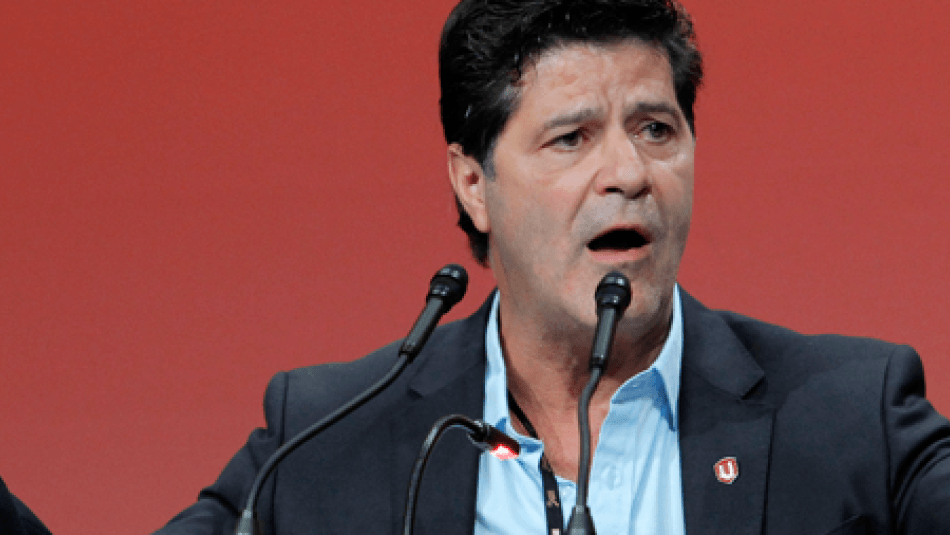 Unifor President Jerry Dias lit up the CUPE convention hall and the Twitterverse with his call to put young people in this country back to work.  He spoke to the more than 2,500 delegates and observers attending the union’s 50th anniversary national convention on October 22 in Quebec City.

Noting that Unifor and CUPE together represent almost a million members, he stressed the responsibility our size entails, and in particular the duty we have toward young people who are feeling betrayed because of the policies of government.

“Young people have always been told to get an education… go to college, get a diploma, go to university, get a degree, upgrade your skills and jobs will be waiting.  Well guess what? Seven hundred thousand manufacturing jobs later, there are no jobs for young people.”

“It’s time for the trade union movement to take back our country to put young people back to work,” he said to resounding applause.

Dias also had sharp words for the Harper Conservatives’ attack on trade unions, bringing delegates to their feet with a promise to “push back.”

He reminded them how the federal government has repeatedly attacked unions, interfering in collective bargaining five times in the last two years – three times with Air Canada, once with the postal workers, and once with rail workers.

“Why is it that they can order us back to work, yet Harper can prorogue his government four or five times? … I don’t see the labour minister ordering herself back to work…

“One thing about us, when we are pushed, we will push back.”