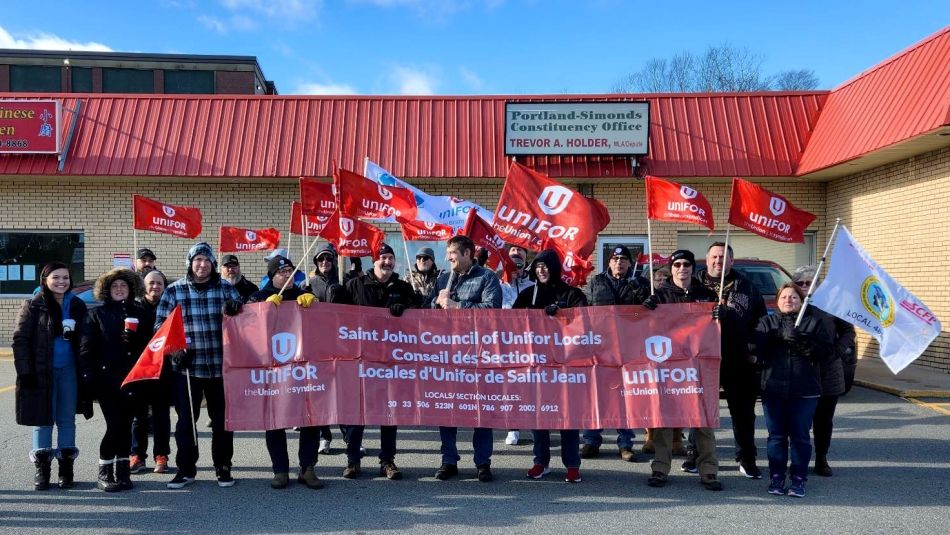 “The labour movement will not sit quietly while Premier Blaine Higgs passes legislation that strips rights away from the hard-working people of this province,” said Daniel Legere, President of the New Brunswick Federation of Labour.

“The Higgs government wrote and passed Bill 23 without any consultation from labour. As expert negotiators and labour representatives, we are concerned this government does not understand the impacts this bill will have on labour relations in the province,” said Jennifer Murray, Unifor Atlantic Regional Director. “We will fight this and all anti-worker legislation.”

Public and private-sector unions have been outspoken against Bill-23. The legislation enables government to employ scab labour which leads to longer, more frequent and more contentious labour disputes.

Simultaneous rallies will also be held at the offices of Progressive Conservative MLAs Arlene Dunn, Jill Green, Ernie Steeves where representatives will be available for comment.

The New Brunswick Federation of Labour (NBFL) is the central voice of organized labour in the province. The NBFL is made up of 19 affiliated unions, 336 locals and six District Labour Councils representing more than 40,000 workers across the province.