Unifor works to save Alberta forests from the pine beetle

Alberta’s forestry industry faces a serious threat from the mountain pine beetle that could severely damage the industry for years to come.

Forestry is the largest industry in dozens of communities in the West Yellowhead corridor. The industry helps diversify Alberta’s economy and is central to Alberta’s strategy to transition into a low carbon world.

Spread mostly by the wind, the Mountain Pine Beetle feeds on several species of pine trees until they are dead. Pine beetle populations are most effectively contained through extensive surveying and controlled burning around the perimeter of affected areas.

However, the latest infestation started last year in the federally regulated Jasper National Park. Inaction from the federal government let the pine beetle infestation spread and now, in addition to killing thousands of park trees, pine beetles are damaging areas that the forestry sector relies on, from Hinton to Rocky Mountain House.

Unifor members in the area have been active in industry-wide efforts to control the spread, including a key role on the Hinton Mountain Pine Beetle Advisory Committee.

“It is hard to over-state the threat to forestry jobs in West Yellowhead,” said Don Maclean, Unifor Local 855 President and Advisory Committee member. “The federal government needs to wake up and get involved to save jobs in Alberta’s forestry communities.”

Unifor has set up an online portal for Canadians to write to their Member of Parliament to demand action on the pine beetle: http://petition.web.net/unifor/node/98 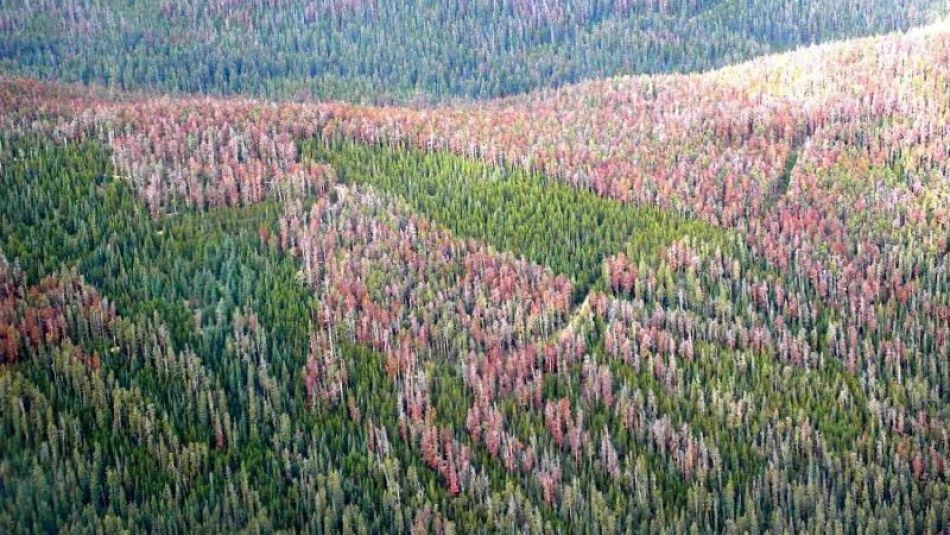