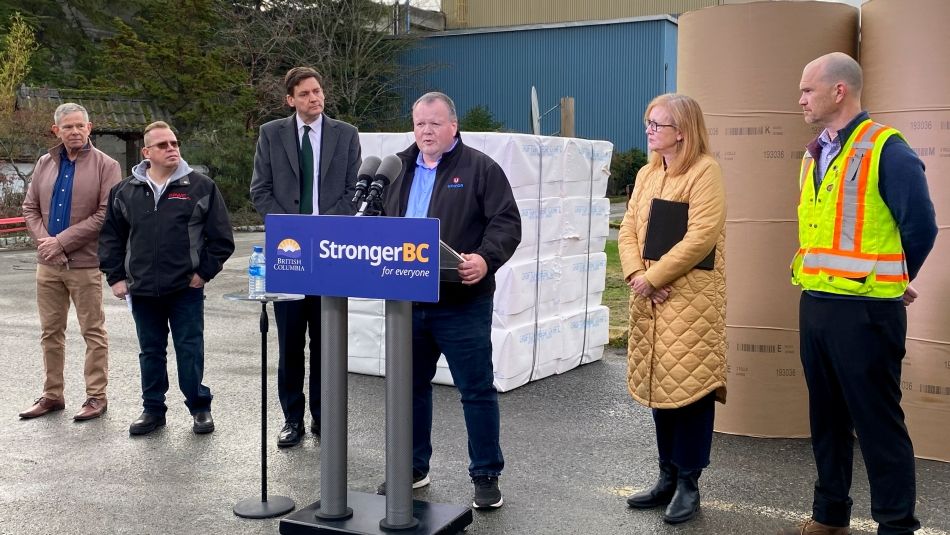 CROFTON, B.C.—The combined investments of the David Eby government, the federal government and Paper Excellence will help recall more than 100 workers at the pulp and paper mill in Crofton.

“This is welcomed news for Vancouver Island forestry workers, their families and their communities,” said Lana Payne, Unifor National President. “Forestry is a cornerstone of British Columbia’s economy, but nobody should take it for granted. Investments like this will pay dividends for generations to come.”

The investments announced today include $14.3 million from the federal government and $4.5 million from the provincial government’s CleanBC program. Paper Excellence representatives say that the funding will enable the restart of its C2 paper machine and upgrade the efficiency of the mill’s boiler.

“It's a step in the right direction for the industry, which suffered greatly under the previous government,” said Gavin McGarrigle, Unifor Western Regional Director.

“After two decades of B.C. Liberal neglect, the province’s forest industry is in dire need of strategic investments. It’s not too late for British Columbia to regain its position as a world leader in forest products, but our governments need to act fast.”

Earlier this week, forestry workers in Prince George received news that the pulp line at the Canfor mill would be permanently closed. Over the course of 16 years between 2001 and 2017, the B.C. Liberal government oversaw the loss of more than 45,000 forestry jobs.

“Getting paper workers back on the job is a huge boost to this community. This mill has a great history and a bright future,” said Travis Gregson, president of Unifor Local 1132.

Local 1132 represents 91 workers at the Paper Excellence facility in Crofton.