TORONTO – Unifor and the union’s Social Justice Fund have donated $146,000 to women’s shelters across the country in recognition of the National Day of Remembrance and Action on Violence Against Women.

“Unifor is committed to work in coalition with women’s groups, community partners and the broader labour movement on ways to eliminate gender-based violence,” said Unifor National President Jerry Dias. “One of the first calls to action from the survivors of the Montreal Massacre was for better gun control. Guns are the most commonly used weapon in domestic homicides and that is why our union stands in support of the Coalition for Gun Control’s campaign to ban handguns and assault weapons.”

Leading up to December 6, Unifor Local unions distributed $2,000 to each of 73 women’s shelters nationwide to fund crisis services to assist women and children fleeing domestic abuse.

“The needs of women escaping violence and seeking equality across Canada remain great,” said Unifor Women’s Director Lisa Kelly. “Our members’ activism has meant many great breakthroughs in legislated paid domestic violence. Paid leave legislation is still not available in all provinces so we must continue to demand action on this as well as protections and programs to eradicate gender-based violence.”

Unifor’s groundbreaking Women’s Advocate program trains representatives in the workplace to assist women with issues of harassment and abuse.  As highlighted by the International Labour Organization in its World of Work magazine, the Advocate will be key to ensuring proper access to the new right to domestic violence leave.

On the National Day of Remembrance and Action on Violence Against Women Unifor members will remember the lives lost at Montreal’s l'École Polytechnique and will take action to eliminate gender-based violence including better gun control.

For more information on the campaign to ban handguns and assault weapons www.triggerchange.ca. 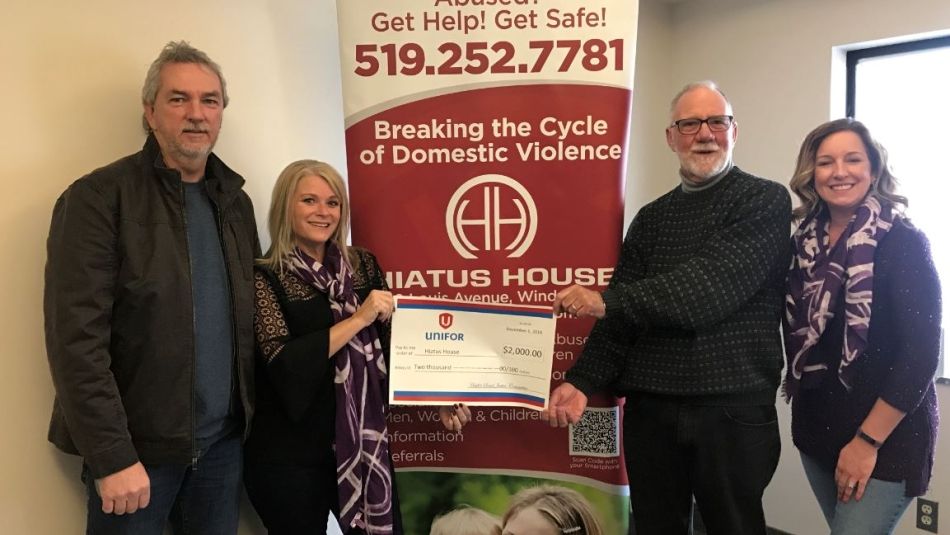