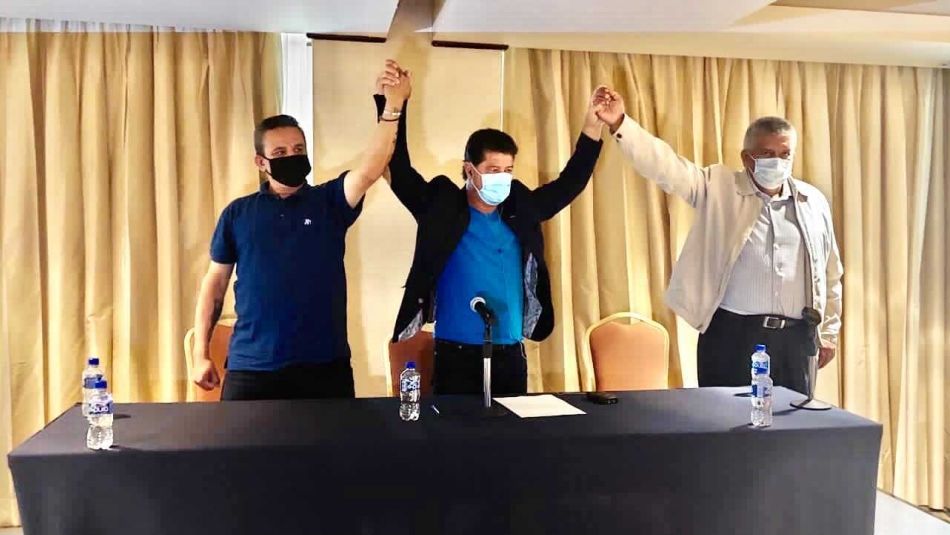 Unifor stands in solidarity with Mexican autoworkers in their fight for free, fair and transparent votes by all members as they fight to establish an independent union, Unifor National President Jerry Dias told a media conference in Mexico City last week.

“The vote on August 16 and 17 should be a historical moment for Mexican workers,” Dias said at an August 4 event streamed live on Facebook.

“I am here to make sure the Mexican government knows the world is watching and expects a fair vote.”

Dias was the main speaker at the media conference, which was attended by several Mexican news outlets and generated numerous stories in Mexican newspapers.

Workers at the General Motors plant in Silao, Mexico, will vote to legitimize their union on August 16 and 17. Reports on past votes at the plant, however, include allegations of illegal vote tampering, ballot destruction and worker intimidation.

“The workers in Silao are finally going to vote on their collective agreement,” Dias said.

Dias said Unifor got involved with the talks to update the North American Free Trade Agreement so the needs of workers in all three NAFTA countries were addressed, saying no worker can make progress if any are being exploited.

Independent unions and free and fair votes are key to addressing inequities, Dias said, adding that every autoworker should be able to afford the vehicles they make. All workers have a stake in the upcoming Silao vote, he said.

Dias has spoken to the Canadian government about ensuring a fair vote, and noted that both the International Labour Organization and the U.S. government are also monitoring the situation.

“The vote will be watched and scrutinized by workers around the world,” Dias said.