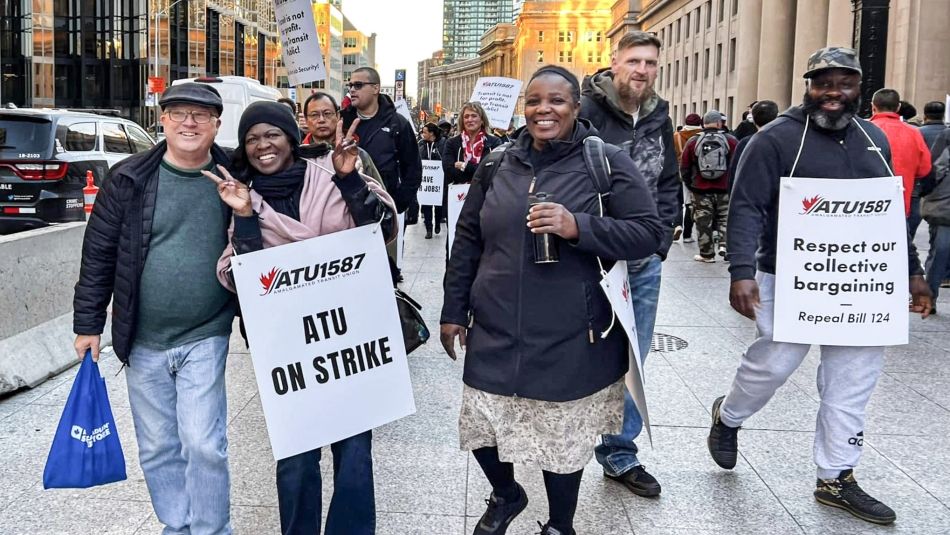 RE: UNIFOR IN SOLIDARITY WITH STRIKING GO TRANSIT WORKERS

On behalf of our entire union leadership, including our 163,000 members across Ontario and our nearly 6,600 transit workers across Canada, Unifor would like to relay our full support and solidarity with the 2,200 striking ATU Local 1587 GO Transit workers.

Transit workers have faced significant challenges over the last two years of the COVID-19 pandemic. During this time, frontline transit staff and operators continued to work day in and day out, ensuring essential workers were able to get to work and back home safely, all while putting their own health and safety at jeopardy. We also know the increasingly difficult and dangerous working conditions transit operators are often confronted with, as we see a rise in verbal and physical harassment and violent assaults by some members of the public.

It is shameful, then, to see transit agencies refusing to bargain in good faith while also actively contracting out union work. Like you, we are increasingly concerned about the ongoing trend of transit agencies contracting out work done by our highly trained and experienced members. Not only does this lead to growing job insecurity, but also degrades overall working conditions, while endangering both worker and public safety.

Over the last year, labour actions have surged across Canada, as workers refuse to sit idly by while their working conditions deteriorate and wages and benefits lag behind the growing cost of living. If the recent fight between the Ford government and education workers has taught us anything, it is just how critical and powerful a united labour movement and working class can be.

In that same spirit, Unifor stands united with ATU Local 1587 members and are ready to take action to ensure GO Transit workers reach the fair collective agreement that they deserve.